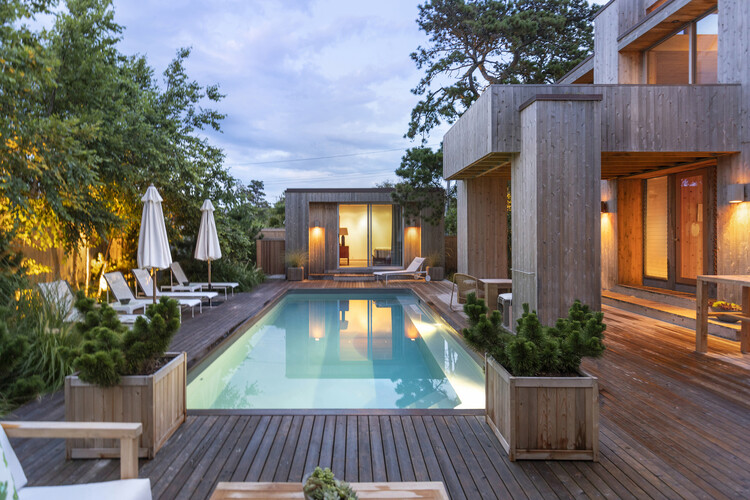 Text description provided by the architects. Nestled into a wooded site on a sandy barrier island is a modern masterpiece: a 1965 house designed by architect Horace Gifford, who was responsible for some 60 glass and cedar houses on the island. Andrew Franz Architect, along with interior designer Peter Dunham, designer Jamie Bush, and landscape architect Tania Compton, renovated the house as part of a master plan that included a new guest house, pool, exterior stair, new decking, and circulation paths, and relocated entry pavilion.

As a team, “I think we all fell in love with this house,” says Franz, “and therefore only wanted what was best for her. We all wanted to protect this iconographic modernist building.” For the owner, too, “it was an act of love: restoring an heirloom. He wanted it to sing.” The designers’ greatest goal was to ensure that the additions were honestly and clearly distinguished from the original, while not distracting from it.

The new guest house was carefully sited to create an internal courtyard that acts both as a connector between the old and new as well as an extension of the indoor-outdoor living space. The addition references the original building in geometry, cedar siding, and jalousie windows, but without mimicking Gifford’s details. A new cantilevered stair seemingly floating away from the house connects the new ground-floor outdoor living areas with the elevated decks. Throughout, a simple palette of materials was used to remain consistent with the original.

The exterior of the original house was fully restored with new cedar sheathing, copper flashing, and roofing. The project also restored all interior wood surfaces, jalousie windows and discretely integrated a new HVAC system. Minor plan gestures were incorporated to improve circulation and function such as enlarged bathrooms, a restored kitchen, and a vintage fireplace. The wild character of the small parcel was preserved, cleaning out scrub and reintroducing native plants, grasses and pines to foster local flora, fauna, and pollination. The result is a modernist house that exhibits great restraint. From Franz's perspective, the team emulated Gifford best by “trying to do more with less.” 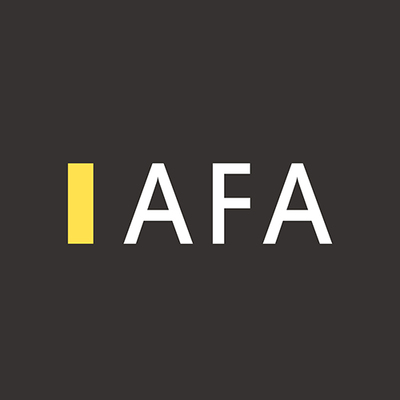