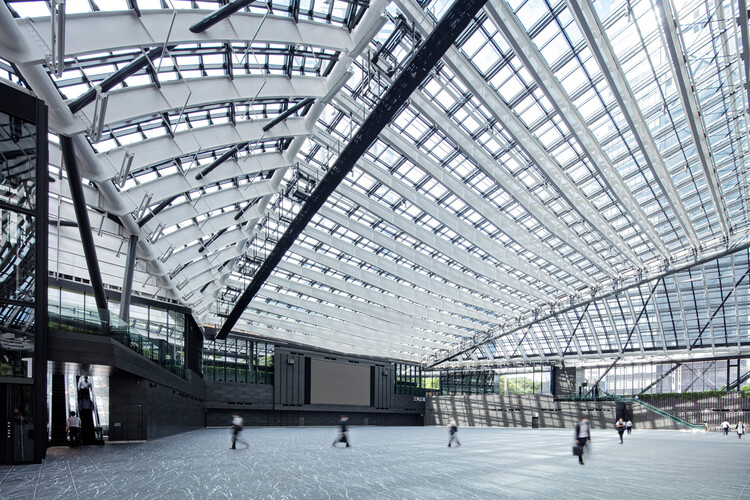 Text description provided by the architects. The Shinjuku Sumitomo Building was built in 1974 in Tokyo’s Nishi Shinjuku district. The site’s expansive “Sankaku Hiroba” (triangular plaza) atrium roof, along with associated renovations, offers a sustainable model for addressing an emerging problem for Japan’s cities: how to carry out renovation projects on large-scale buildings using good maintenance practices. The project also represents a greater societal effort to enliven the urban business district and enhance its value as an accessible gathering place.

Creating a Lively Public Space in the Business District - The building’s construction was a venture into the unknown, so to speak, made possible through innovation and new technologies for tackling numerous challenges. By the early 2000s, nearly 30 years since its completion, the Nishi Shinjuku area had matured as a business district and faced the challenge of how to invigorate an increasingly diverse city.

To that end, Shinjuku’s public and private sectors joined hands in a reorganizing effort that is finally bearing fruit. Among them is the public space built in the privately-owned area of the building’s outdoor plaza, covered with a massive glass roof. Hopes are high that this indoor space will spark a transformation of metropolitan Shinjuku into a more lively and appealing city. The project is more than a mere makeover; it shows the great potential of such high-rise renovations that aim for urban functionality and value enhancement to meet the demands of a new era.

Renovating a High-Rise Still in Use - This project was undertaken while the building remained in use. Construction of the glass roof was performed concurrently with major repair work. The huge steel-structured roof (L:140m, W:90m, H:25m) covers a central space devoid of columns. Expansion joints were used above ground so the roof could be structurally independent. Roof-supporting columns were strategically concentrated along the site’s perimeter and the existing periphery in order to minimize the effects on facility renewal and other activities.

Concurrent with the construction of the roof, seismic retrofitting was performed on the entire building to better counter earthquake-related effects and vibration. Using the building’s existing equipment balconies, second-floor inertial rotary damping tubes were installed to connect up to the 49th floor in order to absorb the building’s kinetic energy. All of the tasks were performed without disturbing the building’s exterior or office workspaces.

Inheriting the Landscape & Redesigning the Legacy - The Shinjuku Sumitomo Building has long been affectionately called the “Sankaku (triangle) Building,” both for its distinctive outward appearance and for its striking interior and exterior detail. For this project, new spaces that respect the legacy landscape were redesigned. For example, red granite formerly used in the exterior (now no longer mined) was reused in the walls of the vehicle entrance. Bricks from the former outer wall design (inspired by the Yodobashi Purification Plant’s brick motif) were “recreated” using laminated bricks that integrate air conditioning, sound deadening, and wall greenery functions. 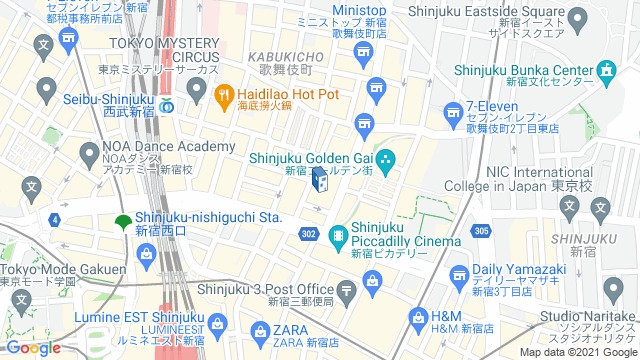 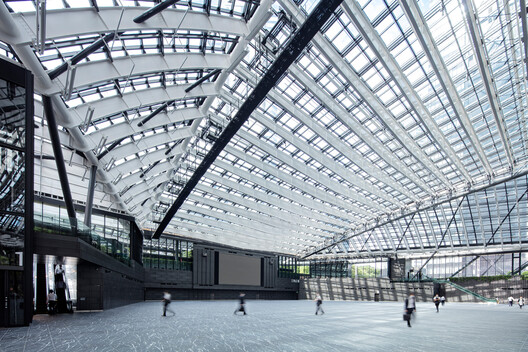