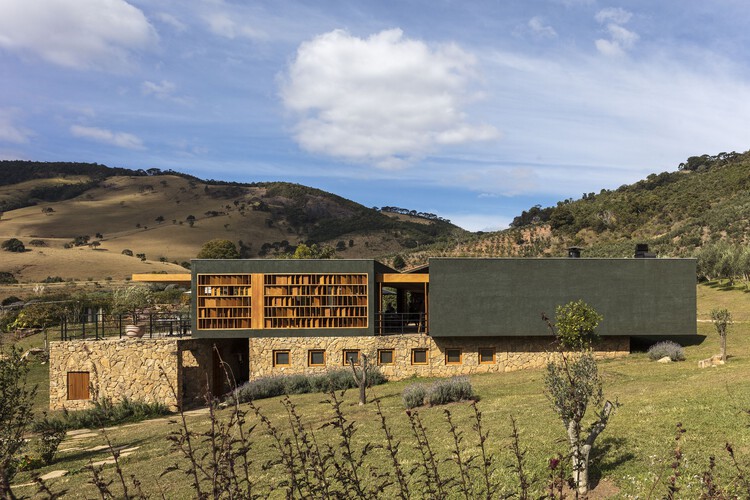 Oliq Restaurant. The restaurant is the fourth building designed by Play Aquitetura that makes up the Lagar Oliq. The set is formed by the olive oil production (2013/2014), the services attachment (2016/2017), and the Restaurant (2019/2021). In addition to the three main buildings, there are also projects, next to them, a small greenhouse.

We consider important describe the project history of each of the stages, in order to understand them together. As a new activity for them, there was no initial planning that included the construction of the three stages: only with the need for the second construction, the attachment, that the desire for a future restaurant in place began to appear.

Lagar. In 2013, we designed a small shed for extracting oil from olives produced at the Santo Antônoi farm and by other small farmers in the region, a production that until then depended on EPAMIG’s machinery, in Maria da Fé, Minas Gerais.

With a functional character and referring to other services building that already existed on the farm (stable and material deposit), formed by a gabled roof, with gutters and gutters painted in bright colors, we explored in this Project the large extension of the roof, resulting from the linear distribution of the program. Underneath it is a wooden box that isolates some functions, such as the extraction area, filling the office, storage and bathroom.

Still under the roof but occupying the open áreas, we located to one end, the olive cleaning machine (initial function of the process) and at the other end, a large table for tasting the oil (final function of the route). For the Lagar, we painted the slats and scissors that make up the wooden structure of the roof in dark green.

Services attachment. After a few years of activities, there was a need to build an attachment to include the functions of stocking bottled oil, an office, a kitchen for the production of homemade jams, a packaging warehouse, and bathrooms for customers.

We proposed the construction of a more hermetic volume, with the same measurements and proportions as the Lagar’s wooden box, which would occupy the side and back area of the land and area that would allow the connection with a new road for the flow of services, to be created simultaneously with the attachment. This new “box”, perfectly aligned with the wooden box, was built with a concrete and masonry structure, creating a terrace with a panoramic view of the olive grove.

Taking advantage of the uneven terrain and the thermal advantages of a semi-buried construction, we proposed a subsoil for storing oil. The attachment is connected to the Lagar by a wooden pérgola covered with glass.

Oliq Restaurant. At this point, the implementation was already planned to take place at the front end of the Lagar where there was a large uncovered terrace overlooking the valley and the olive grove. In overlooking the valley and the olive grove. In addition to the aesthetic qualities of this location, on one side the topography favored the construction of a lower level, to be connected to the attachment and to the access to services. The architecture consists of two main volumes separated by a covered pérgola that gives access to the restaurant and the store, a lower volume where the tasting room is located, and a semi-buried basement, where we locate the changing rooms, warehouses, cold chamber, and kitchen support.

While the lower part was covered with local stones, the upper volumes were rustically plastered and painted with the same dark green used in the Lagar.
In addition to the enclosed áreas, on the north side, we proposed a balcony and an uncovered terrace overlooking the valley and mountains. On the west side. wooden brise soleil covers the windows, allowing control of the sun’s incidence.
It is worth mentioning the excellent execution work – both in the civil part (structure, masonry, installations, and finishes), as well as in the joinery and metalwork – carried out by professionals in the region.

At the beginning of the restaurant Works, we were asked to design a small greenhouse. We proposed a carousel made of wooden slats, which would have an autonomous and light shape, independent of the others. 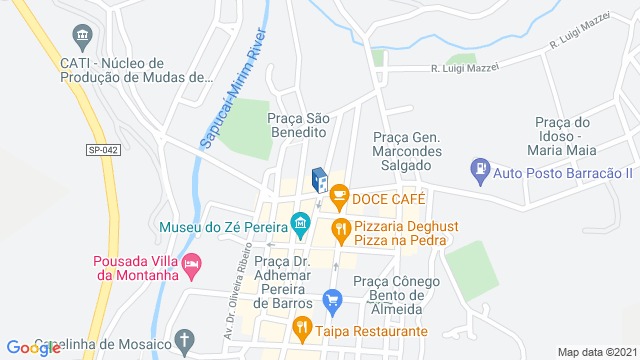