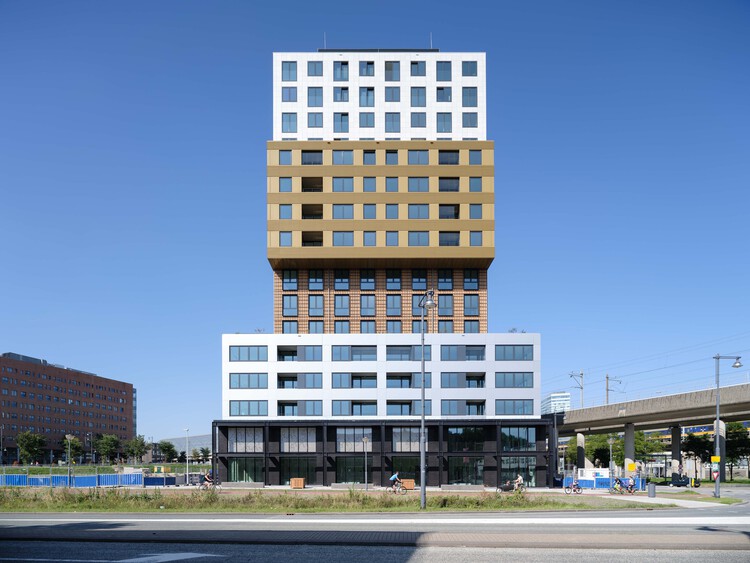 Text description provided by the architects. Within a couple of years, the area around the railway station Amsterdam Sloterdijk will undergo a tremendous transformation. Until now the area was a typical conventional business district with large office buildings. In the future, the area will transform into a mixed-use urban district with additional housing and leisure programs. The plot for our design is marked “Kavel O, blok 9B” and lies next to the elevated railway tracks called Hemboog. Kavel O will consist of 8 apartment buildings around a pocket park. In order to make the scale jump between the large office towers in the area to a housing scale, the urban planners of the City of Amsterdam introduced the term “woonloods” (housing-warehouse); A block with an intermediate scale and an industrial look.

The brief called for a variety of specific housing types of different sizes. For each of these types, a special woonloods has been tailor-made to fit. A logical and pragmatic method that leads to 5 autonomous woonloodsen with different measurements. By stacking them around a central core a horizontally articulated tower appeared with roof terraces on different levels in the building. The differences between the types and interiors of the woonloodsen are expressed in the design of their facades.

The roof terraces are used as social gathering places and, at the same time, to buffer rainwater. The rainwater is used for the plants on the terraces and the green facade of the third woonloods. The close vicinity of the Sloterdijk railway station, made it possible to make a completely car-free building, with spacious bicycle parking instead.

The compact apartments vary from 30 sqm studio's to 45 sqm two-room apartments to 60 sqm three-room apartments and 75 sqm four-room apartments. The type plans are based on the research project that Sputnik did in 2014 on the base quality of social housing in the Netherlands, which was commissioned by the Dutch ministry of the interior and fifteen housing associations. 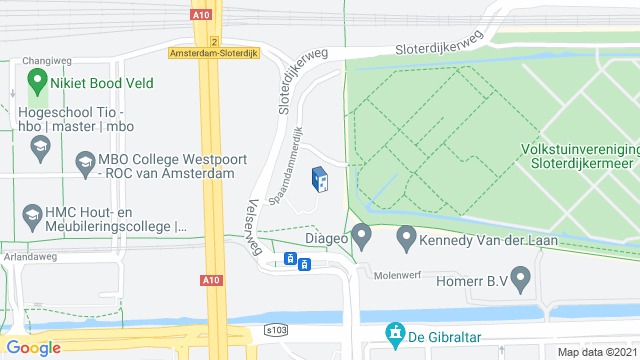