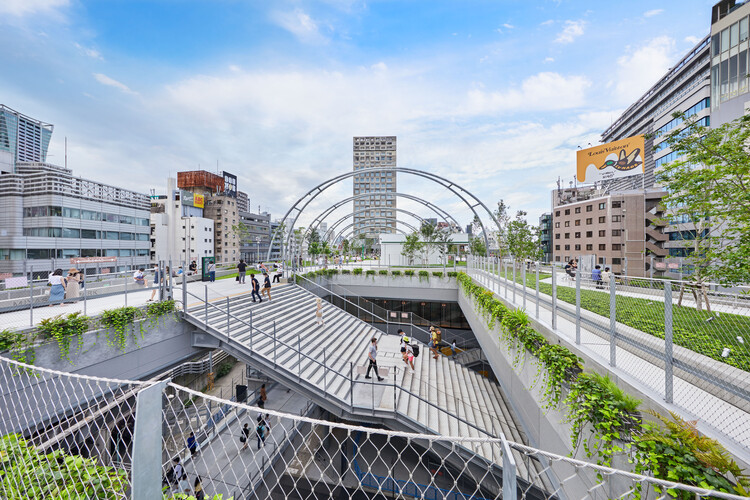 A New Era – A new take on Relaxation and Activation - In Japanese cities, urban development is dense and public facilities and amenities have evolved whereby multiple functions occupy the same land. This dense development also means that open spaces such as parks are treasured. Furthermore, in recent times public spaces are becoming commercial spaces and commercial spaces are becoming public spaces. This fusion of parks, commerce, and hotels has created a new synthesis of "relaxation" and "activity" that people have really come to desire. MIYASHITA PARK is a project that raises issues from both the public side and the commercial side about the ideal state of "public space" in this new era.

MIYASHITA PARK is a complex facility developed through a PPP (Public-Private Partnership) as a reconstruction of Shibuya Ward Miyashita Park (opened in 1964), which comprised a park on top of a public parking lot alongside a busy rail line. Prior to reconstruction, the park had become earthquake-prone due to aging of the artificial ground and general deterioration over time and suffered from insufficient barrier-free access. There was also a need to improve the amenities of the renowned commercial areas of Shibuya and Harajuku, and to prepare for disasters, which have become a major urban issue of Tokyo in recent years. In addition to the accessible redevelopment of the park and public parking, 4 floors of retail and an 18-storied hotel were incorporated into the same site, realizing significant urban improvement and enhancing public land utilization in the center of Tokyo.

Defining a New Iconic Space for Shibuya with a “Canopy” - In order to achieve both “Shibuya-like” park activities in a rare public space located in the central city commercial area and the shade of greenery without fear of falling trees on the adjacent railroad tracks, park greening in the form of an arched decoration reminiscent of an arbor canopy was planned. The rough curve that defines the space of the park has become a unique new symbol in the cityscape of Shibuya, unifying and integrating the park and retail facilities. It also serves as an “Instagram moment” to announce that visitors have "come to MIYASHITA PARK".

“Walkable Architecture” transforming the pedestrian network - This long and narrow building with a total length of about 330m has a structure that can be easily accessed from anywhere in the surrounding area. In order to realize this highly connected public space within the city, circulation routes were planned that naturally led foot traffic to the rooftop park. With two pedestrian bridge connections, a bridge that straddles the road at the third story level, and an accessible open mall, this four-storied urban amenity has been well integrated into the urban infrastructure of the city.

New Normal business environment - Designed with a commercial concept of "a four-story park where stimulation and comfort meet," the majority of the retail offer consists of an outdoor mall. Restaurants predominantly incorporate large sliding doors and open their dining spaces into the spacious mall, putting out tables and chairs whereby users have the option to enjoy the outdoor environment. This retail environment where people can relax with fresh air while looking out into the green canopy of the zelkova trees lining Meiji-dori Street is very sustainable when combined also with no requirement to air-condition the common areas of the mall. This plan was proposed and realized prior to the Covid-19 pandemic, however, it has proven to be a design well suited to the challenges of the times.

Building a hotel within a city park - Incorporating a hotel into a public park is a first for Japan and came about through innovative land utilization and application of the "multilevel urban park system”. The value this brings in terms of supporting the operational side of the park and the community in terms of the diversity of people visiting this unique “park experience” is something that could only have been possible through the framework of collaboration between public and private sectors and the innovative design solutions this enabled. 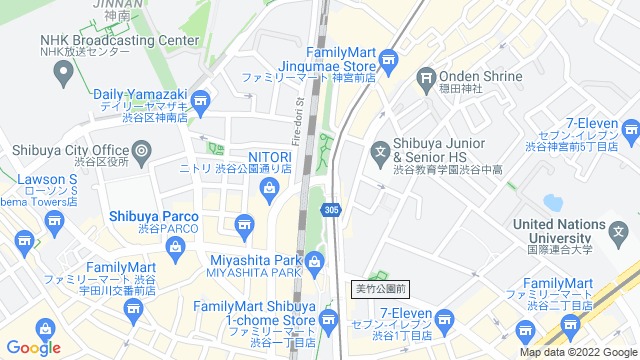 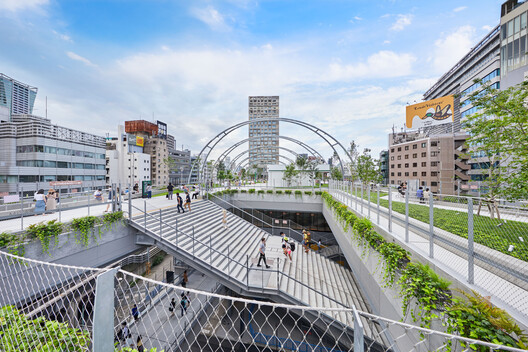