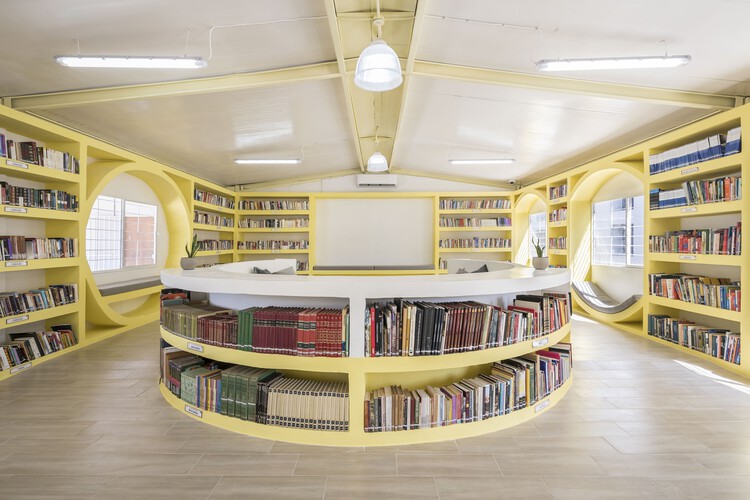 Text description provided by the architects. The refurbishment of Cereso Femenil de Escobedo Library is the fourth intervention within the "Create Community" program by the Asociación Civil Proyecto Rearea.

The main objective of the intervention was to create a space within the Cereso, which could meet the requirements of the population to make this space a place that would allow the development of positive activities. The design proposal was prepared taking into consideration a limited budget, so it was sought to project an innovative design using low-cost construction techniques, without compromising functionality.

The library was built in an old 135 m2 warehouse that was unused. After analyzing the results obtained in the discussion panels carried out with the inmates, and taking a tour of the prison, we identified a series of important premises to consider when preparing the architectural program.

The most important challenge in this type of project is the economic restrictions that constrain us from the beginning, and to identify and prioritize concepts, in order to generate a greater impact taking into account the available resources. For example, in this specific project, the decision was to keep a small change in level on the pavement and to lay the floor following this. Had the pavement been leveled, this would have meant compromising a large percentage of our resources, which in turn would have compromised more necessary concepts.

The main idea of the intervention was to create a clean space with the capacity to carry out multiple activities in the same period of time, considering the different groups within the prison population, which include dozens of minors.

In a space that is designed to be rigid, we sought to create an environment that would inspire greater flexibility. The library is mainly composed of an element that is developed around the entire perimeter of the rectangle, respecting the existing openings. This element, which functions as a bookcase, also has a computer area, a space to show projections, and nooks that allow the user to sit down.

The interior of the library was divided to generate two different programs. In the part near the access and computer area, the necessary furniture was installed in order to allow traditional reading activities and teamwork. In the remaining space, a circular bench was built with the capacity to store books. This bench is oriented towards the projection space and has carpeting in the center thinking that it could create a reading area focused on children that would allow the use of board games. We selected yellow in two shades and white to give life to the library. It is important to mention that the project was built by the inmates of the Male Cereso. 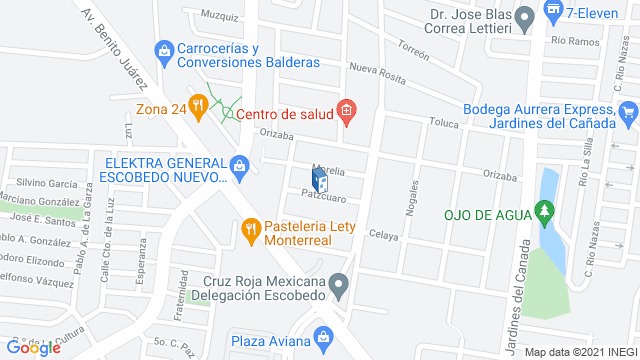