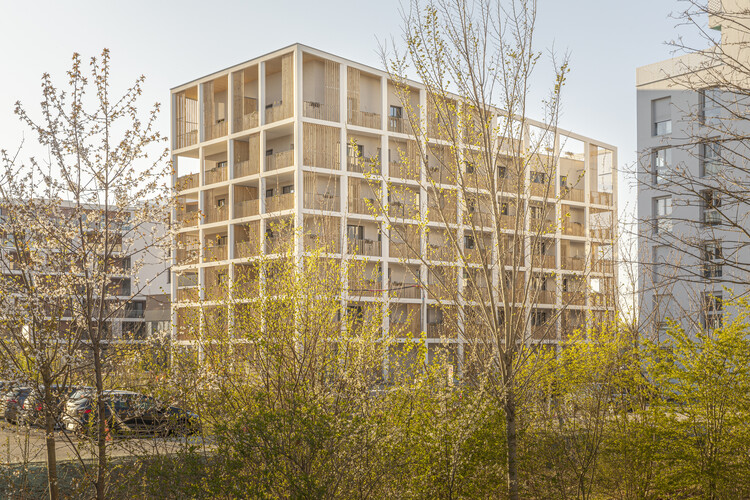 Text description provided by the architects. The project is located in the "Les Prairies du Canal" quarter in Illkirch-Graffenstaden, eastern France, an inhabited woodland, free of any car traffic. Close to the Rhine-Rhône Canal, the site enjoys a privileged environment dominated by nature in order to promote biodiversity and create social links between the inhabitants.

The rectangular volume of the building expresses clear compactness consistent with the limited urban densification specific to this eco-district. Our project responds to the needs of the neighborhood without creating urban sprawl and freeing up quality spaces on the ground floor. All the facades have been designed according to the same principle, which means that there is no "rear facade" and thus, a dialogue with all the neighboring buildings.

This limited densification allows the development of housing on the ground floor. A naturally enlightened and ventilated circulation fluidly distributes the 31 flats, on six floors, all of which have loggias. A second skin, like an exoskeleton, composed of a post-and-beam assembly in prefabricated white concrete, makes it possible to accommodate private exterior extensions in the continuity of each flat.

The facade pillars are beveled, and arranged in an alternating manner according to a grid, creating a variation of the facade. In order to guarantee the privacy of the balconies and to filter the views, wooden railings and view guards, beveled in the manner of the structural grid, preserve the privacy of the dwellings by making the façades vibrate.

The wooden strips blend in with the white concrete and create an overall harmony and sobriety that is typical of tectōne. The sloping roof gives a dynamic to the silhouette of the building offer more generous volumes to the flats located on the last levels. A large shared terrace on the top floor, accessible directly from the common areas, allows the residents to meet and organize activities. 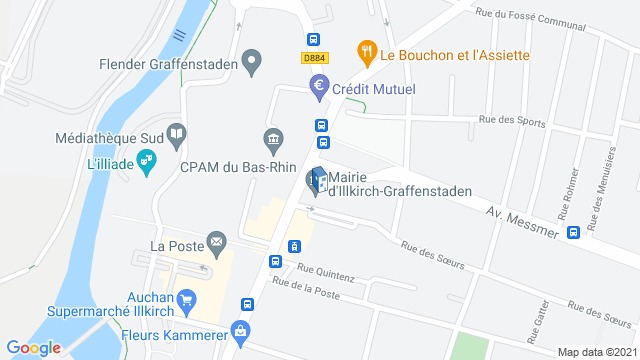