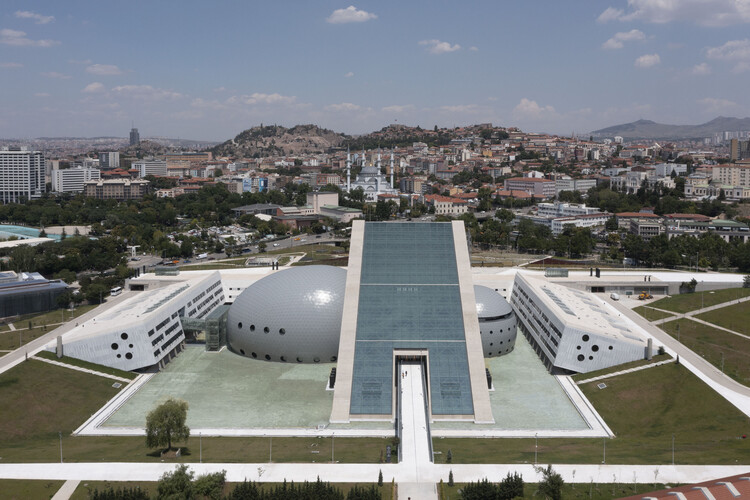 Text description provided by the architects. Ankara has a new landmark with an international appeal; The Presidential Symphony Concert Hall building with its focus on culture aims to prove an asset to both the local and global music scene while being the instigator of interaction and exchange among citizens.

The Presidential Symphony Concert Hall lies in the heart of the city, right in the middle of an axis connecting the historic Ankara Castle and Anıtkabir, the Mausoleum of Mustafa Kemal Atatürk (the founder of Turkish Republic). It is embedded in a relatively abandoned urban landscape, which is the only gap looking towards Anıtkabir and the historic Ankara Citadel from Ataturk Boulevard, which functions as the main avenue since the first urban plans of Ankara. The decision was to avoid interrupting the views of both the Citadel and the Mausoleum.

The project stood out among other competition entries with two prominent features: One is this subtle symbolism concerning the dialogue of the premodern and modern-republican histories of the city. The design strategy prioritizes vistas of both monuments and establishes the dialogue by being a contemporary cultural destination in between. The second concerns the timeless form and spatial qualities of the complex. According to the jury report, the building reveals a symbolic architecture that will not wear out over time, avoiding a design language that can be valid for a certain period of time.

The configuration of the complex is so designed that the triangular prism foyer establishes the dialogue between Ankara Citadel and Anıtkabir. Thus, a depiction of the “Before and After Republic” is intensified through a cultural house. This foyer is designed as an “urban room” by being transparent and publicly accessible. The colossal egg-shaped dome is designed as the Symphony Orchestra Hall with the capacity of 2000 audience, and the sphere dome is designed as Chamber Orchestra Hall with the capacity of 500 audiences are popping out of this vaulted triangular prism foyer. Following the vineyard concept of the concert hall, the musicians are placed in the middle, while the audience surrounds the stage, rising up in steeply sloping rows

The symbolical approach is depicted by the distinct and dynamic Euclidean forms and their poetic compositions. The foyer and the concert halls are located on the lowest level of the site and a reflection pool surrounded them. The pool mirrors the sky, the city, and the halls around, reflecting the different weather conditions and redefining the atmosphere every single day. On both sides of this rectangular pool, two identical buildings are positioned diagonally, as if popping out of the earth, embracing the concert halls. The complex creates a crater lake imprint and otherworldly impact. In these upward-tilted buildings, administrative and educational units and professional studios are placed. Guest’s experience is a clear incentive that eschews a singular roof or facade to convey a sculptural structure composed of seemingly independent forms and the balance of curvilinear and sharp-edged buildings.

During the 29 years period since the competition, 5 Presidents, 10 Prime Ministers, and 20 different Ministers of Culture have taken charge-in. Since this project has an unprecedentedly drawn-out story because of disparate priorities of the state, the project has been re-visioned by the architects several times according to the changed regulations. 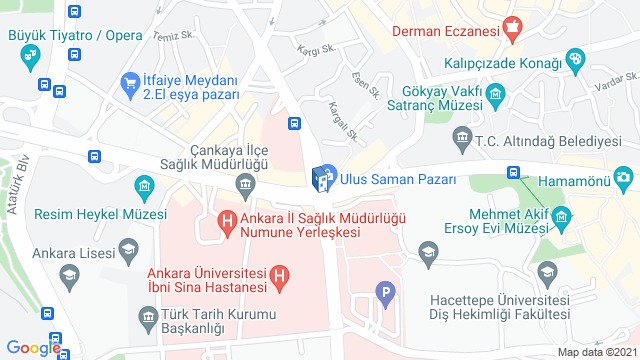 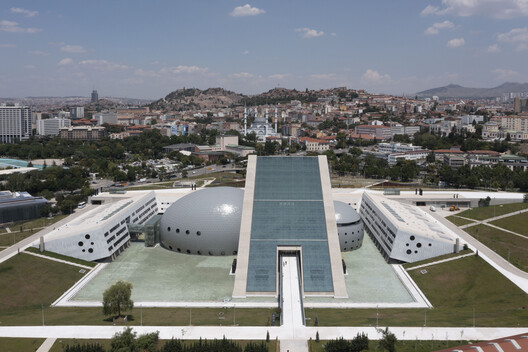