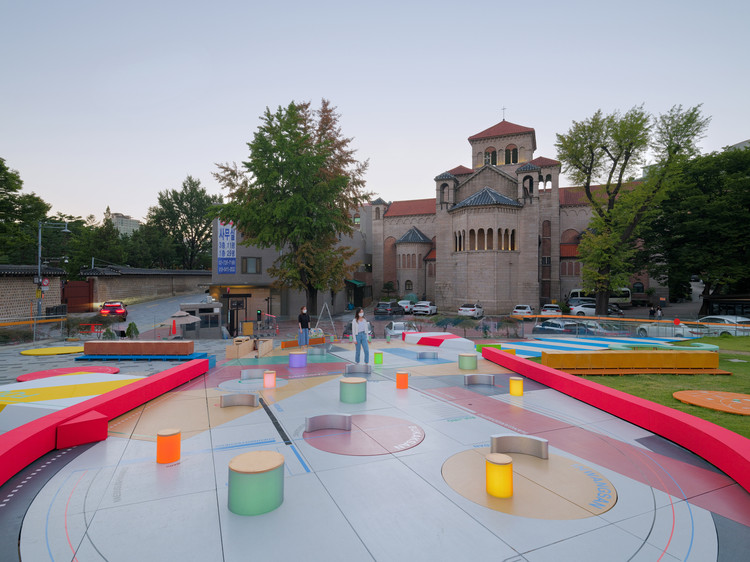 Text description provided by the architects. Seoul Urban Pinball Machine, by Studio Heech. ‘Seoul Urban Pinball Machine’ is a new public place and landscape experienced visually and physically through the city’s extensive materials and textures. The outdoor pinball machine utilizing the museum’s slope along with the objects made of eco-friendly materials provides a new excitement to the city. The proposed objects were made using recycled upcycled materials typically constituting the city. The materials we propose such as reused old wood, bioplastic, eco-friendly MDF resistant to decay etc. are tangible confrontations against the climate crisis our city is facing in the aftermath of the pandemic.

Architectural slope. Seoul Maru, the sloped roof of Seoul Hall of Architecture & Urbanism, was planned to revive the historic urban context of Seoul’s oldest district behind Sejong-daero. The empty architectural slope was aimed to allow the surrounding urban fabric to be brought in.

However, this architectural slope could not be read clearly due to the vaguely planned furniture and the unexpected level difference with the parking area of the adjacent Seoul Anglican Cathedral. It was believed that 'public intervention' needs to be an architectural proposition that can recall the historical contexts of the surrounding area. This project is experimentation to explore new types of public space as well as a landscape that can experiences the existing physical sloped plane clearly, rather than erecting splendid architectural form or volume in the historic area of Seoul.

Urban play. The physical model 'Architectural Pinball Machine' was produced during the competition stage as a means of experimentation for creating a new public space and urban playground at the slope. A launched ball travels up and down through the inclined game field with printed graphics and objects placed on it, expressing symbolic places and buildings of Seoul. The player who launches a ball becomes the performer of the pinball’s traveling event, and the colleagues who watch it become the audience and participate in this performance. In addition, in the completed 9mx18m giant outdoor pinball machine, users directly come up on the game field, then play and interact with the objects that detect people’s motion.

The game field becomes a stage for a play, and visitors become participants in a new public performance called a collective urban play through the acts of walking, running, dancing, sitting, and resting in their own way. Material stores for the future: The project was completed through collaboration with creative artisans, engineers, makers, material researchers, furniture makers. The design, production, and installation took place in a short period of fewer than two months, and the Studio Heech’s makers participated in the entire fabrication process. From the initial design stage, sustainability was regarded as a crucial issue. It was believed that sustainable vitality could be obtained when relocating to another place rather than being disposed of after three months of installation in Seoul Maru.

This meant that the final outcome of the project needs to be sustainable well-made products rather than being produced for the only temporary installation for three months. The components and joints were designed for ease of assembly and disassembly for this purpose. Almost all elements were prefabricated and installed on-site in order to reduce the environmental impact and carbon footprint generated at the construction site. 2.5cm thick high-performance concrete (UHPC) panels, which have a low environmental impact due to their small weight and volume compared to their strength, were a choice for ease of assembly and disassembly.

The 1m x 2m UHPC panel and the steel lower frame were manufactured at the factory in Jecheon and installed on site. In addition, the proposed objects were made using various recycled/upcycled materials. The structural timber beams (old wood) that had been stored in the warehouse for many years were used as structural support for signage and furniture. Bio-plastic objects using a duck egg yolk that is discarded by pharmaceutical companies, and eco-friendly MDF boards that have no harmful emits but also have durable and stable enough quality for use outside have been used as a finishing material for various furniture and objects.

‘Not a venue, nor a pavilion’ The idea of the Seoul Urban Pinball Machine was drawn from the initial question, what the public space and public installation project need to be like after the pandemic, which our city has never experienced. The Seoul Urban Pinball Machine is planned as a new public space, urban playground, public furniture, and landscape where the existing physical slopes of the Seoul Maru, various materials, and textures are experienced.

People go out to the outdoor space to enjoy pinball games in their own way, take a walk, and experience and encounter objects made of eco-friendly materials. This is an attempt to represent a new perspective of our city after the pandemic and transforms Seoul Maru into a place where the civic community shares its confidence in urban resilience. The Seoul Urban Pinball Machine, which will be dismantled, move, and re-installed three months later, like the Masques project, in which the characterized architectural objects and devices created by John Hejduck continue the narrative while traveling through cities such as Berlin, Hanover, and Lancaster. We look forward to seeing new urban stories that will be written by the Urban Pinball Machine. 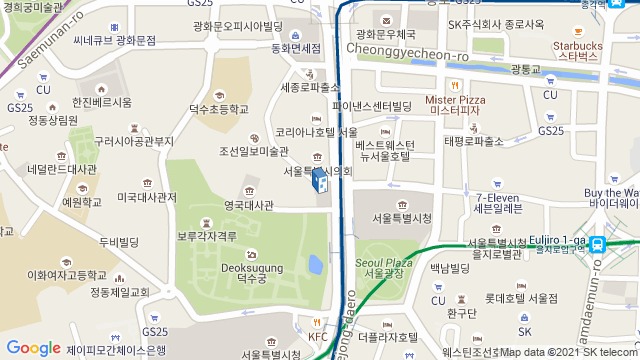