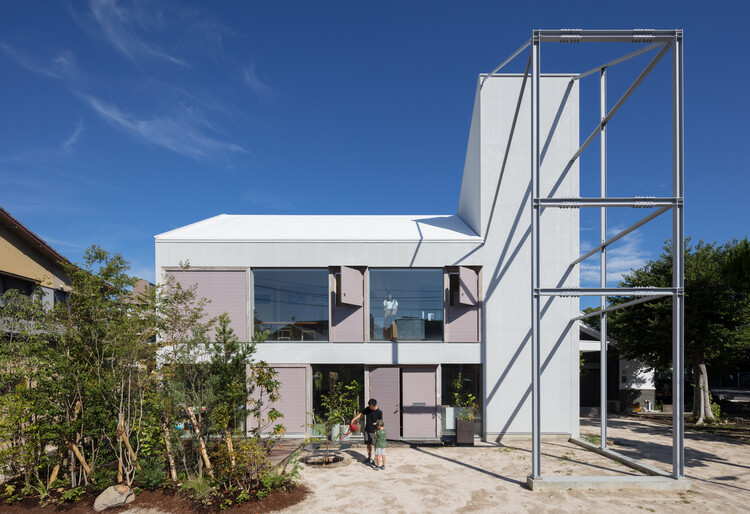 Old meets new for Tetusin Design re-use office - The façade of an old university building stands next to a skeleton steel frame for yHa architects’ latest project in Fukuoka, Japan. ‘TETUSIN DESIGN RE-USE OFFICE’ is a mixed-use building that comprises both workspace and housing.

the project’s unusual elevation was triggered by the client, who had been working on the preservation of the 1928 ‘Kyushu university Matsuyama welfare facility’. fearing its demolition, and the loss of a historic part of the university, the client and architect decided to take parts of the building and reconstruct it on another site 800 meters away.

A striking contrast between solid and void - Rather than completely preserve the building like for like, yHa architects selected traces of the western-style architecture and layered them with contemporary elements. the architects identified three important ‘memories’: the ‘urban memory’ of the façade, the ‘spatial memory’ of the staircase, and the ‘material memory’ of the characteristic elevation color.

the new façade stands three storeys tall and forms a striking contrast between solid and void. soft colors echo the original university building while a steel frame quietly mirrors the gable roof shape. behind the distinct frontage, a lower volume stretches back onto the site. there’s also a landscaped area that could be expanded onto according to the residents’ future needs.

the interiors are light and airy, with traces of the old building seamlessly integrated with the new architecture. the lower volume features large, floor-to-ceiling windows and is topped with a translucent roof that makes the structure appear to glow at night. 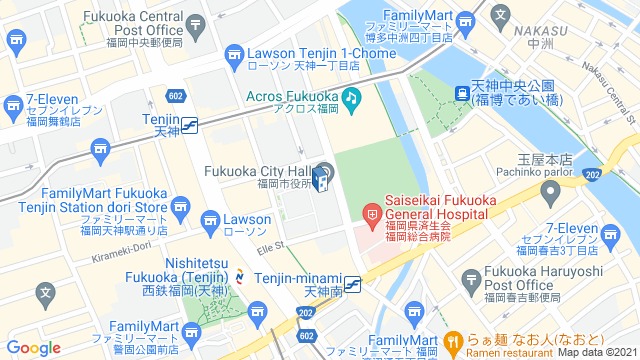 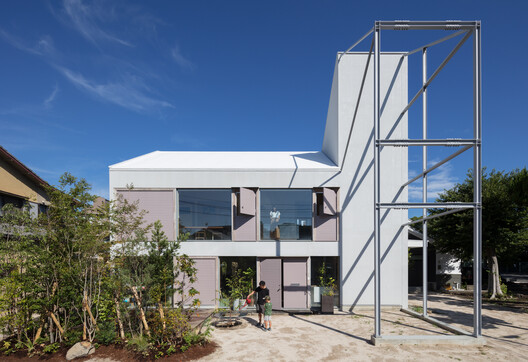