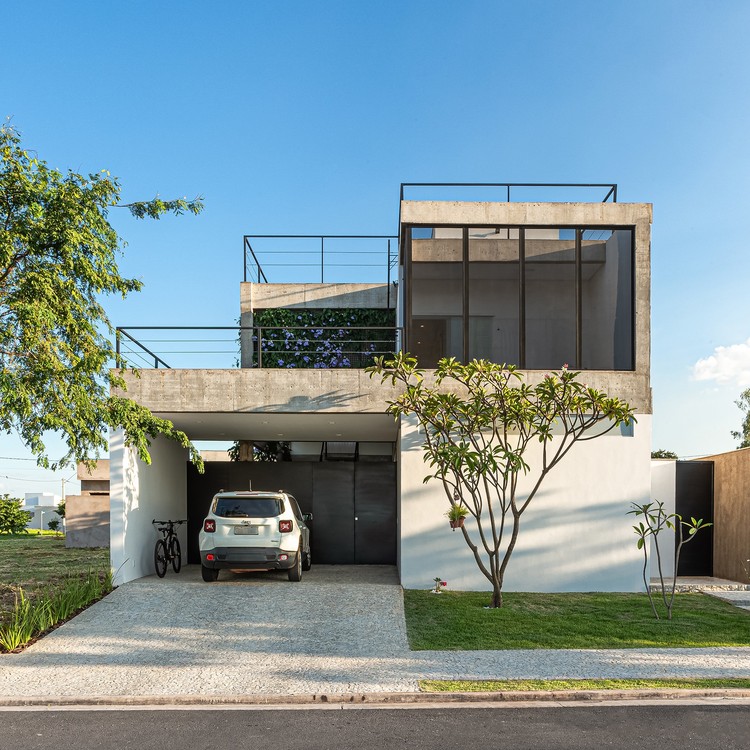 Text description provided by the architects. The essence of this specific project was based on initially, identify the particularities of the surroundings of flat ground with not very generous dimensions, and then extract the maximum of it taking advantage of the highest level of the condominium. The concept idea was the primordial element that was responsible to guarantee the valorization of preserved green areas, in the core of the site, providing direct interaction with the flora.

With the objective to expand all natural resources for inside to the project, an internal square was created to promote the human perception through internal and external volumetric materials, defining a completely democratic atrium where all functionalities of the daily routine as cooking, living room, laundry and based on the superior pavement, all privative accommodations.

We have developed a natural structure hanging as a lateral beam of the full length putting in evidence the main point of intersection between the union and organization attributes, exploring the efficiency of thermal benefits in relationship with the aesthetics.

The Project Manager has dedicated himself to the social interaction in the basement area and the private areas are managed completely on the superior level of the house, where the service area was smartly applied on the rooftop side by side with the bedrooms, generating functional attributes based on the isolation and insolation.

A raw concrete structure highlights the frame and context of the project, enhancing the volumetric and architectural simplicity introduced serenely in that site.