Goal: The basic idea was to bring together and expand an existing choice of schools comprising various facilities for children and teenagers so that a complete “educational chain” for all age groups could be provided at a central city location. The developer’s goal was to prove that a school-based on new pedagogical principles would not be more expensive than a conventional “corridor school”. By grouping and synergistically using the available rooms and eliminating the need for corridors, it was possible to plan and build in a way that saves space, costs, and resources. A large spatial volume was reduced to a minimum of the building volume and sensitively integrated into the neighborhood and the public park with a small-scale approach.

Challenge: The Montag Foundations are particularly engaged in establishing a conception phase 0, which serves the purpose of requirements planning but is not covered by the HOAI. A decisive criterion here was that several of the institutions involved identify with approaches of reform pedagogy, for whose implementation, however, they needed other spatial forms and possibilities of use. The corridors, which in conventional school construction are standardized down to the bare minimum and therefore unusable, play a major role in this regard. The district, which is divided by the four-lane road Kyotostrasse, is reconnected by clever routing and a new pedestrian traffic light. By not fencing in the school grounds, school and public offerings in the outdoor area are intermingled for residents and park users.

Collaborations: Prior to the competition, the City of Cologne as the client and the Montag Foundations jointly established a participation concept, which brought together steering groups comprising representatives of the users and the administration and thus involved them in the overall planning of the project. After the competition, we architects expanded, designed, and implemented this participation concept through all HOAI service phases. This enabled cooperation between the individual facilities to make all parts of the Bildungslandschaft (educational landscape) usable together. The facilities include the Fröbel daycare centre, the Freinet Primary School, the Realschule am Rhein, the Hansa Gymnasium, the Abendgymnasium (night school), the Tower youth centre of the Katholische Studierende Jugend (KJS; Catholic pupils’ association) and the Klüngelpütz recreational facility.

Added value: The BAN is a pilot project of the City of Cologne. The concept of developing learning and living spaces in the sense of pedagogical architecture is the basis for a planning framework for future pedagogical school construction projects launched by the City of Cologne. Due to this lighthouse effect, the project has become known beyond the city limits and receives nationwide inquiries from schools, cities, and districts that are interested in copying this concept.

The formerly problematic neighborhood, characterized by drug use and drug selling, is undergoing a transformation due to the positive effect of the building ensemble and the resulting upgrading of the neighborhood. The school community, residents, and park visitors are happily accepting the new offer and are combining the BAN, the park, and the surrounding residential area into a new successful overall ensemble.

Special feature:  The BAN opens doors between the individual educational levels and institutions and enables seamless transitions. It supports meaningful learning, the variety of methods for linking to personal experiences, shows contexts of meaning, and promotes individual learning processes. An attractive and inclusive all-day program is guaranteed. It is a realized campus concept with short distances and a peaceful and diverse coexistence based on equal opportunities and participation of all users. The BAN establishes a network of school and non-school providers who work together to promote a balanced range of educational and leisure facilities. It uses synergies to facilitate new organizational possibilities and optimal use of building resources. The BAN is unique in Germany! 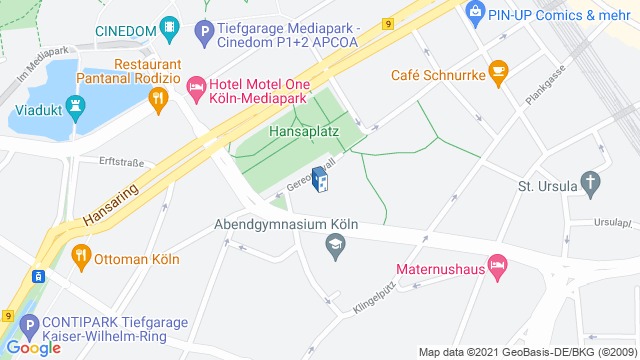