Italian architecture practice Spacelab designed an energy self-sufficient shelter for temporary use, a parametric project that can be built without foundations on any site, leaving no trace and no damage to the site at the end of its life cycle. Named Zero in reference to the lack of waste during construction or removal and its zero-emissions operation, the structure can be demounted and reassembled multiple times, tapping into issues of circular economy, impermanence and reuse. 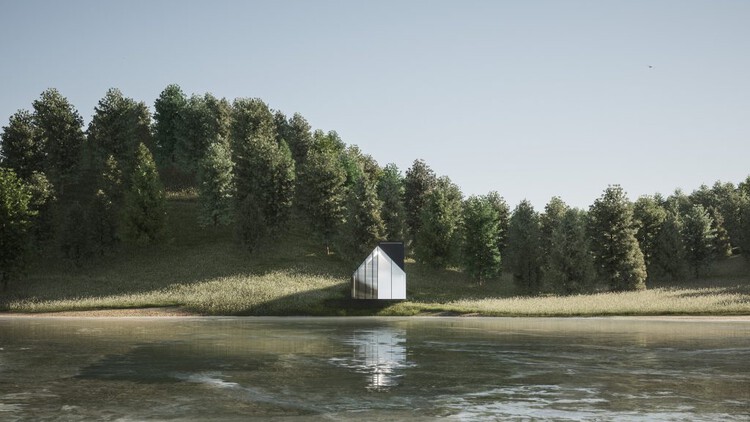 Zero comprises three units: a living area, a sleeping module and a service core containing bathroom, kitchenette, systems room and batteries, which can be assembled in various configurations to meet specific space requirements. The units are installed on a base grid anchoring the structure to the site. The project features thermal and hydronic heating pumps, anti-frost photovoltaic panels backed up by batteries and a phyto purification plant.

A prototype will be built in 2022 in the Sibillini mountains in central Italy, testing and monitoring the resilience and adaptability of the project. Spacelab unveiled the project in September at the Venice Architecture Biennale as part of the events held by the Italian Pavilion. The design was introduced with two short films featuring footage from the future site in the Italian Apennines, accompanied by the “Sibyl” soundtrack commissioned to London-based producer F¥ELD EFFCT specifically for this project.