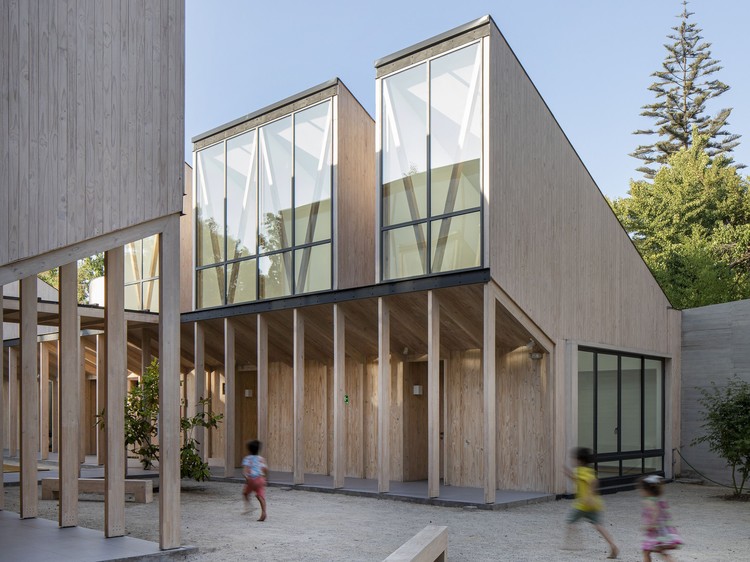 Text description provided by the architects. The kindergarten Bambú is located in the commune of Las Condes, in the foothills of the Andes in Santiago de Chile.

A first consideration was to resolve how the Kindergarten wouldn't disturbe the neighbors and on the other hand that the children wouldn't be deconcentrated from their games and studies by the neighboring buildings. The strategy was to excavate the lot creating a lowered horizontal, in order for the building to be partially buried, isolated from the neighboring buildings and open to the distant landscape, hills, mountain range and sky. In addition, the building was structured towards the edges of the lot, freeing the playground in the center, structuring a system of classrooms around interior courtyards that allow clearly defined spaces and that are articulated in front of the two corridors that frame the large central courtyard.

The project proposes a route through a portico made up of several clearly differentiated volumes. A cylindrical volume, a square-shaped one, others referring to the rectangle and the diagonal. In this way, while being in the central courtyard, these bodies make apparent the magnitude of the large and the small, the near and the far.

We chose, as in all our works, a unifying tone and material to bring the elements together. Laminated pine beams, columns and walls of distinguished pine slabs. The geometry of the volumes is composed of basic shapes, easily recognizable by children (cubes, triangles, squares and cylinders of light), favoring the use of vertical, diagonal and horizontal light in each of the volumes. We wanted the building to be very silent in its forms in order to transmit the golden light of the distinguished pine. In the central courtyard a sculpture made by Federico Assler was installed especially for the kindergarten, which has a strong symbolic charge for the educational project. 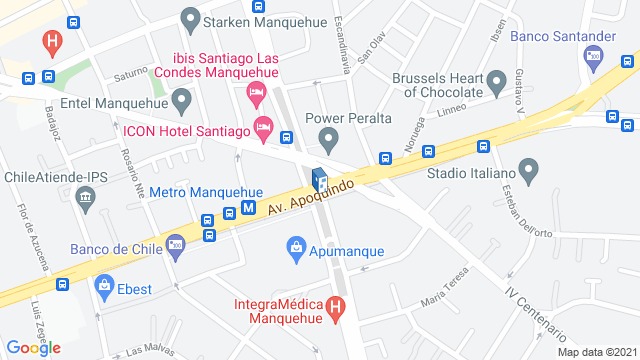 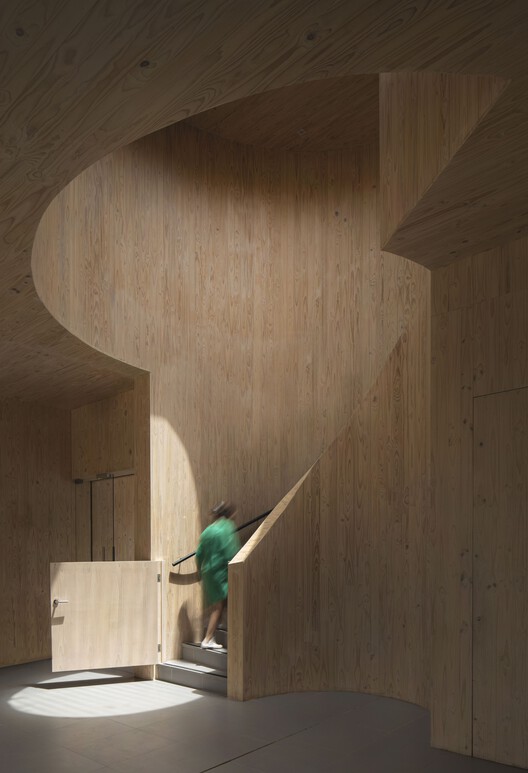 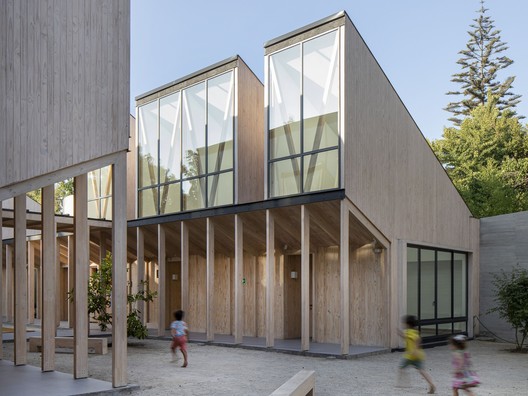