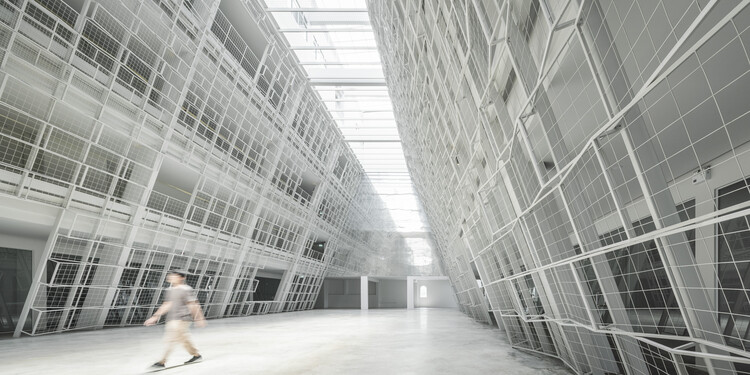 Text description provided by the architects. Just across the road, opposite of Silpakorn University, Niran Apartment has been hiddenly located behind a bunch of Nakhon Phatom’s typical building blocks. Commonly, the exterior of the apartment itself is also contextually harmonized with nearby neighbors as it was designed to be unnoticeable.

The famous university of art and Phra Phatom Chedi (Stupa) had been the most influencing contexts emerging the project’s programs and concept. Both places have been the city’s main gathering space where most of the local people are likely to spend their time from the past until nowadays. This was the reason that Niran had been encouraged to accommodate the atrium design as another new public event space for the city with a university-student-centric apartment design.

Moreover, maximizing the units and saleable area also accounted for the project’s main financial criteria. Thus, designing three different room types having various depths of the room was the design solution that solved the problem of the Atrium which proportionally demanded high-ceiling for its over 420 sq. meter public space.

To explain, the shallowest unit has been placed on the third floor forming larger open space for the Atrium, then the higher floors have respectively applied with more depth of the rooms creating more sellable space while the need of the space-above-the-head on the ground has become unnecessary. As a result, the Atrium has formed its space into the iconic ‘Stupa’, the A-Shape which hopefully can create another hidden iconic landmark to this city.

The major challenge of the project is its programs which are the divergence of their privacy between the quietness of the residential levels (from level 3rdto 6th) and the chaotic gathering space with retails on both wings at the second level. On the contrary, they have also been functionally designed to be connected spatially, visually especially when there is an event at the second level. Niran tends to connect dorm dwellers with the event, not to separate them. The mesh partition that stands between both spaces has been parametrically designed with a basic attractor’s algorithm.

The façade is generally a partition that keeps both sides disconnected, only some specific areas are the openings for interactions. 9mm. steel rods are weaving into 22 different typologies of butterfly shape panels. The size of holes, sizes of the panel are the properties that have been applied to the façade algorithmically. The panels that are placed near the openings are larger in size of the panels and their holes creating the connection and interaction more than the panels that are located further away which are denser and more private. 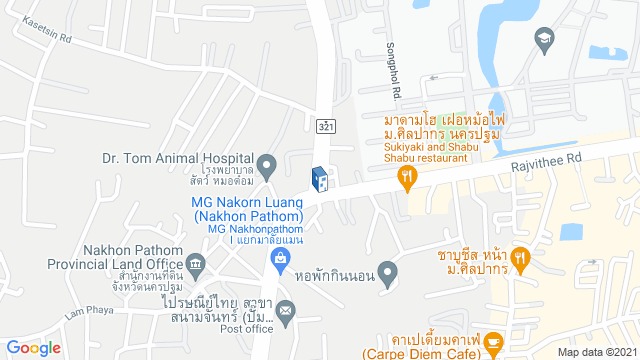 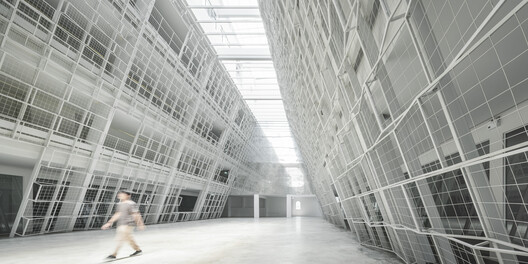