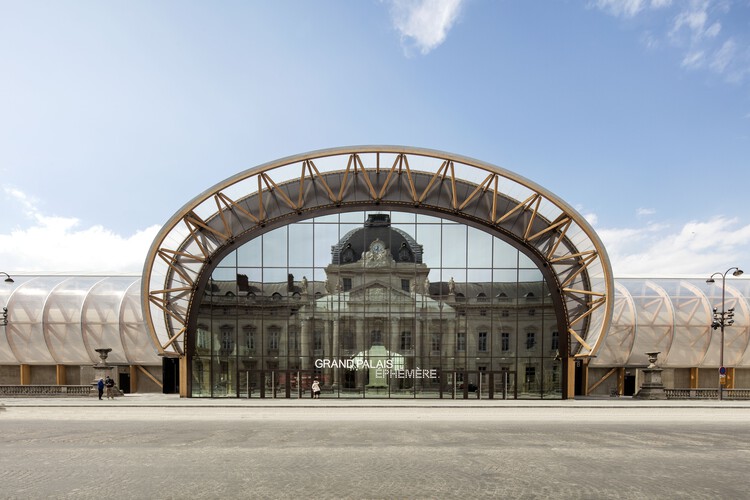 Text description provided by the architects. The Grand Palais Éphémère is a temporary 10,000 sqm building designed by Wilmotte & Associés and constructed on the Champ-de-Mars in Paris, in front of the Ecole Militaire on the axis of the Eiffel Tower.

During the time the emblematic Grand Palais is closed for major restoration work, this ephemeral building is intended to house the major art, fashion, and sporting events, such as the FIAC, Saut Hermès, and Chanel fashion shows. In summer 2024, the Grand Palais Éphémère will host the judo and wrestling competitions of the Paris Olympics. The building - overseen by the Réunion des musées nationaux – Grand Palais and Paris 2024, and produced by GL Events – is able to accommodate 9.000 people.

Fitting into the prestigious site perfectly, highly connected to the world’s fairs which took place on the esplanade from 1867, the Grand Palais Éphémère has a main nave with an uninterrupted span of 51 m in breadth and 33 m in depth, completely free of any posts or structural elements interrupting the space. Its 44 monumental arches were assembled on-site over three months. This structure is covered with opaque PVC on the roof so that the interior light can be managed according to the events. On the other hand, ETFE, a transparent material, is used on the outside, to avoid hiding the wooden identity of the structure.

Successful integration into the emblematic Champ-de-Mars. Located on the Champ-de-Mars, the Grand Palais Éphémère has a strong connection with the history of the Universal Exhibitions. The urban and aesthetic integration of the structure represented a major challenge and architectural ambition. The slightly curved design follows the curve of the feet of the Eiffel Tower viewed from its perspective. The height has been strictly limited to the needs of future use and therefore leaves the dome of the Military School sixteen meters higher, so as not to hide it. The curvature of the ensemble does not show any break in the lines between the roof. In addition, its double skin has a powerful capacity for sound insulation.

A modular structure that is quick to assemble. The wooden structure of the building is not only designed to be modular and quick to assemble, but also to be reused in multiple configurations when it is dismantled after the 2024 Olympic and Paralympic Games. It required 1.500 m3 of European spruce assembled in glued laminated timbers, sized for efficient road or river transport to reduce assembly time on site. Every year, an additional structure will be added periodically to the main structure, providing an area of approximately 18,000 m2 for FIAC and Paris Photo. At the end of four years of use, the building will be completely dismantled and reused. Stored by its builder-owner (GL Events), the four naves can be uses separately to adapt to the size of different projects.

An environmentally-responsible building. The Grand Palais Éphémère is a flexible, agile, circular bio-sourced construction, designed in wood, a renewable resource, from a sustainably managed forest (PEFC). In addition, the profile of the structural arches working in compression helps to minimize the mass of wood used. The resulting geometry of the framework arches provides a useful volume covered by a reduced roof area and the dual skin has significant acoustic, thermal and ventilating properties, thereby using less energy. 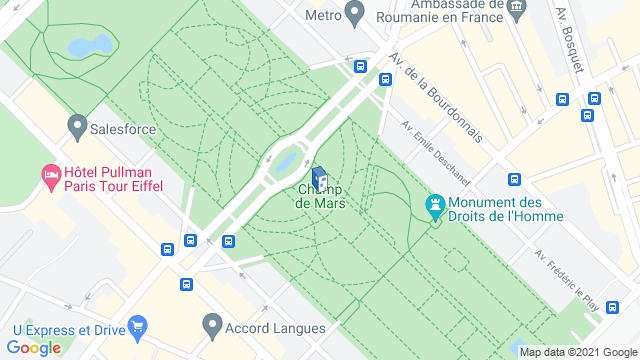 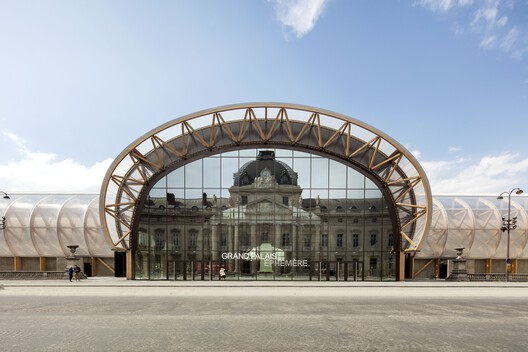