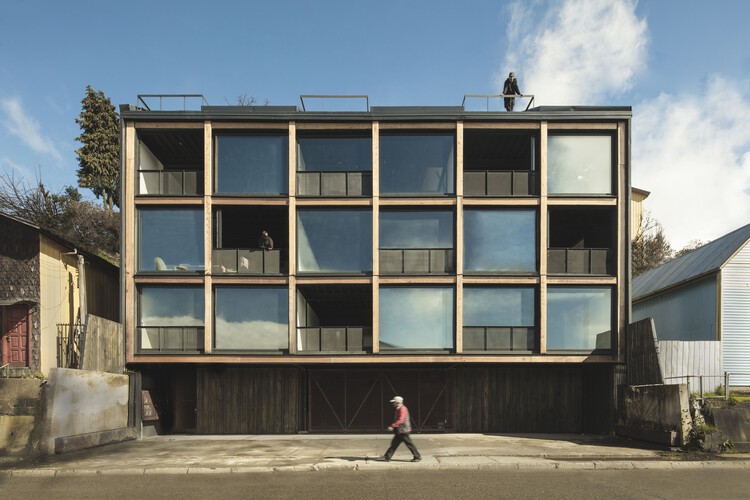 Text description provided by the architects. Castro city, capital, and administrative city of Chiloé island, in its urban growth, produced mainly by the aquaculture and tourism industries, today it demands housing in the city, which are currently located and developed in the periphery.

The Pedro Montt neighborhood, although it has become a mainly touristic quarter, it must, as well as the city, density and reflect different applications and programs. The incipient housing need and the excellent connection of the land, defines the housing vocation of the building. From the beginning, the building presents itself as a large warehouse with a steel structure, recognizing and evoking the character of port which characterized Castro at the beginning of the century, when it was a free port and where the current site was an improvised train stop, train which connected Ancúd with Castro. The building defines its height considering the 15 meters height hill which is at the back of the building and not the 25 meters that allowed the city´s regulatory plan.

The building takes advantage of the privileged views, raising one floor and looking over the roofs of the palafitos (stilt houses), housing in the first level the access and the parking slots. The apartments are developed in the following floors as open plan and framing the views towards the channel of Castro. The public and private spaces are divided by a wet core: kitchen-bathroom. 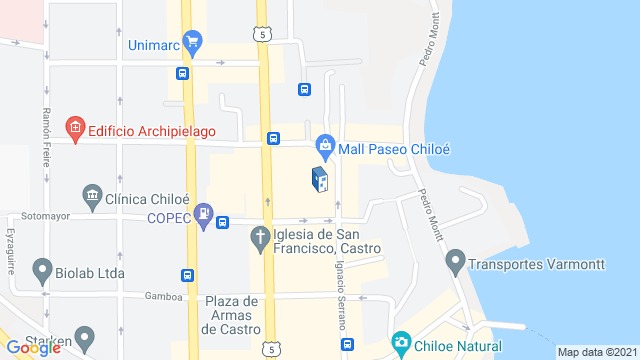 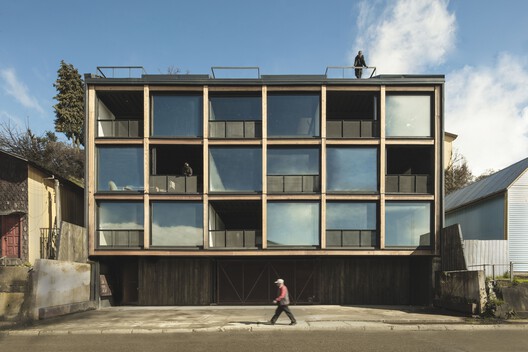