Polyvinyl Butyral (PVB) is a resin known for its strength, flexibility, and optical clarity. When inserted and bonded between two panes of glass, the combination —known as laminated glass— provides a tough, acoustic, glare-, UV- and solar-protective barrier with no loss of transparency. So much so, that its main use is in car windscreens.

By inserting and layering various sheets of colored PVB, glass can be transformed with a kaleidoscope of color and a range of opacity. The whole effect gives interiors specifiers a palette of light and color tools when adding personalities to interior environments. Here are six examples of projects that use PVB-laminated glass to great effect:

Laminated glass was specified by Kennedy Fitzgerald Architects to add creative flair to the once boring, concrete Computer Science Building at Queen’s University, Belfast. Used to construct the building’s interior mezzanine balconies and an eye-catching light feature in the central atrium as well as adding colored fins to its exterior, the colored glass brings a vibrant personality to space many outside the field of computer science assume to be dull and inexpressive.

Utah Schools for the Deaf and Blind
United States

Jacoby Architects used high-contrast glass accents to highlight specific architectural features in the Utah Schools for the Deaf and Blind education center, helping low-vision occupants to navigate the space. Specifiers were spoilt for choice with a near-limitless range of color-insert combinations providing a spectrum of translucency from clear to 100% opaque. This allowed certain communal areas, such as the stairway, to fill with joyful light and color, while allowing others to both stand out and remain private, like the therapy rooms.

As part of their care at the Princess Máxima Center for Pediatric Oncology in Utrecht, young cancer patients were required to cross a busy four-lane road, for specialist treatment at the Wilhelmina Children’s Hospital next door. LIAG architects + engineers designed a therapeutic rainbow tunnel of light to not only improve and speed up the journey but in doing so, they created a symbolic path to recovery. As well as acting as a natural mood enhancer, the colored laminated glass provided an acoustic barrier to block out noise from the road.

Whether customers enter the Emporia Shopping Complex via its amber east entrance or ocean-blue west entrance, they’ll be struck by the design and engineering of its construction. The facade’s wave-like form is only possible thanks to the strength and flexibility of the PVB layers inside.

Once inside the retail theme park’s laminated glass shell, however, they’ll be mesmerized by the color and translucence of its latest attractions, with bright blue balustrades and escalators, green stairway rails accompanying chandeliers of foliage, and a three-dimensional red glass ceiling feature.

By layering multiple PVB inserts, it’s possible to create a huge range of colors and effects. But the inserts themselves can also be cut and positioned to a specific design, meaning either intricate or subtle motifs can be created both inside and out.

As the angle of sunlight passes across the computer chip-inspired glass facade of the Sensor City technology center in Liverpool, for example, as does the interior effect change. The sun-lit shadow brings an identifiable pattern to interior surfaces, serving to remind and inspire the building’s occupants –both academia and business partners in revolutionary sensor technology– of its function and purpose.

Multi-purpose colored laminated glass from companies like Vanceva can replace any surface, interior or exterior, flat or curved, suspended or load-bearing, and bring joy and positivity to any project.

Though not technically an ‘interior’, being pitched on the side of a mountain, the PVB-embedded glass makes visiting the popular Rainbow Glass Cliff in China like standing inside a rainbow. As well as recreating the meteorological phenomena, the PVB layer adds both UV and solar protection to those brave enough to cross the walkway and increases the strength of the glass – a reassuring note for the balcony’s 500,000 annual visitors. 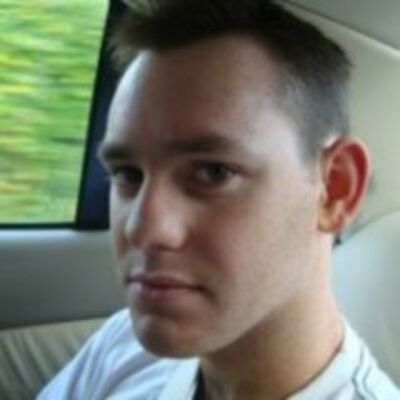 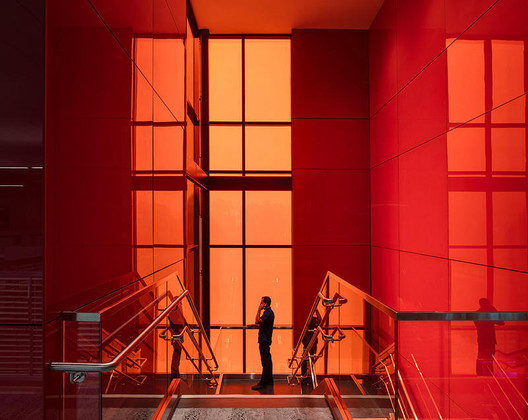