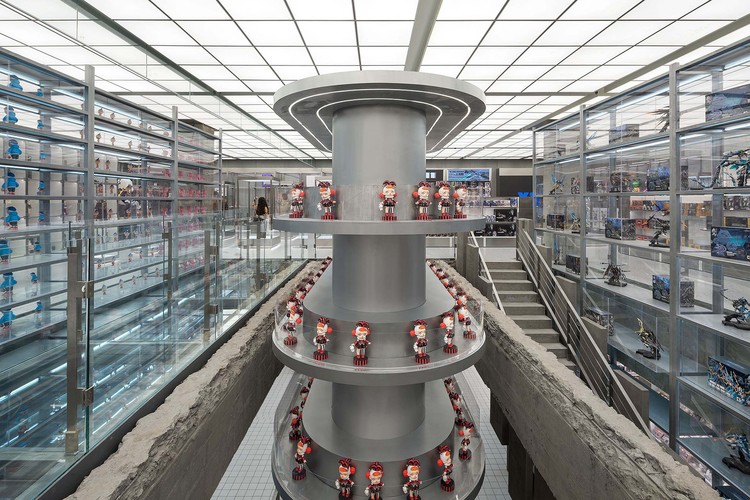 Text description provided by the architects. This is China's largest toy collection store with the most diversified categories of products. The key of the design was to create spatial experiences and styles that cater to young consumers' preferences. After discussion, both the client and the design team agreed to introduce differentiated and novel experiences into the store. The store is a two-storey space, which is located on the ground and underground floors of a building and occupies a total area of more than 2,000 sqm. It collects toys of all categories worldwide. The design team hoped that customers would be shocked by its diversity and "largeness" beyond physical-scale level.

5-storey blind box-featured façade. The design team renovated the 5-storey facade of the building where the flagship store sits. By taking advantage of the large scale, the designers created a brand new 5-storey facade that consists of many "blind boxes". The facade also functions as a neat, orderly LED lighting wall to strengthen the visual identity of the store on the street, helping attract passers-by to explore inside. When the lighting fixtures are turned on at night, each luminous box forms distinct pixel patterns, well expressing the brand's attitude.

"X Ark" — rebirth after doomsday. To create a story-telling and experiential space, the design team took "X Ark" as the theme, and adopted spatial narratives to tell a story that when the universe collapsed, a scene of "rebirth after doomsday" was actually reconstructed. "X Ark" is a refuge for beauty, a spiritual ark for Gen Z, a dream destination for the young, and a forward-looking, diverse and ideal ACGN world built on an apocalyptic wasteland.

Cyberpunk & wasteland aesthetics. In order to break the independence of the two floors of space and maximize the integrated brand experience, the floor slabs of the ground floor were removed to connect it with the underground floor, so as to extend the space downwards and make it more magnificent. After demolishing and stripping treatments, the existing reinforced concrete beams and columns are exposed and retained, thereby restoring original structures. After reconstruction, the silver matte stainless steel and exposed grey cement, complemented by lighting and multimedia device featuring a sense of technology, reveal a strong cyberpunk style and appear cooler, more trendy, and futuristic.

Full-height shelf with a sense of volume. The 6-meter-high shelf visually integrates the two floors of space and becomes an instagrammable scene and art installation in the store. It seems to rise from the ground and extends upwards, creating a dramatic, futuristic, sci-fi, and mysterious visual effect. Besides, the transparent glass bridge blurs the physical boundaries of the two-storey space, arousing customers' interest to explore it.

Exclusive "X Time Tunnel." The long, distinctive "X Time Tunnel" features a sense of technology, and seems to link to the future. Consumers can explore different scenes through the doors in the tunnel as if they engage in a never-ending comics and animation exhibition. 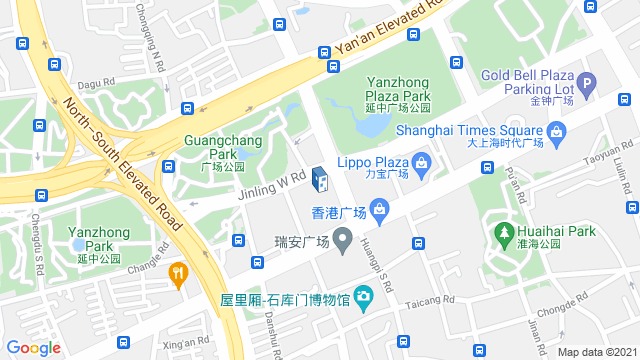 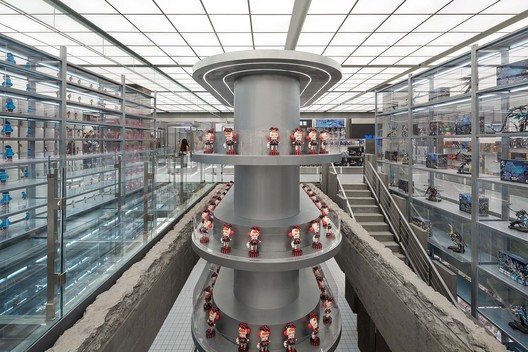