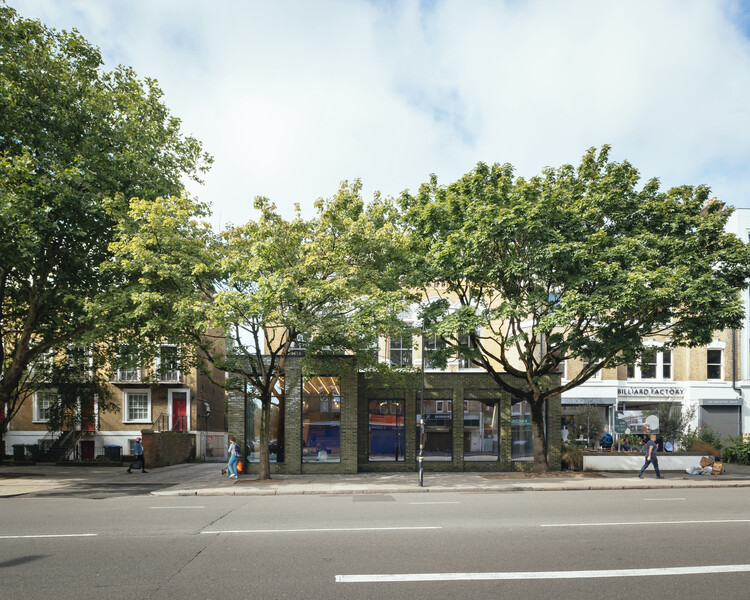 Text description provided by the architects. DSDHA has completed a major redevelopment of the National Youth Theatre’s (NYT) London headquarters, transforming the existing building’s visibility and accessibility and doubling its capacity for professional studio space. Conceived as a ‘Creative Production House’ for young people, the rebirth of the former Mission Hall, dating from 1872 on busy Holloway Road, allows NYT to deliver on its ‘open door’ policy and vastly expand its enviable track record of enriching the lives nationally and contributing to the local community’s cultural and social value and offering much-needed support for the students at a time when funding for drama in state schools has decreased markedly.

DSDHA’s proposals for the NYT were designed with young people, for young people. The team engaged in a co-design process for members to create an environment that is fully accessible, welcoming, and inclusive – as well as glamourous at times too. Design responses include creating a welcoming and easy-to-use building with fewer boundaries, increasing the opportunity for young people and professional creatives to meet and share in their passion for theatre, retaining the spirit of the original built fabric in dialogue with new additions which together act as a raw background for action, and encouraging spontaneous collaboration through the introduction of a series of informal social and workshop spaces throughout the legibly laid-out interior.

The recent completion sees major internal reorganisation, the creation of a new 250-seat theatre and additional rehearsal spaces, with a consolidated working environment to accommodate all staff together for the first time. It provides the necessary space to create an environmentally and financially sustainable future for the NYT that meets the ambition of all its users. The new pavilion, known as the Green Room, is clad in distinctive green glazed bricks, referring to the character of civic buildings and public houses without compromising the historic character of its original building’s façade, keeping it recognisable as a long-term home to its members.

The National Youth Theatre (NYT) has been inspiring thousands of young people to find their route into the creative industries since 1956 and has a rich and long-standing history in the London Borough of Islington, having operated from its premises on Holloway Road since 1987. 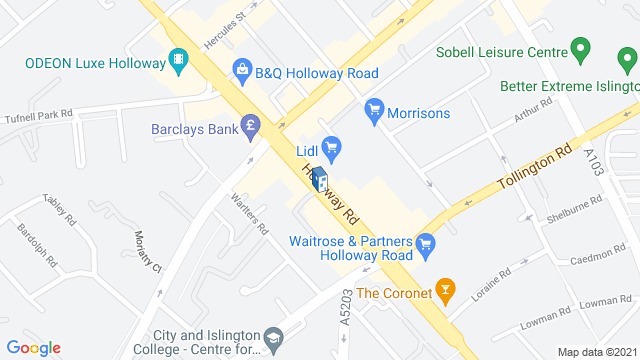