The fourth edition of the Chicago Architecture Biennial opened to the public on September 17th, showcasing a series of 15 site-specific interventions within the urban environment that tap into ideas of shared space and collective agency, exploring “who gets to participate in the design of the city”. Led by Artistic Director David Brown, this year’s edition operating under the theme The Available City, intends to highlight the potential of vacant urban areas as collective spaces through interventions developed in close collaboration with the local community. At the same time, the event underscores the potential for “immediate new possibilities” and illustrates the significant impact of small urban gestures. 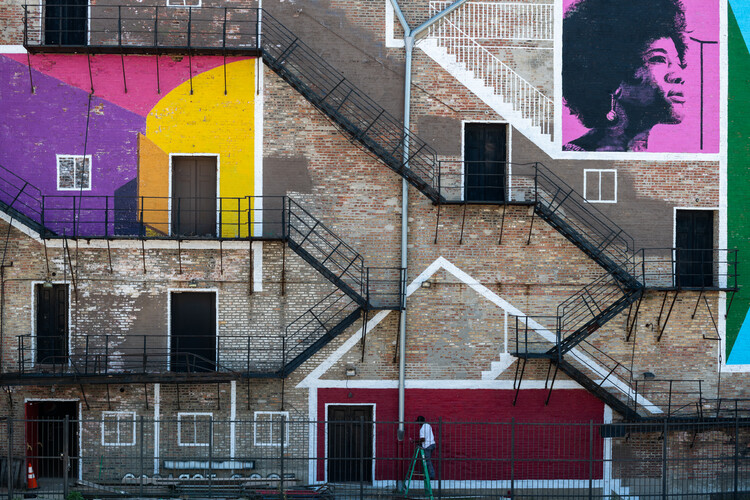 The fourth edition of the Chicago Biennial takes on more considerable proportions, expanding from the exhibition format to interventions on several sites across the city. The event showcases 15 projects developed by 80 contributors, exploring various scenarios for activating urban areas within Chicago’s neighbourhoods of North Lawndale, Bronzeville, Woodlawn, Englewood, Pilsen, and the South Loop. Community organizations and groups were paired with architects whose practice was aligned with the community’s intentions for the site.

As part of the programme, a vacant lot under a train line was transformed through a large-scale pavement painting designed by Outpost Office and produced using GPS-guided robots ordinarily used to paint temporary sports fields. On the same site, Studio Barnes, in collaboration with Shawhin Roudbari and MAS Context, created an architecture installation reminiscent of the bounce houses, which are a staple feature of block parties. Other installations include an outdoor meeting space referencing the community spaces in Sub- Saharan Africa designed by Matri-Archi(tecture), a mural by Manuel Herz activating a parking lot, or a community space created using rammed earth and on-site produced bricks designed by James Albert Martin, Eibhlín Ní Chathasaigh, and Anne Dorthe Vester, and Maria Bruun.

The Biennial represents Chicago at its collaborative best, exploring ideas that resonate both locally and worldwide. The 2021 exhibition brings neighbourhood leaders, our arts and cultural organization partners, and architecture and design professionals together in a dialogue which promises to enrich lives everywhere.

The Available City concept is the result of Brown’s decade long research into Chicago’s more than 10.000 vacant plots and the possibilities of community-driven design. This year’s event is meant to reimagine vacant lots as community spaces that reflect the need of the neighbourhoods. Throughout the Biennial unfolding until December 18th, a series of performances and workshops will activate the installation sites. 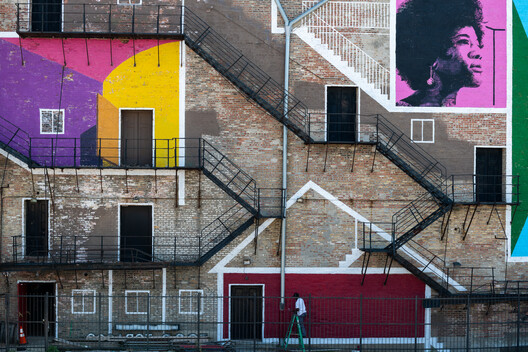