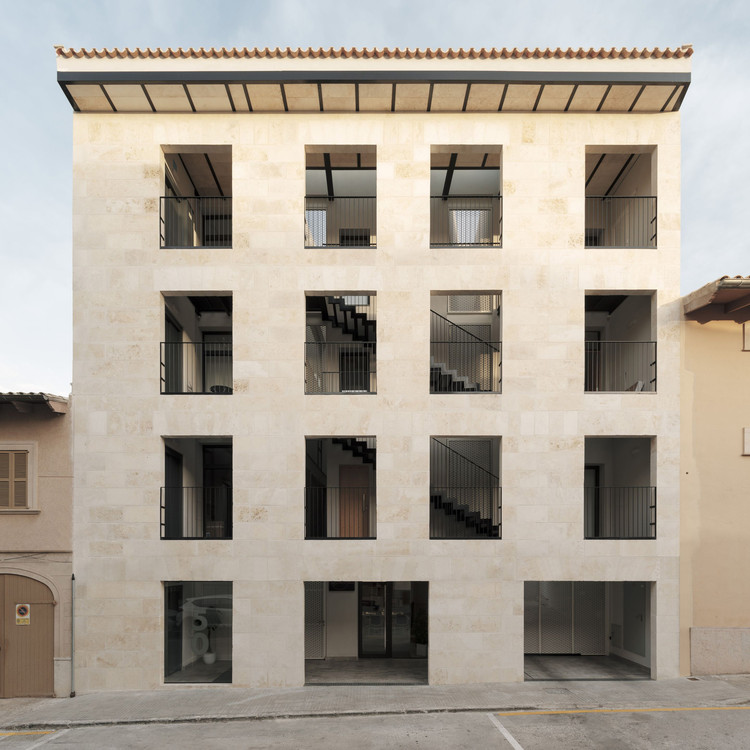 Text description provided by the architects. The design of a residential building through a system of visual, personal, and spatial relationships was the starting point for this project where tradition and contemporaneity go together.

In the center of the lovely town of Muro, we find a four-story apartment building. The building is articulated around one element: the façade. This unfolds into an interior face, opaquer, and an exterior one, open to the street with large openings. Between the two, a habitable space is formed that functions as a circulation core.

The conception of the façade as both horizontal and vertical access through a system of stairs, corridors and lift, allows us to create a space of connection between the user and the town and among neighbors while improving the intimacy where needed. The neighbors can occupy these intermediate areas, becoming an extension of their homes and generating a visual journey through the vertical space, which the perforated grates sheet for the stairs and platforms allows.

The location of the block, between Santa Anna’s convent and the Sant Joan Baptist’s parish church, gives different meanings to the façade throughout the year. On a daily basis, cars monopolize the street and its depth serves as an acoustic filter; On the other hand, when the street becomes the scene of festivals and processions, it acts as a platform that the balconies have in the neighboring buildings. The duality between the private and public areas is detailed by the different materiality of these spaces. Responding to the location, the marés stone forms the exterior image of the building. Inside the wall, there is a metallic skeleton connected to the structure. The lack of a traditional façade to the street is made up of two light and ventilation courtyards that extend the amount of exterior perimeter. These semi-public and open spaces work as filters through the private and public life of their residents.

Based on the layout of the dividing walls and patios, the floor plan becomes very flexible because each floor is different. The living zones of the houses are always accessible by the entrance, and the more intimate rooms are placed at the other end of the dwellings, where the building opens up with balcony corridors and thus generating a more intimate façade. 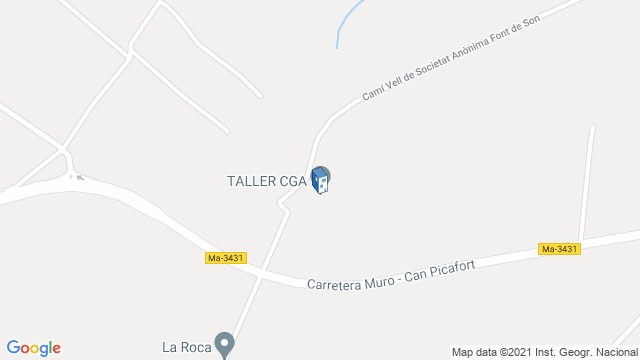 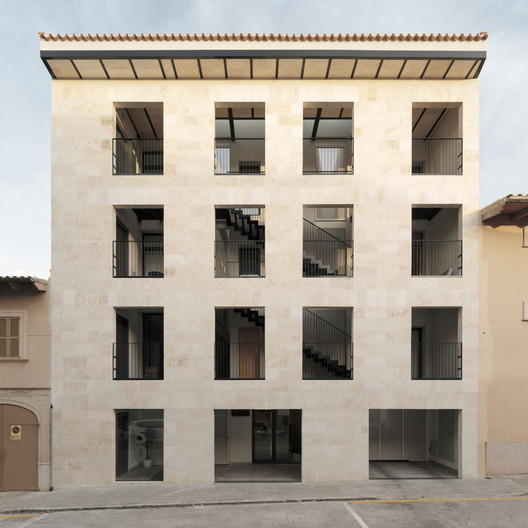