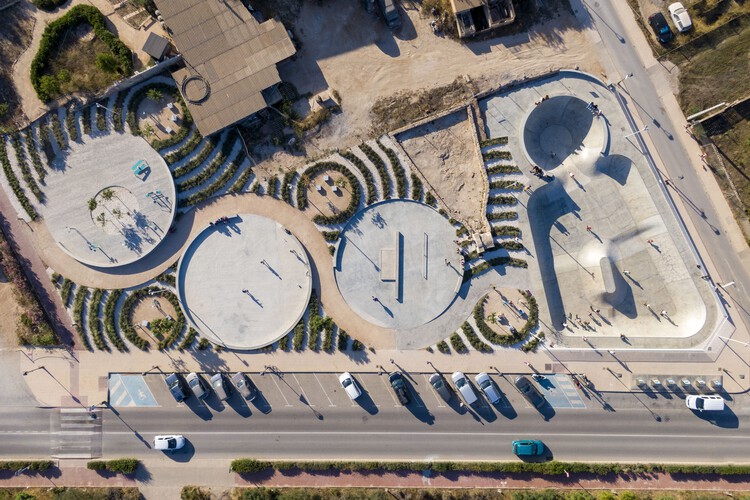 Text description provided by the architects. The intervention carried out is located on a plot included within the delimitation of the site of cultural interest of the historical complex of Sant Francesc Xavier and in the surroundings of the Sa Tanca Vella chapel, the oldest on the island and declared an asset of cultural interest in the monument category in 1993. Although the intervention carried out is limited to the implementation of different sports uses, the initially developed arrangement covered a larger area, with the introduction of cultural uses such as the open-air auditorium, the arrangement of the surroundings near the Sa Tanca Vella chapel, and the reorganization of the existing urban gardens on the plot.

The fundamental objective of this first part of the intervention is to promote interaction between different age groups by introducing multiple sports modalities adapted to each of them. Thus, the functional program includes spaces for learning skating for younger users, skate areas in street and bowl modalities for users belonging to intermediate age groups, and bio-healthy activity areas for older age groups. The ordering of these uses in such a way as to promote contact between the different users without producing negative interferences between them constitutes the main thread of the intervention.

The location of the plot within an area of the site of cultural interest meant that from the beginning of the project it was sought to minimize the visual impact that hard paving surfaces could introduce into the complex. For this reason, the maximum limit of the paved surfaces and their greater fractionation was adopted as a design criterion to try to adapt them to the slope of the plot without generating important unevenness. This fragmentation of the paved spaces allowed at the same time the conservation and enhancement of the traditional hydraulic infrastructures present in the plot, even recovering their use for the evacuation of collected rainwater without the need for the execution of new systems.

Starting from the concept of an arrangement of small paved surfaces in which the natural character of the intervention should be predominant, we proceeded to design a set of small circular spaces, independent and each one oriented to a specific age group, putting in relation to all of them through a common and winding route that encourages contact between the different users. As a complement to the program of uses demanded, small living and resting spaces with trees are introduced for the production of shadows.

The interstitial spaces located between the different implanted uses give continuity to the chosen geometry through the arrangement of bands of an autochthonous species such as lavender that minimize irrigation needs and whose size partially hides the view of the concrete paved areas from the public road. 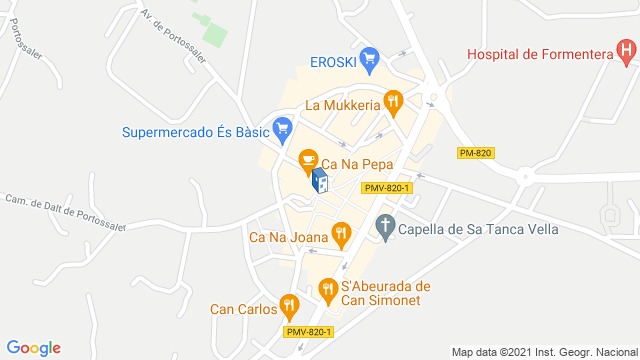