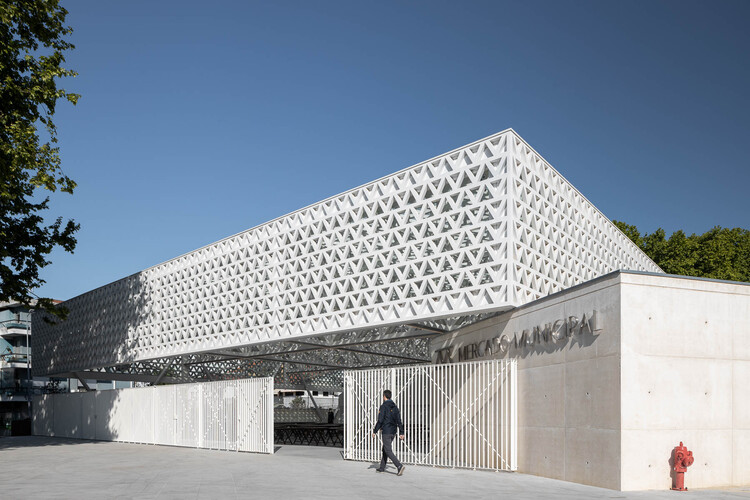 Historical Background
Opened on September 21st of 1952, the construction of the Famalicão Municipal Market had a dual purpose: on one hand to decongest the old fairgrounds (nowadays D. Maria II Square) and on the other hand to make a more pleasant space with better hygienic conditions.

After a golden period, the Market presented itself, at the date of the intervention, as an obsolete space without a dynamic capacity to attract new and diversified consumers.

Urban Context
The main building consists of three contiguous rectangular bodies, with a turret that bears the City's coat of arms, which marks the transition between D. Maria II Square and Capitão Manuel Carvalho Street.
At a higher elevation, the access to the Market's courtyard (Square) is made through two entrances - to the North, by the captain Manuel Carvalho Street and to the West, by the D. Maria II Square.

The courtyard, at a lower level, was supported by three buildings in which was sold meat, fish and fruit.
The main volume, which was maintained and rehabilitated in the architectural Project, takes form of a broken line in blueprint, but in a higher level it accompanies the street front. The interior spaces are occupied by several commercial establishments (street stores).

Concept
The intervention on the Famalicão Municipal Market aimed its rehabilitation, with the premise of enhancing its architectural character and improving the existing conditions.

Thus, in addition to the intervention on the existing building, a new metallic structure was built, guaranteeing the ability to meet the needs of the permanent and cyclical Market and still allow the opening of a new urban front to Marechal Humberto Delgado Avenue and Mouzinho de Albuquerque Square.

The coating of this new body guarantees the shading and waterproofing of the space and has as reference the pre-existing triangular module of the turret, which also allows a greater integration in the surroundings. 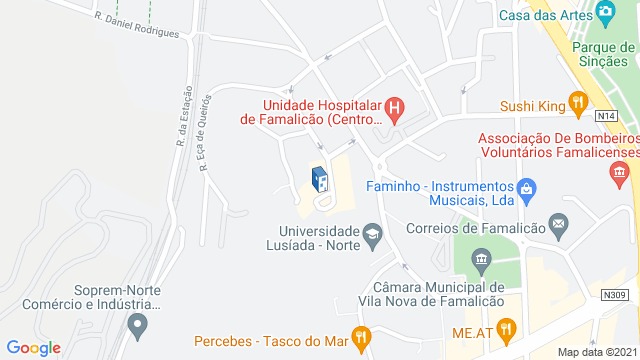 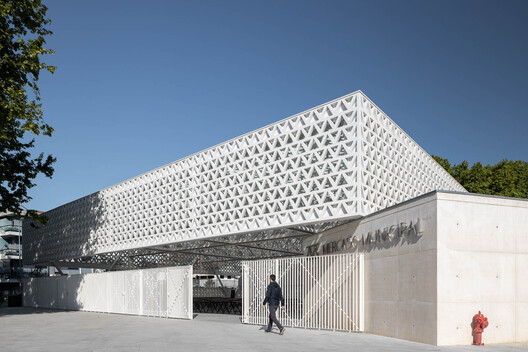