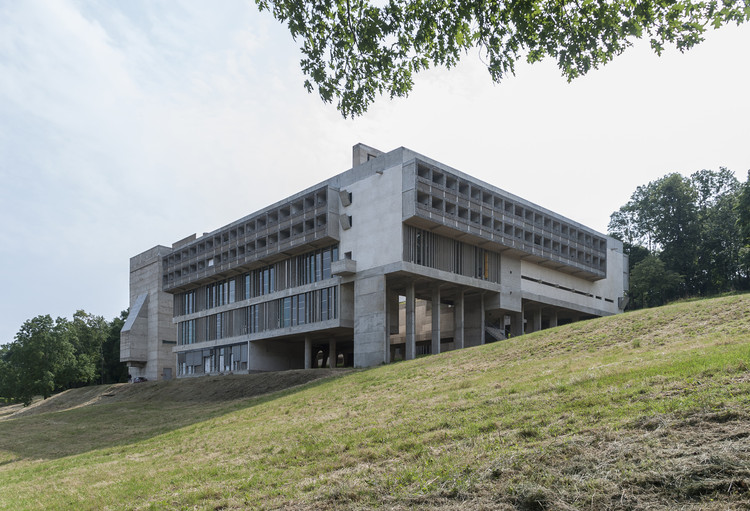 The Convent of La Tourette is Le Corbusier's final building completed in Europe, and is also thought by many to be his most unique program. It was built to be a self-contained world for a community of silent monks, and to accommodate the unique and specific lifestyle of the monks, the monastery is made of one hundred individual cells, a communal library, a refectory, a rooftop cloister, a church, and classrooms.

The one request to the architect by Father Marie-Alain Couturier was that he "create a silent dwelling for one hundred bodies and one hundred hearts."

The architecture of Le Corbusier is distinguishable for its five key elements, which are present in the late Modernist style of the Convent of La Tourette.

The more obvious of these in this specific project are the pilotis, or load-bearing columns, which line the inside walls and open the facade to long strip windows. The classic grass rooftops create an architectural promenade, relating back to the Villa Savoye, although the context of the convent is very different than of the residence.

The site was specifically chosen by Corbusier, as he was drawn to the steeply sloping bank with powerful views. Every one of the hundred cells features an outward-facing balcony, with communal areas underneath and the cloister running around the roof. The structural form of the building is reinforced concrete, with undulating glass surfaces located on three of the four exterior faces.

Built as a Chapel, residence and place of learning for Dominican friars, the monastery groups around a central courtyard a U-shaped mass, and the court is closed off by the chapel at the end.

The intention of architect Le Corbusier was "to give the monks what men today need most: silence and peace... This Monastery does not show off; it is on the inside that it lives." Although this was ultimately achieved, there were still reservations about the size of some of the cells, as well as the soundproofing and acoustics. Maintenance issues are still very prevalent today, with cracking concrete, defective insulation, and dangerously installed electricity.

Much of the personality of this building is found in the interior, with the floor-to-ceiling glazing in the public areas, like the chapter room and refectory with their commanding west-facing views over the valley, library, and church entrance.

One of the best moments of the architectural promenade is the ramp down to the church entrance: an austere, concrete corridor with uneven yet rhythmic glazing, which leads to a stern metal wall that rotates to give access to the dark, colored glow to the rest of the church.

The interior of the church reveals a concrete box which is given a spiritual essence through its use of natural light and strong color, both selectively and carefully placed. "Light cannons" are created as the five different types of openings around the church let in daylight, several of which are graciously sculpted on the exterior. The colors are also present in these openings, which give the church a warm and evokative glow.

As of now, the monument has housed people for around forty years, welcoming visitors, architects, architecture lovers and students from all over the world. Today it functions as a meeting place for different disciplines connected to the human sciences and philosophy.

Update: this article has since been updated with photographs by Fernando Schapo. 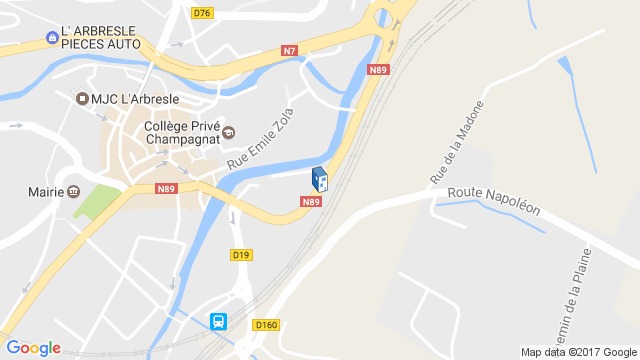 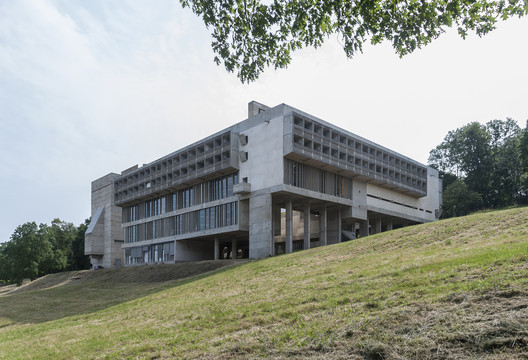