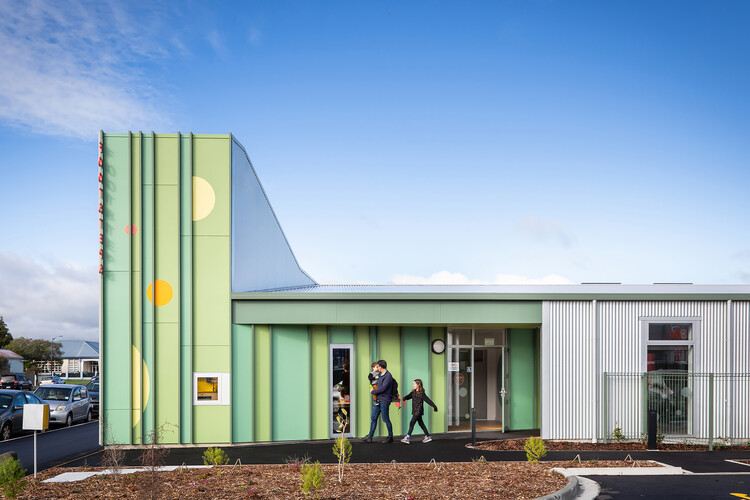 Text description provided by the architects. Footsteps is a pre-school designed for the Seventh Day Adventist Church in Palmerston North. It is located on a large property in a commercial/retail area, backing onto a local primary school. The building occupies half the site with car parking and garden areas to the north. The building has been pushed to the street edge to engage with passers-by, different from the ‘big box' retail outlets nearby, which sit behind large car-parks.

The project was built to a relatively tight budget and is based around a prefabricated Coresteel gabled shed structure with a section of roof raised at the street edge to mark the building's presence. Colored panels and vertical rhythms are used to accentuate this and guide visitors into the building. Randomly placed circular windows allow the children to engage with activity in the street and vice versa. Circular motifs, playful colors, and rhythmic detailing punctuate what is fundamentally just a simple shed.

Entry into the pre-school angles into the building on the diagonal, offering views across indoor and outdoor play spaces before arriving at the reception. Once inside areas are divided into under two’s and over two’s. The main space is the over two’s an indoor play area, which has service spaces, kitchen, and bathrooms running along its southern edge, with a large indoor/outdoor area to the north that can be closed off in bad weather, which leads out to generous outdoor play areas.

Flexible, functional, and playful furniture has been developed with a quest for economy. Tables are cut out in different shaped sections of melamine-coated plywood mounted on standard legs, allowing for users to create varying combinations of shapes depending on activities. Large drainage pipes are cut and joined together to make bag storage areas and climbing holes. 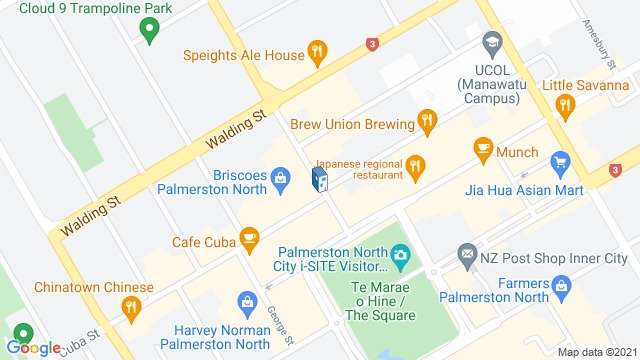