Save
Efremidis / CAMA A 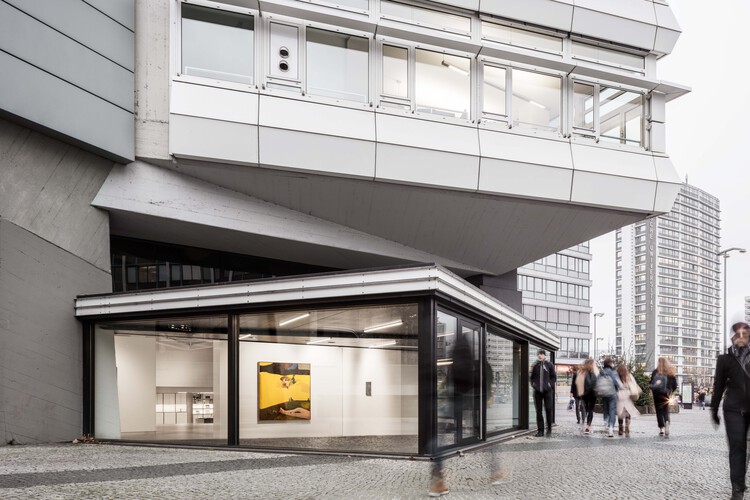 Text description provided by the architects. Efremidis is situated on the ground floor of the listed building designed for IBM by Rolf Gutbrod and Hermann Kiess in the early 1960s. The ground floor housed the data center of the blue giant which explains the higher than usual ceiling filled with air vents and -ducts. The exhibition space has been redesigned by CAMA A during the summer of 2018. Many original architectural features were retained in order to encourage reflections on the exhibition site. In the building, which was built by Rolf Gutbrod in the 1960s, the new gallery occupies the entire ground floor. In the past, the latest computer models were exhibited here - today it is a room in which contemporary art is shown.

The pavement flows down to the ground floor. You descend a few steps into the gallery space, which is literally let into Ernst-Reuter-Platz. The ramifications of the huge ventilation system, which used to dissipate the waste heat from the computers installed here, bear witness to the past as a data center. These were uncovered and thus staged like a permanent installation.

In the back of the gallery, the office was fitted with built-in furniture. A large table is used to present books and works of art. The gallery walls were deliberately moved away from the listed building structure of the house in order to let it work. One of the gallery walls is mobile. The exhibition space can thus be changed depending on the exhibition concept. The large shop windows allow glimpses and at the same time serve as a showcase for the art. 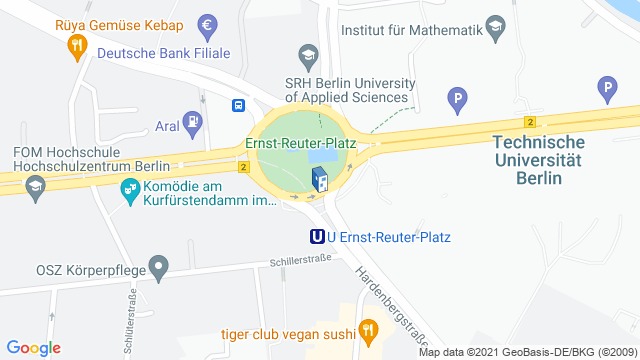 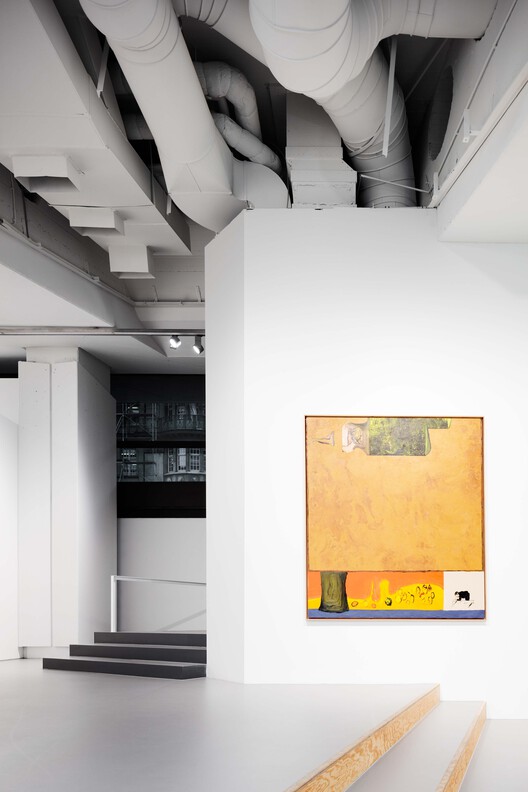 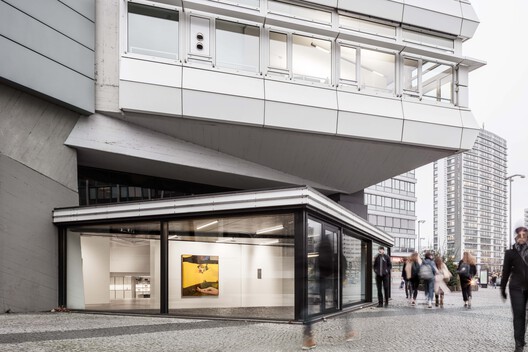