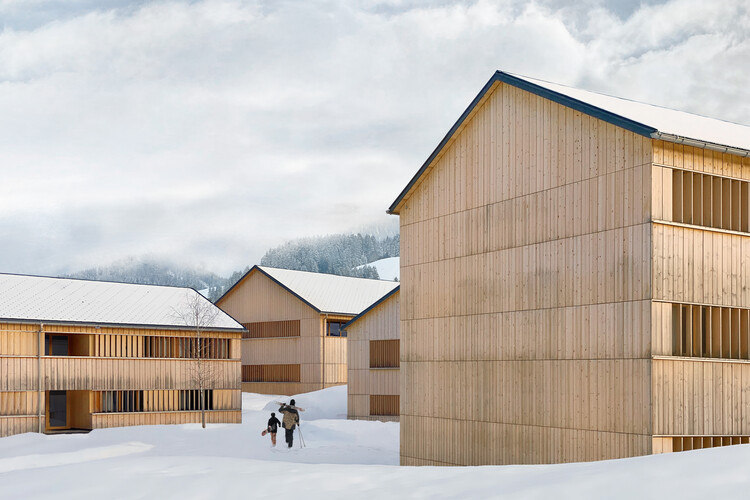 Text description provided by the architects. What dimensions should one use for a hotel in a remote landscape?

Architects have already found many answers to this question. You can use the spatial programme to create a monumental object, a grand hotel with the mountains as a backdrop as was the case in many places during the Belle Époque. One could also design a subterranean building or try and make it invisible in some way. Perhaps one would come up with this idea today because of the advancing urban sprawl.

We have chosen a third approach to find an appropriate form: We investigate which settlement forms can already be found in the surrounding cultural landscape. And we found what we were looking for: the existing Vorsäss Eggatsberg can be admired at a distance of about 1,000 metres.

What is a “Vorsäss”? The term originates from the Alemannic Alpine region and refers to a settlement inhabited only in summer, consisting of simple farmhouses with stables, forming a loose settlement without the pretense of being a village. The buildings are similar to each other, they are oriented according to the topography, they do not form streets and they do not have fences. 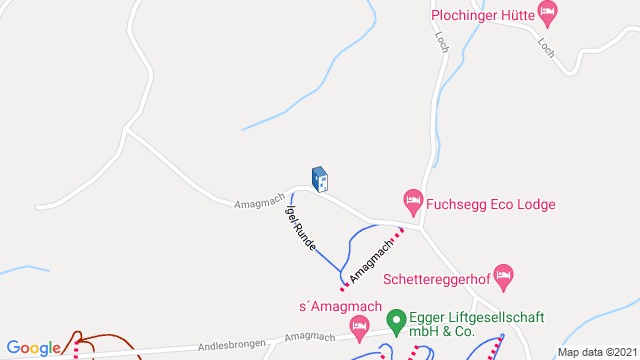 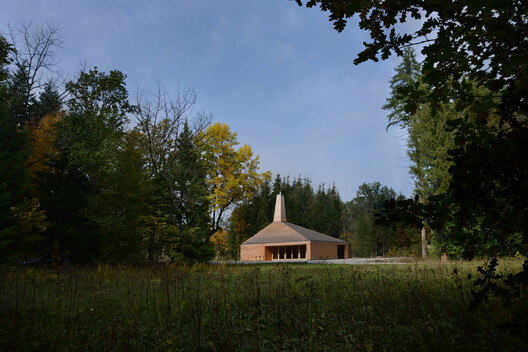 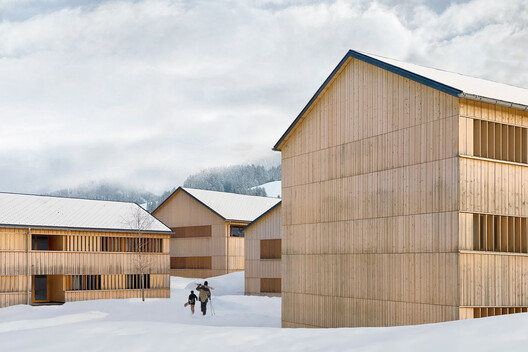