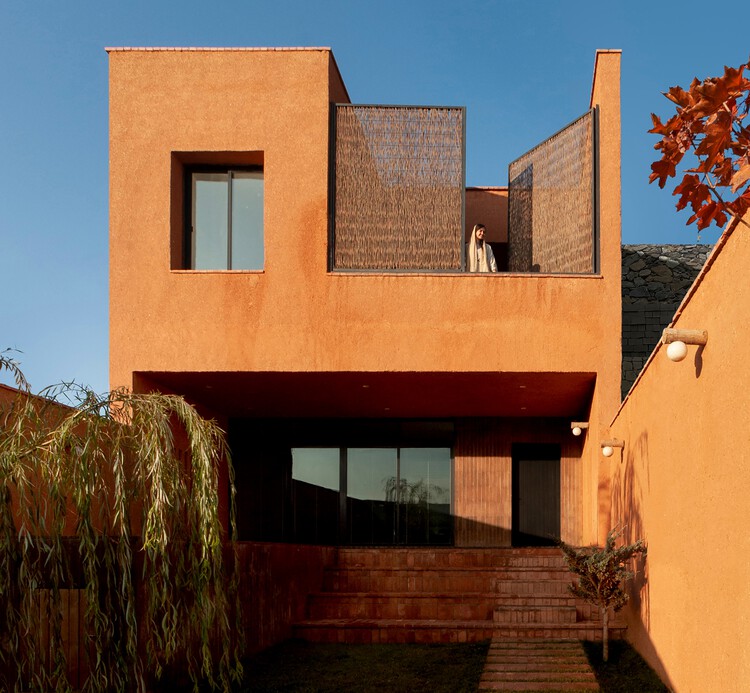 Text description provided by the architects. Mayan Villa is located on the outskirts of the third summer tourist village of Mashhad, which is 1800 years old. A land with an area of ​​265 square meters with a width of 9 meters, on a rocky land with a steep slope, which its special character is a pristine landscape and its connection with the context.

Consequently, the creation of a harmonious relationship between the volume and the context with the slightest change in the historical-natural form of the context was the most important idea of the project for the designing team. In this regard, the study and complete identification of indigenous patterns, from the morphology of the texture of the historic village to the ecology of the natural environment, helped greatly to form the concept of the project.

Due to the limited land area, severe topography, and the summer climate of the region, designing through the section was used as the main process to form the basis of the relationship between context and volume to solve its problems. Placing only two volumes (parking-entrance volume and residential volume) on two different levels, and establishing a relationship between them through a green space and roof garden, presented a suitable response to the program, landscape, and open space of ​​the project.

Porches play a key role in reducing the mass of the volume, to strengthen its relationship with the context by providing adequate visibility and sunlight. The extension of the green courtyard forms a relatively deep porch, which defines the covered living space as well as the relative lateral privacy for the pool. Also, the courtyard of the first floor, which is to provide proper privacy, an opening and closing structure from the native plant cover of the region, called “Judas tree (Arqavan)” has been used, which is one of the handicrafts of “Torqabeh” region of Mashhad.

It is worth mentioning that the shadow caused by the roofed living space and the pool water, which is located in the direction of the region's breeze from the valley, creates a chimney phenomenon, which has a great effect on reducing energy consumption during the summertime is in a form that the energy consumption on the ground floor reaches close to zero by opening the roof floor window.

Based on the construction pattern and natural-historical materials of the context, the project coating has been done from natural thatch of the region, with a little iron soil and brick that its homogeneity with the context makes a sense and smell of the region, and adds their special intimacy to the façade with the simple wooden and native details. The details of the wall sconces and lighting decorations are all implemented with local details and handicrafts of the area. 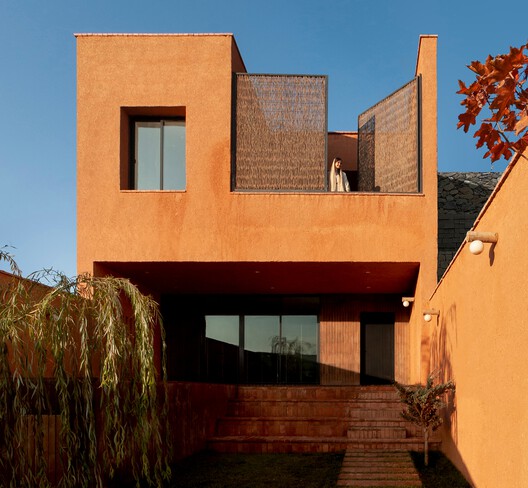