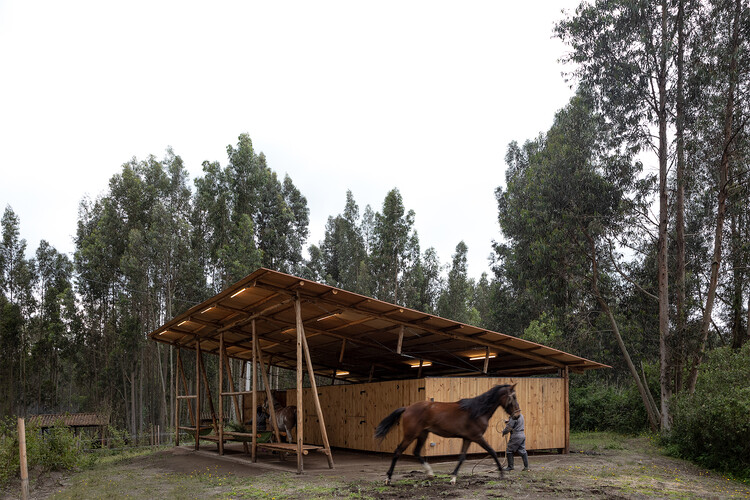 Text description provided by the architects. We are entrusted with an infrastructure, which houses 3 horses, a utility room, drinking troughs, a toilet, and saddle space. The project seeks to bring together all the services in a single pavilion where all the activities for the care and feeding of the animals are carried out.

The idea was to solve the program under a large roof with a light and slender structure, which blends in with the surrounding eucalyptus forests. This is accomplished through a sequence of porticoes cemented with minimal support points, which were built on site with eucalyptus wood using simple joinery assemblies and hardware.

Mixed structural pieces (wood and tensioned rod) are inserted into the trusses, resulting in light, contemporary, and almost invisible elements. With these trusses, a 7.5 meters span between supports is achieved, leaving the interior space totally free for the arrangement of the mangers and a front strip that opens to the most public spaces of the project.

One of the requirements of the project was to think about a future expansion, the repetition of these structural frames gives the building the possibility of progressive and flexible horizontal growth.

Inside, the manger modules occupy a space of 3x4 meters each, made up of prefabricated pine stave panels, worked by carpenters from a workshop in the area, these boxes are mounted raised from the ground, giving the feeling that they float doing even more light to the building.

The manger modules are set back, leaving a front access walkway, which is used as an outdoor covered space where they are located: the horse trough, care area, saddling, shade, and protection from the rain.

The roof of this pavilion is solved to single water, which allows directing and collecting rainwater in the direction of the rear facade of the building, towards a stone channel that runs along the rear edge where the water infiltrates back into the building. ground. The structure is implanted in the least invasive way to the ground by fusing a perimeter chain + 1 rib in each axis of the structure, which allows us to occupy the minimum amount of concrete to anchor the structure to the ground.

The subfloor is formed with earth+ a bit of cement using the material from the site, improving its resistance through manual compaction, inside the stables the hay floor is covered, which helps to improve the thermal comfort of the animals, facilitates the cleaning of waste and allows urine to infiltrate directly into the ground.

In this project we worked by hand with carpenters and resources from the area, during construction the modulation of materials and the management of resources were a priority; Generating the minimum possible waste, each surplus of wood was incorporated into the structure, support elements, or furniture conformation of the front room, the metalwork water tanks are cut in the middle and are reused for the water troughs.

For the development of the project, local labor was used and for the subsequent maintenance of the project the community is involved, closing the cycle in which the project helps to activate the economy of the place, sowing environmental and sustainability awareness among the residents of a rural area that is increasingly threatened by "modernity". 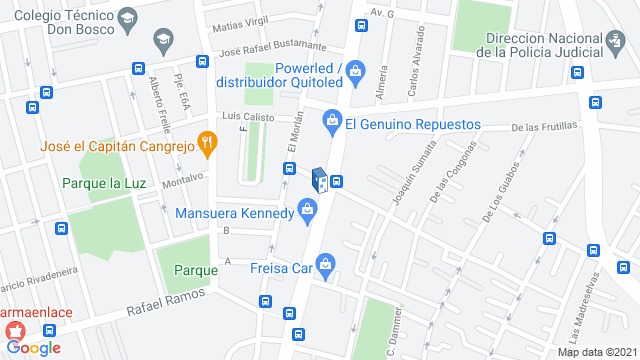 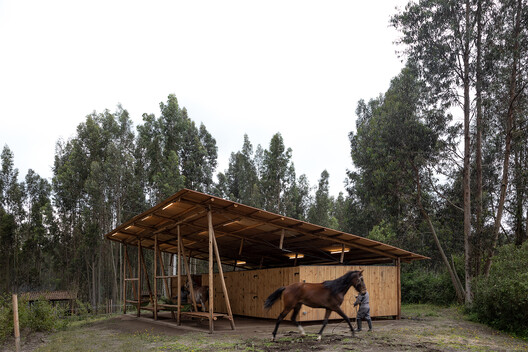