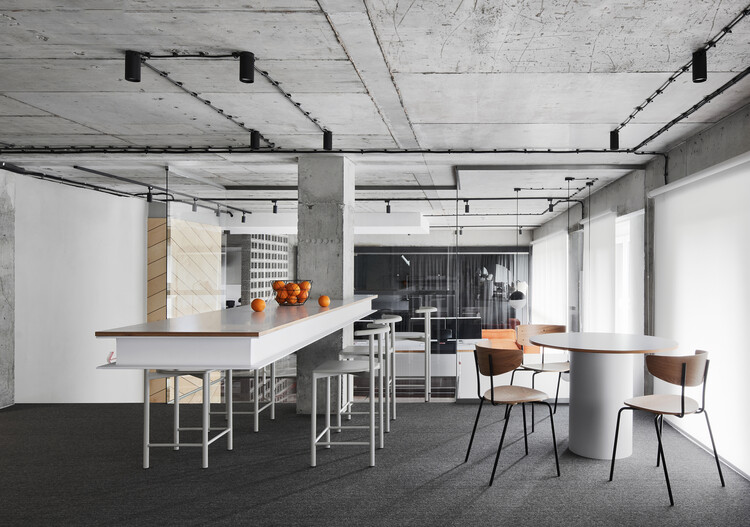 Text description provided by the architects. The concept of the office space was developed for a young team of IT specialists united by a common idea and aspirations, which served as the starting point in the development of the interior. A large open and understandable space with monolithic concrete structures preserved in their original form is a kind of basic element, setting a certain entourage and tone for the entire space. And the erected structures and partitions have a specific functional load of delimiting office zones.

The interior is full of tactile and textured materials - concrete, plywood, combed plaster, as well as cinder blocks, presented in the form of partitions. In addition, there are accent colors in the interior, for example, red acts as a connecting thread between the two floors of the office, and is also the color of the company's identity.

The office has three levels, each with its own specific function with local seating areas. The first level is reserved for the “noisy” departments of the company. The second is an open office space with a prominent black volume of the meeting room area. And the “highlight” of the entire space can be called the recreation area on the third level, where the company's employees can not only dine, but also have fun and active time. 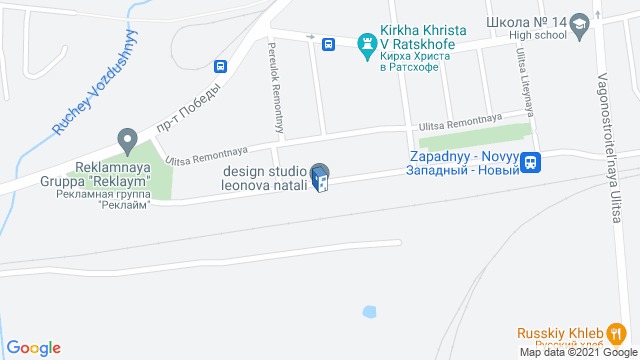 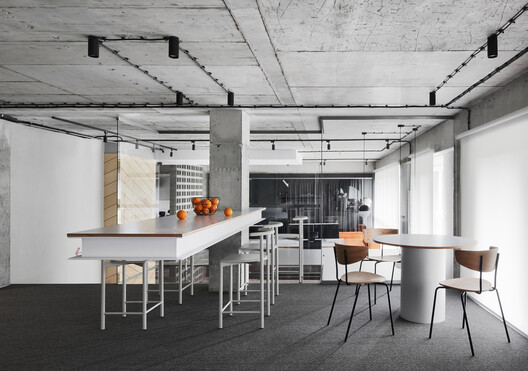