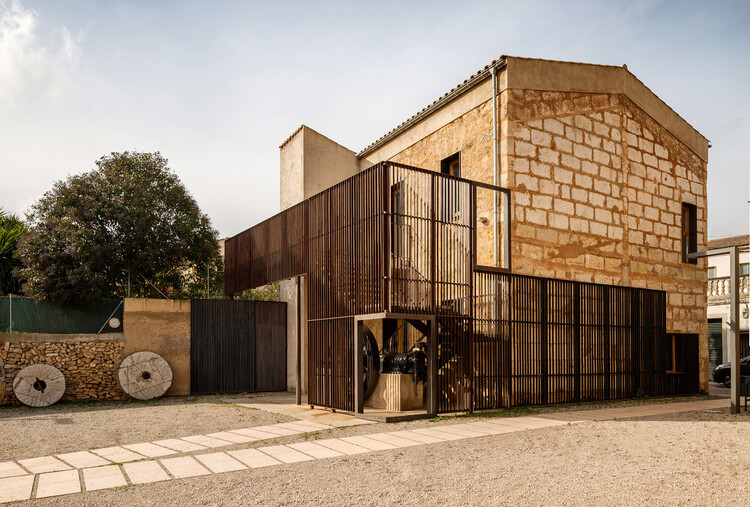 Text description provided by the architects. The project to reform the Farinera de Can Suau consists of the performance of a forgotten urban corner in Llubí (Mallorca). Bounded by the rear facades of the adjoining houses, there are two buildings that have historically functioned, one conditioned by the other. It is the Molí de Can Suau, a heritage building, as well as its attached "Farinera", a later construction dating from 1900. The proposal consists of urban action, generating a new semi-public urban space in the municipality. The resulting project is a new plaza for Llubí where new vertical connections have been placed outside to achieve the greatest free space inside the Farinera.

The construction in a state of ruins that connected the mill with the Farinera is suppressed and new urban access is generated from Creu street. On the other hand, a new staircase is built to access this square from Recto Tomás street. These new entrances achieve a new flow of pedestrian traffic between these streets. This semi-public square is an outdoor space that functions as a link between the mill and the Farinera. It is understood as the circulations between the multipurpose and exhibition rooms that house both buildings.

The suppression of this old connection in ruins, not only achieves new access to this place but also emphasizes the heritage building, the Can Suau mill, acquiring the prominence that corresponds to it.

The new exterior staircase that leads up to the multipurpose room on the first-floor functions as a viewpoint of the town. An elevator is built to comply with accessibility and the roof of the Farinera has been replaced. In the area of ​​the square, we have proceeded to landscape, pedestrianization, as well as the implementation of a small stage for holding events.

The square also functions as an exhibition space for the different historical elements that characterized the Farinera. The "moles" are located on the opposite party walls, and a laminated steel element defines the new urban access, the staircase, and a showcase where the old Farinera engine is displayed.

This characteristic laminated steel element has the particularity of densifying itself from the inside of the square and becoming transparent to show the construction of marés from 1900, from the street. In this way, the character of the existing construction from the outside of this area is respected and the original appearance of this area of ​​the municipality is not distorted.

The materials in this space consist of existing ones or new ones of an industrial nature such as the use that these two constructions historically had. The existing sandstone of the façade will be shown as the leading quality. The joinery is made of wood. The steel is also shown in the steel reinforcements of the entrances and windows that now redefine a new façade with respect to the dividing wall now exposed, having reused the previously bricked-up holes. 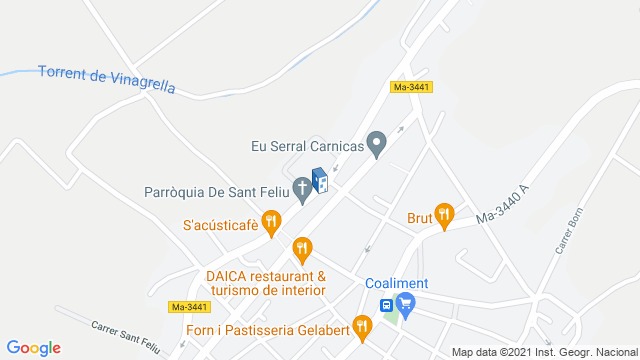