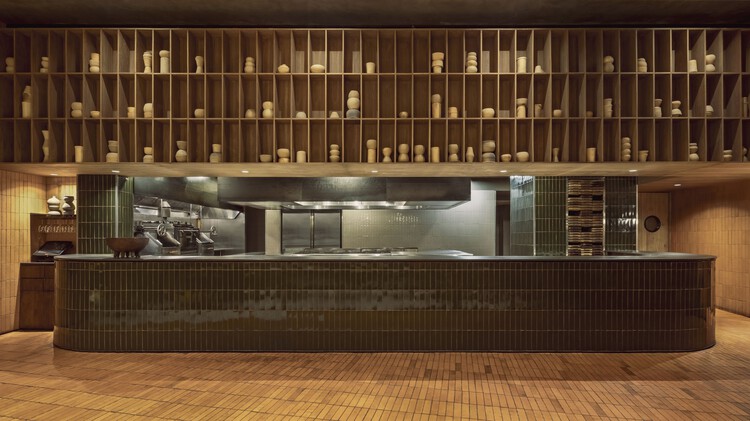 Text description provided by the architects. The restaurant is located within a shopping and financial district in Zapopan, Jalisco, near the city of Guadalajara, Mexico. The objective of the project was to implement the aesthetic and architectural identity of a business with almost 3 decades of history and a rooted culture of artisanal products and processes. Throughout the last 26 years, La Tequila has made itself a reputation as the city’s premier destination for Mexican cuisine and, as such, it has built a strong sense of identity that we were tasked with preserving.

The project aims to reinvigorate that identity, by taking the original textures & components and applying them in novel ways to create a renewed but familiar language. This is analogous to the restaurant’s cuisine, which takes traditional Mexican recipes and transposes them to a modern context.

The origin of the source was the main concern, with locally produced materials and handcrafts that would reaffirm what the concept stands for.

The program is fairly straightforward. Back-of-house areas, including kitchen, product reception, staff bathrooms, and offices, are distributed across two levels and take up roughly 40% of the total volume. Meanwhile, the front of the house, which occupies the remaining 60% of the restaurant, is divided into 3 distinct areas: an interior hall, ideal for family gatherings, that faces the open section of the kitchen and is in close proximity to bathrooms and kids' club; a large semi-outdoor area for different seating configurations directly in front of the bar, that offers great views of the neighboring commercial district; and an adjoining terrace that can be enclosed by a series of textile curtains to serve as private dining areas. 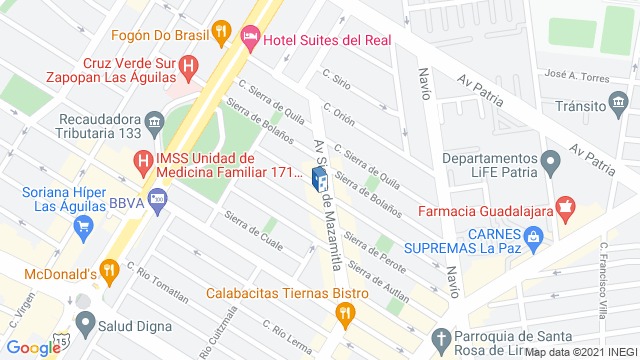 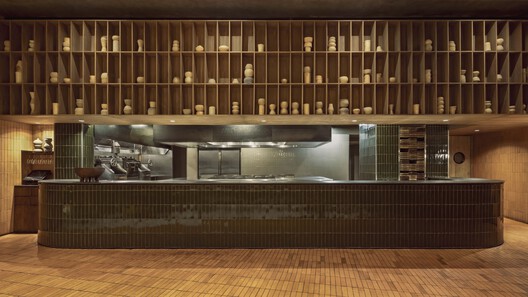