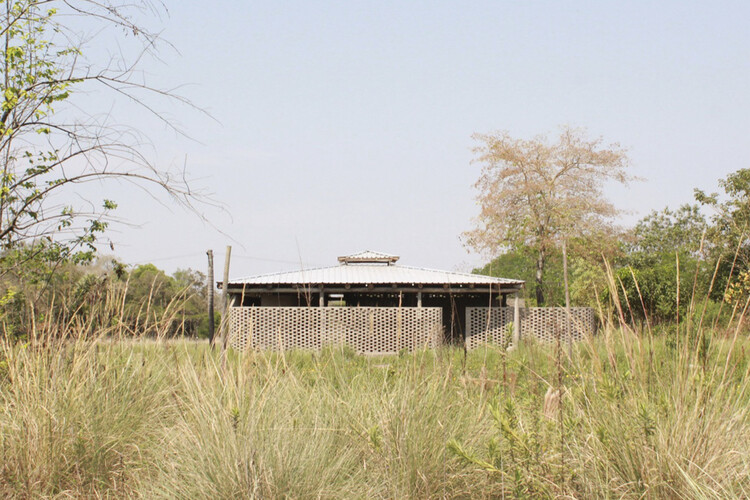 "Ethnicity necessarily supposes a trajectory (...) and an origin (...). What would be characteristic of ethnic identities is that in them the historical actualization does not cancel the feeling of reference to the origin but even reinforces it. It is from the symbolic and collective resolution of this contradiction that comes to the political and emotional strength of ethnicity" Joao Pacheco de Oliveira. The development of the State, religion, and capital has destructured the indigenous socioeconomic organization, forcing the communities to integrate into the economic system, which seems to be the only way out of extreme poverty. How to see the future?

The exchange seems to be an opportunity for the indigenous communities to recover their cultural traditions and the vindication of their rights. To solve their problems, the full participation of the people is the most important condition. The establishment of a dialogue between the support organizations and the communities could make it possible to identify the current problems of concern and to articulate financial and technical support so that they can elaborate and implement their own development proposals. This is the reason for the research and project carried out in the Toba Qom community: to understand what unites them, the problems they encounter, and their consequences. The proposal seeks to be a model of management, design, and construction of facilities through the management of covenants that do not focus only on the physical but can explore the ability to look beyond architecture.

It seeks to be a space that allows the encounter, but above all the exchange in 2 aspects. One, reinforcing the feeling of origin, of their culture and identity, safeguarding in this space possibilities of strengthening their techniques, languages, gastronomy and their own community bonding. Two, the encounter of the community with new knowledge, the knowledge that allows creating adaptation and connection with economic dynamics, that allow to satisfy their physiological needs and also help the subsistence of their own culture.

The proposal is the result of the material resources available and the technical capacity of the local people. The community demonstrates very good skills in the handling of Karanday trunks, which end up being proposed as the structuring materials of the project. The roof in its interior uses straw as a thermal protector, and at the request of the community, the metal sheet was used to provide greater security and durability.

The biggest problems encountered in their living spaces are the lateral enclosures, given this, we proposed to mold the earth of the place to install the ability to produce a noble material such as pressed adobe, where the Toba themselves are the ones who find the dosage to make it work. Flexible and independent walls to the structural skeleton, open and close taking into account the orientation and landscape, frame flexible spaces, assuming different sieves, openings, curves that allow integrating parts of the exterior to the interior space, in addition to generating diffuse limits, a space that opens on its 4 sides permeating the encounter. 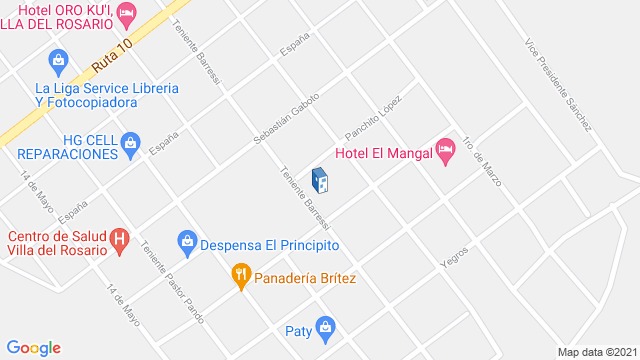 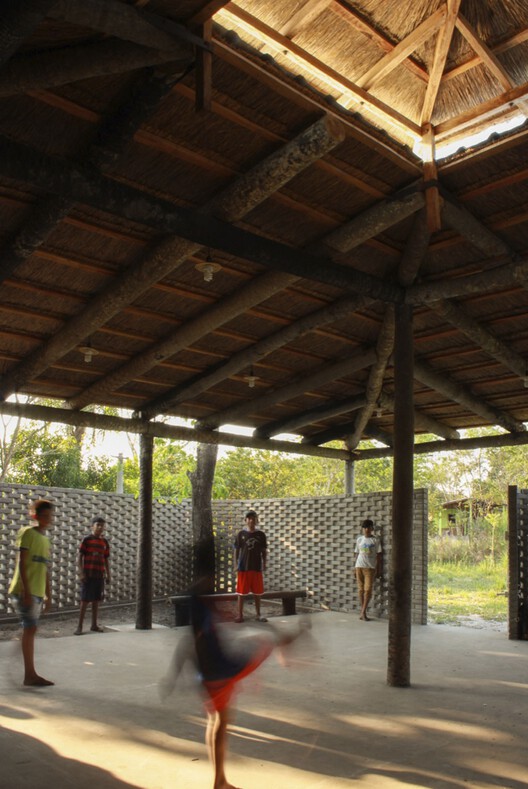 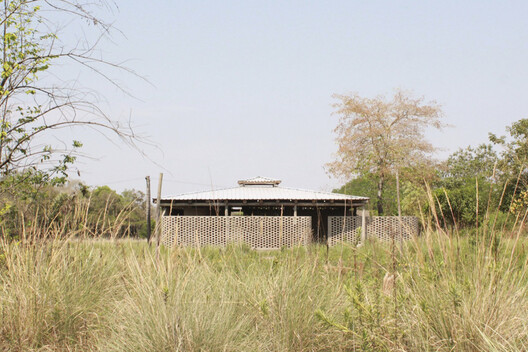