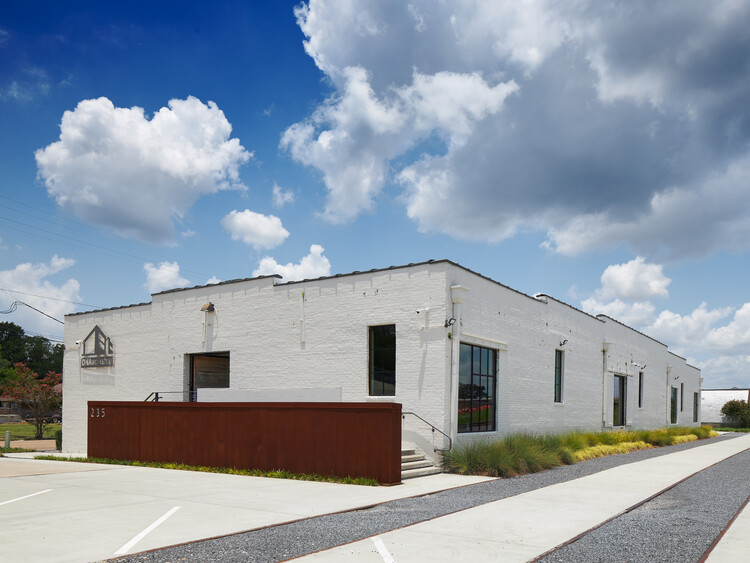 Text description provided by the architects. The existing building was originally built in 1919 as a climate-controlled warehouse with a railroad spur for loading and unloading of fresh fruits and vegetables. It was later utilized as a warehouse for dry goods and furniture until it was eventually abandoned.

Much of the existing structural members remain in their original state, nonstructural interior walls were removed, and new openings were created in the existing structural walls. This allowed for a new open office environment with half-height partitions added to provide occupants with some privacy without obstructing their visual connection to the outdoors. The renovation carefully complied with all National Park Service standards for historic buildings.

Windows and glass doors were salvaged from local buildings that were being demolished and used to create visual connections between the existing spaces. Most materials that were removed from the demolition phase were repurposed. This methodology resulted in minimal materials sent to a landfill and increased the richness of the resulting space by being respectful of the past and mindful of the future. The building was designed to LEED standards and includes unique elements like reuse of the railroad spur as a landscape feature, use of the roof ballast as base for the parking, and reuse of existing heart pine ceilings as a large exterior door.

A courtyard was created by removing the roof above an existing freezer space, effectively transforming the lowest, darkest space in the building into an open light well. The courtyard functions as a gathering space for the occupants and provides access to natural light and landscape. The strategic use of new openings and existing historic elements creates a rich biophilic space that promotes mental and physical well-being and creativity. This project was a major investment in an underserved area and is intended to be a catalyst for future growth and development. 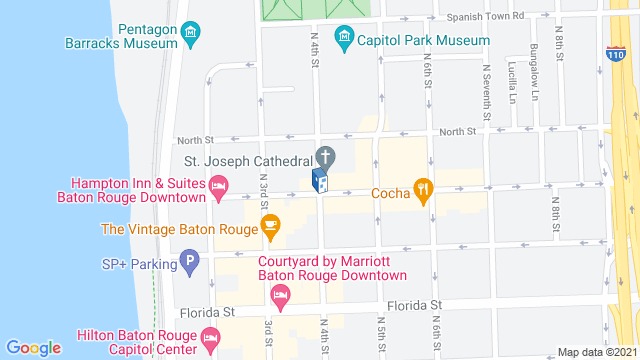 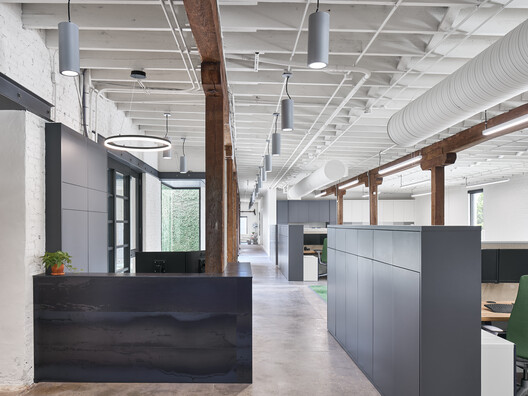