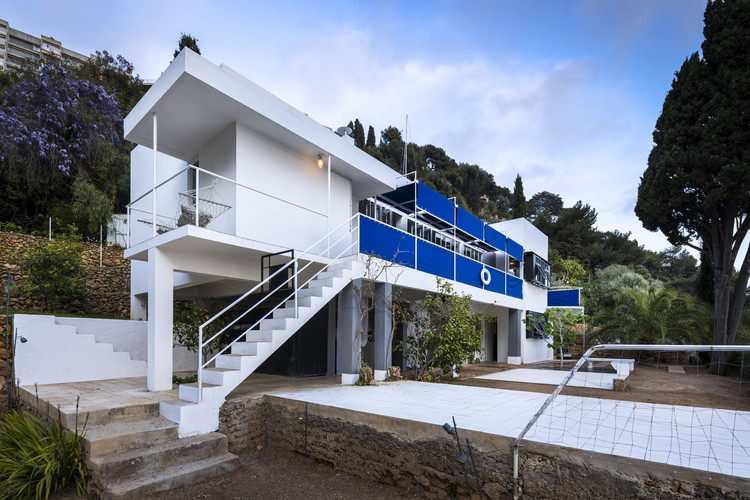 E-1027 was built between 1926 and 1929 by Eileen Gray and her companion, architect Jean Badovici. The name of the villa is derived from their initials: “E” for Eileen, “10” representing the letter J for Jean, “2” representing the letter B for Badovici, and “7” representing the letter G from Gray. The architect built her private residence as a peaceful retreat on a cliff in the French Riviera for her and her lover, creating a fully-customized interior design, fit-outs, and furniture. The structure's architecture employs Le Corbusier’s points of architecture, such as the concrete pilotis, open floor plans, a roof garden, and horizontal strip windows.

Although the villa was designed by Gray, the credit was always given to Badovici up until 1967. The project was known as Le Corbusier's "obsession", as he tried to purchase the property several times but continuously failed. Instead, he bought the property just nearby the villa, and transformed it into the Cabanon de Vacances. In the 1930s, the house was infamously violated by the Swiss architect, who vandalized the pure white planes of the house with eight colorful, highly sexualized murals while staying there as a guest. Soon after, the house was transformed into a target practice during World War II, where German soldiers practiced their aim against its walls.

Eileen Gray, Le Corbusier, and the E-1027 House: A Tale of Architecture and Scandal

The Cap Moderne site initially reopened to the public in 2015 and has been undergoing gradual restorations by the initiative of Association Cap Moderne, with the support of the city of Roquebrune-Cap-Martin, the Department of the Alpes Maritimes, the Provence-Alpes-Côte-D'azur region, the Conservatoire du Littoral, and the Ministry of Culture via the DRAC. Both the fixed and fitted furnishings were recreated using the original techniques and materials of Eileen Gray in 1929, to make the interior as accurate as possible.

The entire restoration of the villa and its surrounding landscape cost 5,5 million euros, 55% of it funded by regional authorities and the state, and 45% by private sponsorship and fundraising. 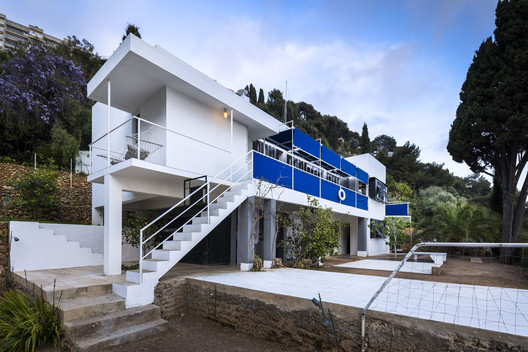