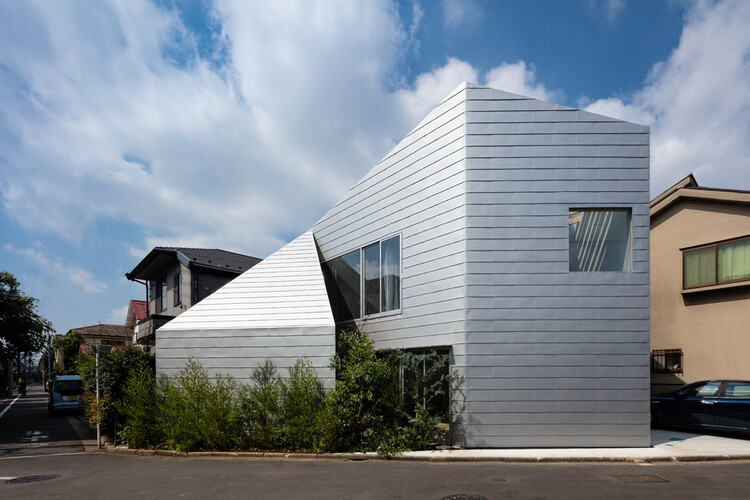 Text description provided by the architects. The ensemble of three triangles surrounding a quadrangle, K2 House occupies a site in Tokyo at the edge of a dense area of wooden houses, where gaps between houses form green paths letting through the wind and light. The house stands opposite a lively open block developed with a large-scale urban scheme containing a nursery school and a park. Programming began with the architect’s thought on gardens: “Making a garden creates a life-scape and a townscape. It can be a social behavior to settle in by personalizing one’s living space and expressing one’s personality. ”

Each of the three triangular volumes responds to the urban context. The eastern volume provides a covered terrace with an open-air garden wedged between the eastern and quadrangular volumes. The terrace reveals little, but a hint of the occupants’ being, from the street. Its tilted roof buffers strong winds from the park side, allowing in the breeze when a sliding door beside the garden is open. The western volume contains the kitchen/dining area that opens onto a garden strip linking to the green paths in the neighborhood. The northern volume shapes a white abstract space, filtering in light from above.

These three volumes bring inside an interplay of the daylight that varies with the rhythm of the sun. Sunny spots are spread throughout these volumes and, at times, the inside feels brighter than the outside. This daylight drama accentuates the overlapped impression of the different areas on the ground floor, blurring the interior-exterior borders, creating the comfortable impression of depth and that of buoyancy above to the upper portion of the quadrangular volume.

The architect’s belief is that “a garden unfolds one’s living territory into the town, and a series of gardens in the town comprises a human life-scape.” Directing the occupants’ minds to the gardens and beyond, K2 House underpins the unfolding of their lives at a slow tempo – a new life in the new place. 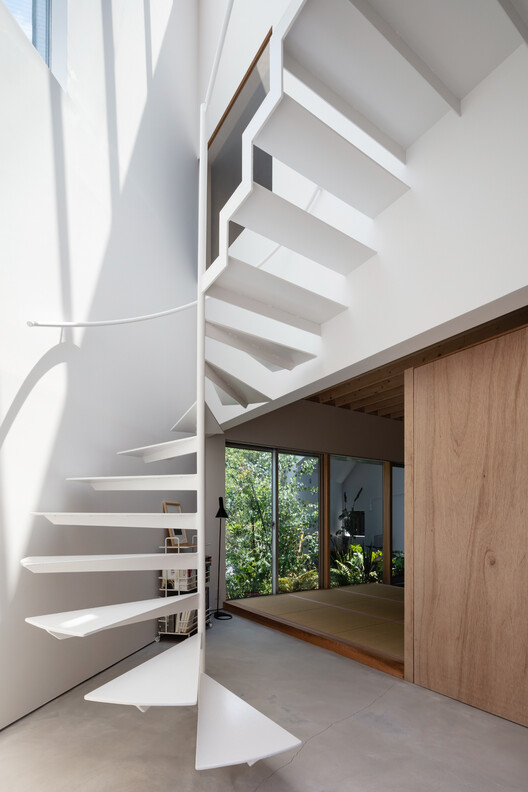 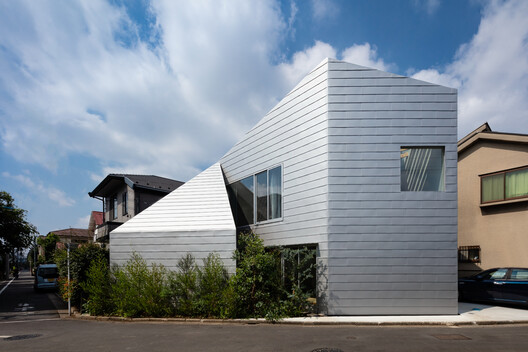