By defining sexuality as one of several sexual technologies, Michel Foucault has expanded our understanding of sex. This way, the relationship between architecture and the body is shaped not only by the built object, with its various spatial mechanisms for the production of bodies, but also by thinking, in the form of academic discourse. And vice versa, since gender and sexuality also impact architectural theory. One way or another, these relationships are very rich and capable of expanding our knowledge about architecture and the creation of generic sexed bodies.

With the recognition of these sexual indicators in architecture, the relationship between body and space witnessed a significant breakthrough in the 1970s. Feminism has been the guiding principle of this approach, especially by seeking a feminine/feminist know-how, clearly pointing out the contradictions in the concept of sexual difference. The same thing happens when we try to determine which architecture would be "gayer": Phillip Johnson's (an openly homosexual) or Le Corbusier's (an openly heterosexual), for example. In both cases, we see a line of thought that, despite its groundbreaking nature, still reproduces instrumental and determinist essentialism, which associates sexual identities with sexed spaces.

In the field of architectural theory, this tension develops in several ways. When Diana Agrest explores the presence of nature in her works, always associated with the feminine, she questions a project of civilization that is based on male domination. While rethinking the values of ornament and decoration, also considered essentially feminine, Jennifer Bloomer disrupts the paradigm of form/function and changes the negative meaning of these elements in the history of architecture. And when Ann Bergren and Elizabeth Grosz, as well as Paola Berenstein, argue that the khôra* is a carnal and feminine place, they are establishing the world on new foundations. For these reasons, it might be more interesting to stop automatically making an association between curvy and feminine and rather begin to unravel the historical motivations that led to these anthropomorphic associations.

As for the program, it is imperative to fight for feminist demands such as increasing the number of day-care centers and installing baby changing stations in all restrooms, which also need to be reviewed according to the needs of transgender people. These debates about typology and functional programs engage our field in the question of identity in a positive way. This happens when differentiation actually works towards the humanization of those who are different, and not towards the discriminatory reproduction of this difference.

With that said, does feminist architecture make sense? Yes and no. Yes, because the feminist agenda fights hard against the androcentric system in architecture, seeking to overcome the sexism that thrives in our practice. And no because, as Richard Williams states, feminist architecture is not simply the physical expression of a political and theoretical agenda. This contradiction reminds us of architect Susana Torre's answer to the persistent questions about feminine characteristics in women's projects. According to her, it would be better to reflect on how the project absorbs the problems raised by feminism, and not if there is a feminist way to design. This is consistent with the ideas of Dorte Kuhlmann, who states that  feminist architecture must "articulate in detail how the sexed body merges with the spatial environment to form a continuous but differentiating flesh of the world."

This amalgamation of the strings of reality is essentially an ontological reflection. In this sense, body and building are entities that no longer repel each other. A building is no longer an immune system of surveillance and reification of deviant individuals, but a device that builds itself through the relationship. Like Donna Haraway's cyborg, a hybrid of machine and organism, or like the camp homosexual, Marcia Ian's female bodybuilder, or Jota Mombaça's monster-body, the body is itself a building. This "space of biopolitical construction which is the body," in the words of Paul Preciado, can be a center of resistance to the universalism that has erased the body’s corporeal features, subsuming the contingencies of the masculine, white, cisgender, heterosexual body prototype.

The theoretical richness found when associating space, gender, and sexuality also lies in two major themes: queer and trans. Aaron Betsky's concept of queerness talks about a sense of emptiness of the body resulting from the necropolitical processes of a heteronormative society. But it also concerns the sublimation of the body as a fixed point and praises the qualities of adaptation, transversality, and relationality of this body that is constantly reshaping itself. Like gay nightclubs, BDSM, or any space for forbidden sexualities, queer spaces and queerness are events, determined more by practice than by design. This counter-construction creates unrecognizable ambivalent spaces, and therefore perfect for the production and reproduction of orgasms. This void, mind you, is very different from the functionalist void of modern architecture.

Modern spaces were based on a binary logic of penetrator-penetrated and were seen as a continent of human action, a kind of womb to be occupied by the active and dominating body of the public man. Queerness, on the contrary, is not a passive void but an active void, always inferred, suggestive, a kind of palimpsest of human flesh impregnated in the walls. It is the opposite, like a scorched-earth policy, guerrilla strategy, marginal survival.

But queer is still viewed as a cisnormative model in theoretical discourses. It doesn't embrace the more radical critique of the nature of the body as produced by the trans theory. As Lucas Crawford reminds us, "If the queer theory has expanded the perception of architectural designs that are reshaped to address a gay subculture, then trans theory suggests a model that goes beyond cisgender-centered design." While reflecting on the materiality of trans bodies and their architecture, the author proposes a series of procedures that explore these connections, what he calls transing. He speaks, for example, of cross-programming, a kind of subversion of the programs designed by the architect toward unexpected occupations. Therefore, he emphasizes the fact that the design is just one among the various elements that constitute a space, and that architecture is an ongoing project that never ends.

The aesthetic operation of transing, or transitioning, overturns once and for all any ahistorical pretension of the normative dissimulations of power and reveals that the notions of public and private are ideological. While queerness is characterized as an absence, trans is pure materiality, in constant transformation. Identity becomes an event rather than a rigid presence. The trans theory has endless contingencies, requiring a structure capable of producing more bodies than those tossed into the world. It totally rejects the last instances of essentialism because, as trans activist Amanda Palha says, "transfeminist political actions, (...) are legitimized with one condition: questioning the naturalness of sex."

In other words, the body is a social construct, not an object of nature. And, when surrounded by unknown forces, it cannot be expected to fully recognize itself, but rather to constantly re-create itself, like space in architecture. Modern transparency no longer exists.

The prevalence of this spatial revolution is the foundation for a reflection on Henri Lefebvre's differential spaces. If space is the product of social reality, created through and within the body and its movements, inscribing practices of sexuality and identity on these bodies will produce the most diverse spaces. Moreover, reclaiming the sense of love and affection of the individual towards his or her place challenges the modern functionalism that has repeatedly disincarnated the body through an optical logic. Recovering the other senses means reconnecting the body in its entirety, thereby being able to produce another architecture. When Foucault says that the body "has no place, but every possible place emerges and radiates from it," he inverts the primacy that space forms the body. The modern liberation machines do not understand that freedom is a practice and that no construction can lead to or create this liberation.

The agora must be reinvented. No longer as utopia - since it ignores the presence of the body by definition - nor as heterotopia - since exceptional spaces generate difference but do not produce everyday life - but as a ruin. Infiltrating, inverting, occupying, and hacking the agora means reinterpreting its political power of representing all forms of life in the city. An alliance of bodies that are unable to see themselves, fragile and shattered, but which, under this condition, can rebuild themselves and reconstruct the very architecture of the world, creating ruptures and opening paths.

This essay was developed based on the final considerations of the Master's Dissertation titled Gender and Sexuality in Architecture Theory, presented in 2020 at the School of Architecture and Urbanism of the University of Sao Paulo - FAU USP. The various references cited in the text were explored in depth in the dissertation, which can be accessed here.

*According to French philosopher Jacques Derrida, Khôra (also chora) is a receptacle through which everything passes, that which precedes discourse, whose function is to receive everything without leaving any impression or taking any shape of its own. Radical otherness. 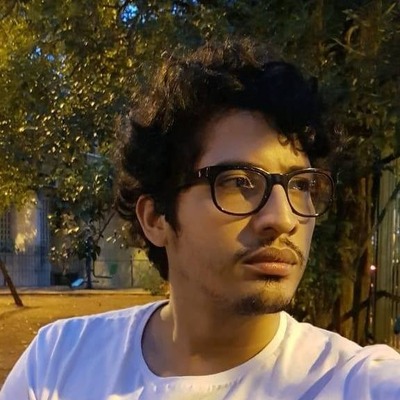