Save
Architecture Is a Deeply Emotional Experience
Share
Or
Copy

In this week's reprint, author Jacob DiCrescenzo explores the Emotional Experience of architecture, after having tackled in a previous article the so-called "feeling architecture", focusing on the psychology and emotion of the built environment. Arguing that "architecture is a deeply emotional experience", DiCrescenzo talks also about the benefits of neuroscience-informed design.

The Book of Genesis contains a compelling metaphor for the difficulties of architectural design. In the story of the Tower of Babel, humanity, which speaks a single language, unites to build a structure tall enough to reach the heavens. In response, the God of Genesis makes it impossible for the builders to understand each other. Frustrated that they can no longer communicate and thus collaborate, the project’s workers throw in the towel, leaving humanity’s greatest structure unfinished. As it turns out, a shared vernacular has been critical to architecture from the very beginning.

What is Architecture? According to our Readers

A shared vernacular—a common language—is the foundation of effective communication. Within professional disciplines, technical terms clarify expectations, minimize error, and increase predictability and productivity. Designers use this type of language to describe their schemes efficiently, as well as to clarify the thinking behind them. Architects and engineers use a shared language in order to discuss loads, stresses, and shear forces; massing, proportions, and volumes; and periods, styles, and movements. However, when it comes to the emotional impact of design, architects haven’t developed any such language. Even though I’m just 15 and have no formal training in the field, I’ve already noticed that design professionals appear quite reluctant to discuss emotion in the context of architecture. In fact, the field seems remarkably resistant to acknowledging the role it plays in design.

“The human brain uses emotion to assign meaning to the objects and relationships it perceives. Emotion is fundamental to the brain’s creation of meaning, and there can be no meaning or significance without it.”

In an earlier article, I advocated for a renewed architectural focus on the psychology and emotion of the built environment. In response, a number of architects suggested that rather than exploring emotion, which is a paradigm poorly suited to discussing architecture, I should instead address the concept of meaning. Implied in this advice is the idea that emotion and meaning are fundamentally distinct concepts, and that, as a result, architecture can be meaningful in the absence of any emotional response. The problem with this argument is that the human brain uses emotion to assign meaning to the objects and relationships it perceives. Emotion is fundamental to the brain’s creation of meaning, and there can be no meaning or significance without it.

For almost 30 years, ever since Antonio Damasio published his famous book Descartes’ Error, neuroscientists have been exploring the ways in which emotion is central to human cognition. Over the past few decades, emotion has been found to have a substantial influence on all cognitive processes. Among these processes are attention and memory, both of which play a particularly important role in creating meaning. For instance, we direct our attention to elements of the environment that have emotional resonance. We have an innate capability to discern “potentially significant stimuli (e.g., emotional) even when these are unexpected and hence not currently task-relevant.” The fact that we prioritize emotional information means that our brains are also more likely to learn and remember that same information, thereby conferring a certain degree of importance to the experiences surrounding it. The brain doesn’t merely notice and record environmental phenomena, however; it creates meaning based directly on those phenomena because the neurological regions responsible for creating emotion are literally intertwined with those that process sensory input and memory. Thus, emotion is central to everything we perceive, contemplate, remember, and value. The structures we notice and to which we respond are the ones that elicit strong emotions. In other words, the more emotionally powerful architecture is, the more meaningful we find it to be.

Architecture is about many things: safety, functionality, aesthetics—and, yes, emotion. At its core, architecture is a deeply emotional experience. Because architecture is inherently immersive, it’s uniquely capable of inspiring the “vitality affects,” those kinetic aspects of emotion that express themselves as movement in our bodies. We feel architecture, in the sense that we “feel an arch ‘spring’, a path ‘lead’, a line ‘soar.’” But in order to fully utilize the potential of emotion in design, architects will first need to acknowledge that it exists. It’s impossible to discuss a phenomenon that one doesn’t recognize or to integrate a concept one doesn’t understand. We must accept that emotion plays a significant role in architecture if we are to reap the benefits of neuroscience-informed design. After all, a structural vernacular is required in order to construct safe buildings; an emotional vernacular, then, will be essential to the creation of meaningful ones. This is where neuroscience can help. The science of emotion offers a wealth of terms and concepts that architects can use to discuss the emotional experience of architecture. By combining neuroscientific research and principles with pre-existing architectural practices, design professionals can learn to create structures that give people a powerful experience of the built environment.

“Maybe architects suppose that integrating neuroscience and design would result in a reduction of architecture into purely technical components. Maybe they believe that science is utterly mechanistic, poorly equipped to channel creativity. If these assumptions contribute to architecture’s aversion to affective neuroscience, they’re based on a fundamental misunderstanding of emotion…”

I don’t have the professional training that would enable me to understand architects’ discomfort with emotion; I can only guess as to possible causes. Maybe it’s due to an archaic separation of art and science, a distinction that places aesthetics in direct opposition to empiricism. Maybe architects suppose that integrating neuroscience and design would result in a reduction of architecture into purely technical components. Maybe they believe that science is utterly mechanistic, poorly equipped to channel creativity. If these assumptions contribute to architecture’s aversion to affective neuroscience, they’re based on a fundamental misunderstanding of emotion: what it is, how it functions, what it’s for. Emotion is the raw material of human consciousness. Emotion is what causes us to feel alive; it creates our experiences of beauty, wonder, and awe. Emotion—and our capacity to reflect on it—is not a part of our humanity, it is our humanity.

Emotion is a language the brain speaks. It is nonverbal, sensory, and fundamental to our interpretation of reality. It is the language of memory, imagery, and meaning. We cannot discuss meaning—including the meaning we make of our surroundings—without discussing emotion. The varied terms we use to describe “powerful” or “moving” architecture all refer to the same thing: our emotional experience. If we were willing to talk about emotion in the context of architecture, we would be able to create the very impact-focused common vernacular that has evaded us for so long. Conveniently for architects, the field of neuroscience can provide a set of terms and models that enable us to talk about emotion. By using these tools, design professionals could connect their structures to the fundamentals of human experience, thereby infusing them with deep meaning. The potential of neuroscience-informed design is immense. It’s time architecture wised up to it. 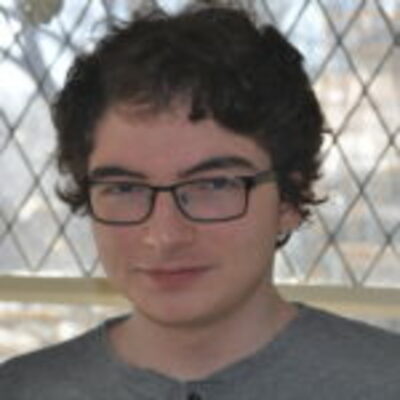