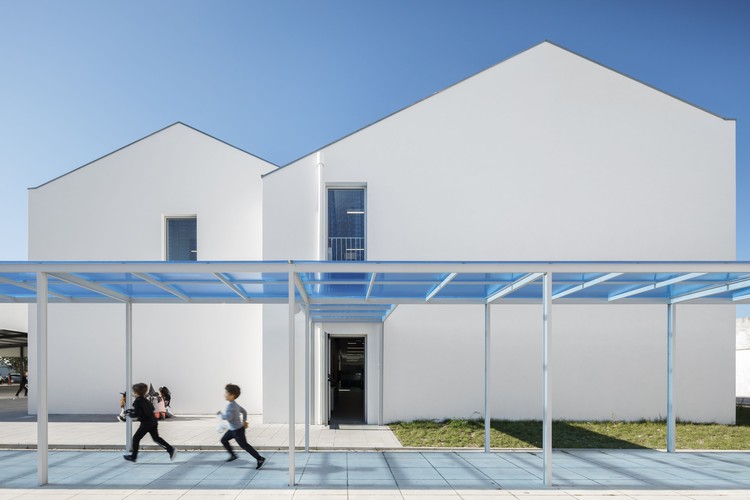 Text description provided by the architects. The aim was to create a new project to replace 8 basic educational classrooms at São Bernardo School, in Aveiro, Portugal.

For about a decade, the school was housed in a prefabricated pavilion, now reused as a  covered playground. Located between the cafeteria and the gym, the available terrain was a longitudinally  East/West rectangular shape.

The concept was a two-volume/two floors building, with an independent entrance and roof covering, as Aveiro is one of the highest rainfall districts in Portugal. In addition to the 8 classrooms, the program also included a teachers' lounge and a gym.

Juxtaposing “serviced spaces” with “servant spaces” (Op. Cit. Louis Kahn), the proposed concept was to consecrate the North exposure to the classrooms and to distribute the “servant”  spaces along the central corridor, big enough to have individualized student lockers.

This horizontal circulation longitudinal space is reproduced both in-ground and first floor,  with a connection through a wide staircase, beginning in the two-story high, entrance hall. The plan is approximately rectangular, "centre parting", with classroom façade cutouts strictly exposed to geographic North, to receive the “perfect light”, without direct solar incidence. Exceptionally the covered entrance evades the East / West orthogonality and aligns the walkway through a 45º axis.

The four slopes articulated roof allows a two volumes silhouette, that conceals in the middle “valley” the HVAC equipment and the solar panels. The white tile and walls option unifies by color the two volumes, the outer walkways in  Thermoclear blue frames the white, adding to the opacity of the built mass the lightness of the translucent porches in sky blue. 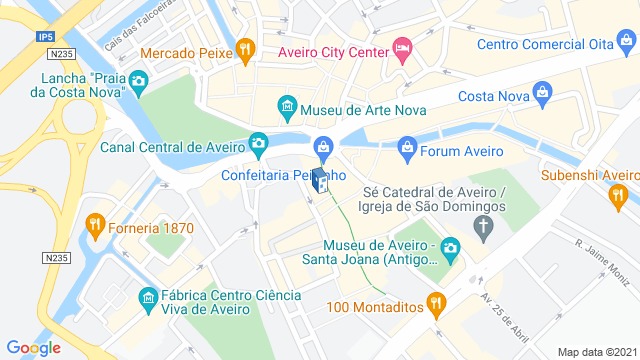 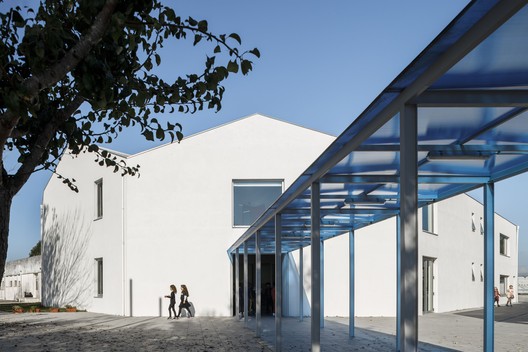 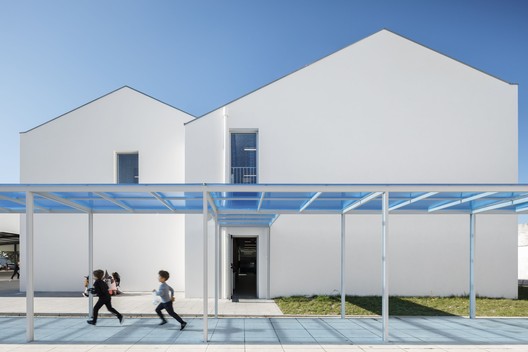