Designed by architect Renée Gailhoustet in 1972, the Cité Spinoza residential complex is part of the master plan created for downtown Ivry-sur-Seine, France. The project is a rendition of the Unité d'Habitation de Marseille by Le Corbusier, a major architectural reference for architects at that time. Architectural photographer Anthony Saroufim took the streets of the Parisian Banlieue and captured the modernist architecture's distinct concrete geometry. 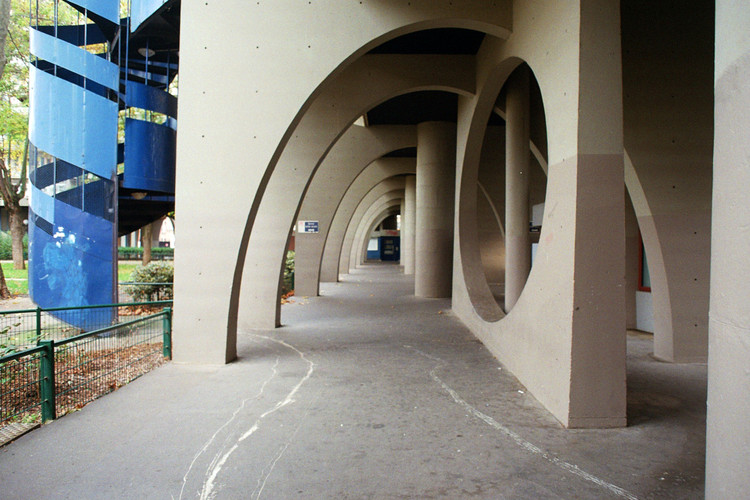 As stated on Frac Center-Val de Loire's website, the raw concrete building contains 80 duplex social housing units, a young workers' hostel, and collective services, all distributed by interior streets. Gailhoustet wanted a hybrid building with a program mix. He fragmented the structure into three bars linked by a central vertical circulation. The activity rooms, the workshops, the medico-psycho-pedagogical center, as well as the children's library, are all located on the first floor. The facilities are structurally independent, as they are composed of modular elements that can be adapted and enlarged as needed.

The architect carefully designed its arched components, transforming them into benches in some areas of the project.  Often occupied by children for its playful geometric elements, the project illustrates the unprecedented principle of pedestrian "promenades" proposed by Jean Renaudie in the Casanova terraced building, and then generalized to the entire downtown area. 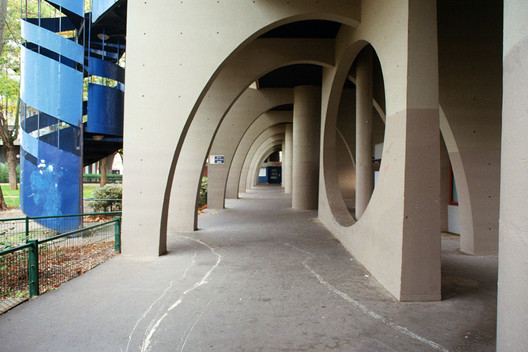