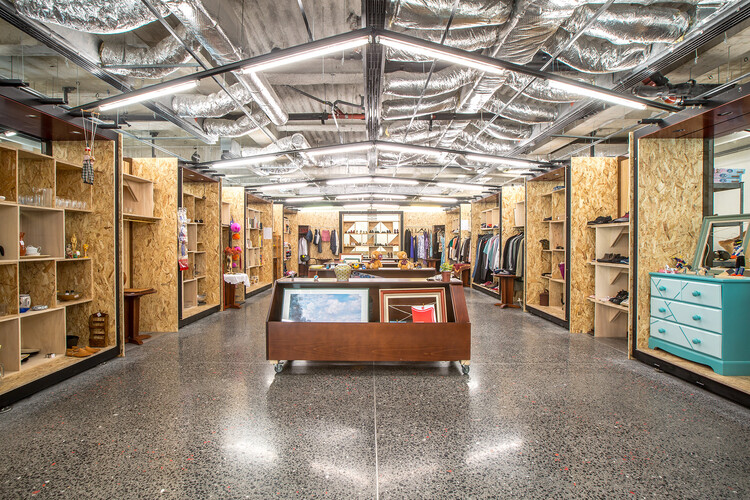 Text description provided by the architects. As part of the Oasis project championed by REI Habitat and la SemPariSeine, winners of the second “Réinventer Paris” competition, the old Musée de la Libération located on the site of the Jardin de l’Atlantique is soon to be the site of a variety of new uses. In keeping with the natural process of transient urbanism that shapes our cities more and more, the Salvation Army is to occupy the ground floor of the west aisle of the museum to open a temporary resource centre. The multidisciplinary architecture agency WAO is proud to have designed this pragmatic and circular project of interior refurbishment. Committed to waste reduction and virtuous design, we have made every effort to get the most out of the existing site and the opportunities it offered.

Reuse and reversibility were at the very heart of our project. Our first intention was to reuse the existing materials as much as possible, making the most of the museographical installations, and reducing unnecessary operations. Our goal was to adapt the refurbishment by considering its contexts would be done for a topographical or urban site, but on a scenographical scale. Very little was demolished and the elements that had to be removed were reused on site.

All 10 metallic windows that were sealed to the floor were kept to clearly mark the boundary between the shop, which is open to the public, and the triage space. The transparency of the existing glass screens enhances the value of material reuse and the work done by the Armée du Salut; The false ceilings on site were removed to be refitted onto the metallic exhibit mounts located around the museum to make the triage tables; The luminaires of the old museum which were integral to the exhibition mounts were repaired and reused to light the whole of the visitor and triage space. The 60 fluorescent tubes were suspended and removed to highlight vanishing lines on the technical ceiling of the room. This creates a visual continuity between the public space and the workspace; Old wardrobes reclaimed by the Armée du Salut were laid on their side and fitted with wheels and thus turned into triage trays; in some cases, they served as anchor points for partition walls.

The crux of the project was its short-term character which prompted us to act with opportunism by ensuring that the materials and refurbishments we were designing would have the potential to be reused. All the window displays of the shop space were dressed with bookshelves, onboard storage, and storage containers that would later become benches and seats; A Partition walls between display windows, designed so as to become tables once removed, were already fitted with feet and screws; The counters were conceived in a modular way to be adaptable to all sorts of configurations once reintegrated in the future hotel project. 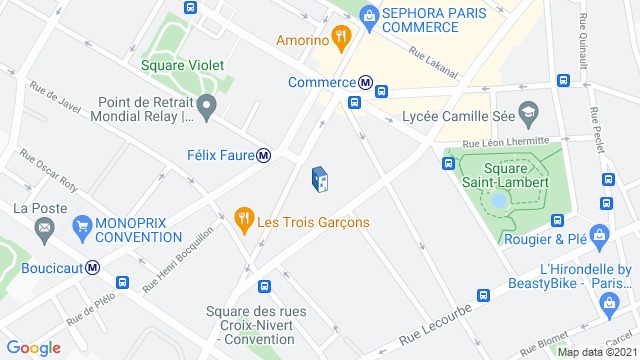 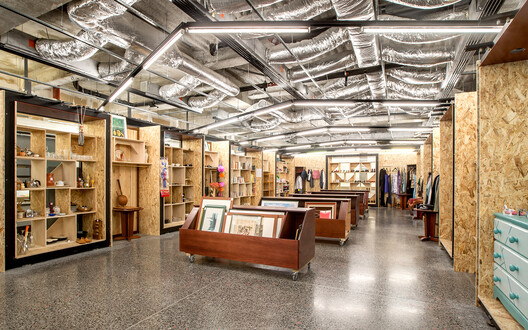