Danish design studio ADEPT has won a competition to design one of Germany’s largest fully-wooden construction buildings in the Wandsbek district of Hamburg, Germany. The building, which counts almost 34,000 sqm, is expected to open in 2026 and will house public administration facilities. 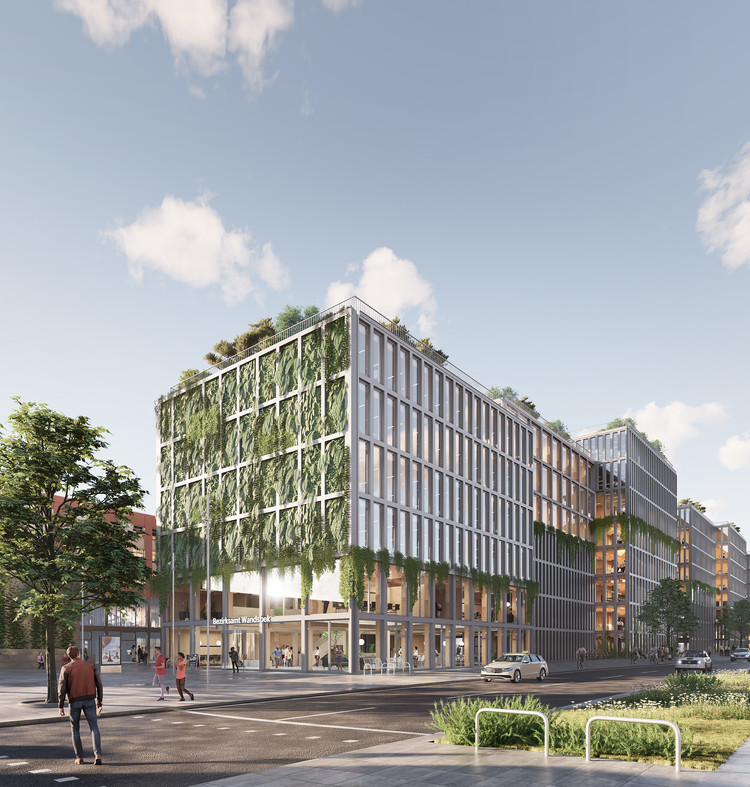 Both the architecture firm and the project's client envision the building as a "sustainable pilot project" with its green facades and exposed CLT constructions. The project will be built on a narrow plot that has influenced the structure's characteristic narrow shape. The structure is split into smaller shifted volumes, which alternate in height and facade to make the space more human-oriented, and to animate the facade.

The primary arrival plaza creates an attractive urban space, with a fully green gable rising above street level. The rest of  the façades have green elements that reflect the green roof gardens at the top of the building. The outer facades are designed to highlight the project's openness and visual and spatial comfort with its emphasis on interaction with users through warm and inviting atmospheres throughout the building.

The client’s high ambitions to build the house as a beacon for sustainable construction fit well with our own passion for creating sustainable solutions rooted in functionality and users. It is enormously inspiring to build for a public developer who takes on the responsibility of supporting behavioral changes in users and society towards a deeper responsibility towards the earth’s resources. -- Anders Lonka, the project’s responsible partner

ADEPT has recently completed the design of the development of Oberbillwerder, the new 105th district in Hamburg, the development of the 1100 ha district Neuperlach in Munich, as well as the transformation of the cultural building
Marinehaus in Berlin. They have also been announced as the winners of a competition to redevelop Berlin's Marinehaus as part of the city's Stadtmuseum group.