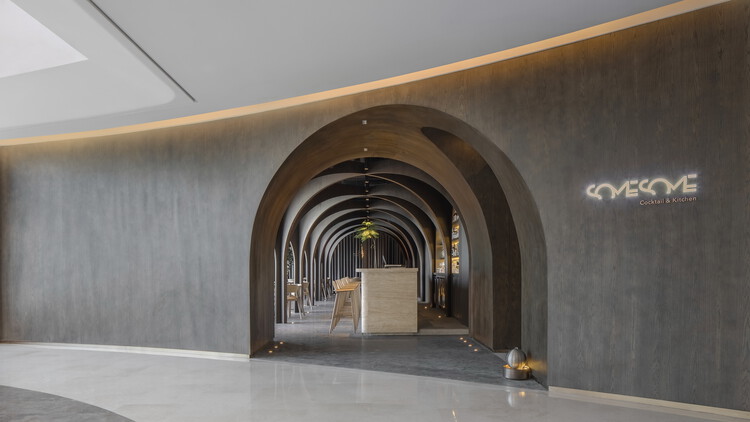 Text description provided by the architects. With the vision of dining experience being both modern and classic, trendy and artistic, the audacious brand SOMESOME teams up with MARS Studio to open its new restaurant in Taikoo Li Sanlitun. Instead of blending into the vigorous context, the restaurateurs and designers seek to build an urban retreat amid the bustling retail neighborhood. Intimacy. Like a good recipe always has different flavors balancing out and enhancing each other, space tends to celebrate the notion of neither collectiveness nor intimacy, but rather a fusion of the two. Within the spectrum from open, to semi-enclosed, and to completely private, dining areas are subdivided, compartmentalized, and segmented into “cocoons”, each centered on just one or a small group of tables.

It is a place for both sharing and immersing. Warp. If a straight line and a flat surface following the orthogonal coordinate system reflect the ideology of rationality, then a warped surface embraces sinuant yet diverse meanings – stretching or folding, welcoming or rejecting, navigating or incarcerating, etc. Warped surfaces act as the key mediator of identical urban strategies throughout the space.

When confronting the crowded public entry, it builds up a thick shell with deeply carved portals allowing for peeping eyes, and when facing the outlook with large folding windows that can be completely open, it morphs into thin and open frames to formulate a matrix of cross arches allowing for the view out and air to flow. Progression. Adding the dimension of time into cognitive experience helps one to read space as layers of memory.

While the repetition of arches in the main dining hall generates rhythmic tempo, moving through the deep thresholds, on the other hand, is the sequential unfolding of curiosity: from the carved entry hallway, through another threshold, to a banquette seating area, through yet another portal, to the private dining room, and perhaps finally, to the lavatory. As one moves through, space is constantly compressed and released, hidden and revealed, and his curiosity reaches the epic as he finds himself finally at his destination. Two facing mirrors in the room fool the eyes furthermore with the illusion of an infinite journey dominated by spatial progression. 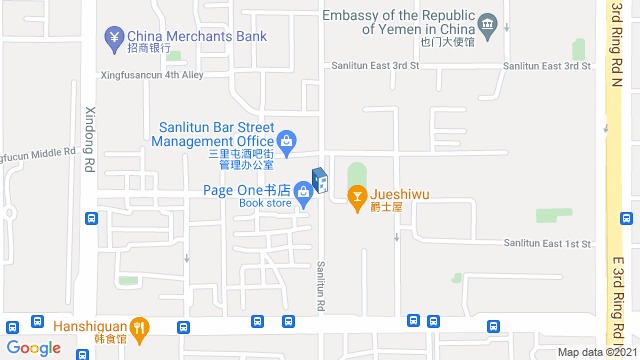 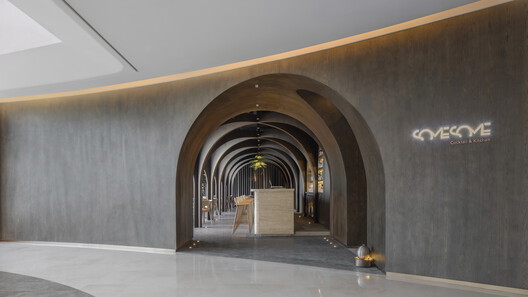