Save
“Materials are Being Produced According to Fictitious Demand”: In Conversation with Irene Roca
Share
Or
Copy

Irene Roca’s “Appropriating the grid” project is born out of the contemporary ruins of our current construction processes. An exploration of the waste that is generated and the legal complexities of discarding this waste awakened a sense of urgency and creativity in the architect, resulting in a collection that molds and re-formulates construction waste into versatile interior design objects.

Roca began studying architecture in Spain as the world plunged into the financial crisis of 2008. The effects of the crisis on the architecture and construction industries were present in her studies for the next 4 years, as she began to delve deeper into the problems of how we build what we build —and what this means for society going forward.

We asked Roca a few questions to better understand her project and her reflections on the current state of architecture and construction.

Towards a Common Practice of Material Recycling

Daniela Porto: Tell us about how you arrived at this project in the first place.

Irene Roca: I began my project in 2018 under the premise: How can unfinished domestic spaces play a decisive role as tools for social empowerment. Can we use unfinished architecture structures to start creating more participative and society-reflecting environments?

After the financial crisis of 2008, many European countries were left with a new landscape of unfinished and empty buildings, which remain mostly untouched nowadays. The so-called contemporary ruins are a reminder of an era of excess and a striking contrast to another sad reality: the residential crisis. In 2019, an estimated 1 million Spaniards did not have access to a dwelling. This is not only a question of homelessness, but of a sector of society that cannot economically afford access to adequate housing. Of those who had access to new constructions since the 1990s, 40% stated that their domestic spaces did not adapt to their daily needs.

What is happening is that the construction market is not only excluding a large sector of the population with its economic inflation, but it is also building a product that doesn’t represent the society that inhabits it. Who are we building for? Is it the architectural and construction world listening to the residential needs of their users? Or has it become a money-making machine that has strayed from its original function based on the universal right of housing?

To what extent is new construction ethical, sustainable and justifiable considering the amount of unfinished and empty real estate stock that we have in developed countries?

My research is a journey through all those questions, and what I hope to be a positive view towards the future of those unfinished spaces. I had to understand what those spaces are and why they exist. This is how my project became what it really is today, a critique of the way of producing and consuming architecture in developed countries, from the point of view of sustainability and social inclusion.

DP: You mention that “Making use of legal grey zones to obtain materials in perfect condition, discarded by construction companies, underpinned the production of the collection”. Can you tell us a bit more about these findings?

IR: A lot of our construction materials come in packages, they all follow standard safety regulations and their quality is checked according to European Union regulations. But a percentage of those packages or materials break on their way to the construction site and the merchant can no longer sell the material, and so it is classified as construction waste.

This kind of waste cannot go to a normal disposal container. What happens in most cases is that each company has their own waste container that is collected once a week. But when you research what happens to those materials, you find out that they are just being piled somewhere in the countryside. There is no real recycling system.

Because I developed a relationship with suppliers during my research and they understood my project and purpose, they allowed me to collect any material I wanted from the pile at the end of the week. But legally they cannot give it to me, because it is already classified as building waste and I would need a license to collect it. There was a general feeling of resignation in them. They agreed with me that the situation needed to be fixed but they couldn’t do anything about it.

DP: How do you think we could avoid this overproduction in the first place?

IR: Our economy is based on producing, trading, and supplying goods. The construction industry anticipates future demand, as in any other industry. The problem here is that sometimes this demand is fictitious and based on speculation, and the supply chain is long and there is overproduction in almost every step. From the constant creation and discarding of construction materials to the way of producing the spaces that surround us, which are delivered completely finished and pre-designed without even considering if that is what the user will need.

What has been most shocking to me during my research is that the supplier company already counts on having a percentage of discarded materials every week, so it orders according to that. This means that materials are also being produced according to a fictitious demand.

I think we need to start consuming materials from local sources, trying to keep the production realistic to the demand. I also think governments need to intervene and stop the speculation game that has been generated around properties. We need to stop treating this industry as a money-making machine and build only when necessary and under the needs of the users. Also, the way we regulate the quality and safety of materials makes it almost impossible to bring back to the chain a product that has been discarded.

I did a lot of research on the case study of Torre David and Urban-Think Tank in Venezuela, another example of contemporary ruins. This is an instance of architecture and interior design that evolved with the inhabitant's needs.

DP: In your opinion, what would need to happen for construction material waste to be fully reusable?

IR: We would probably need to change the way some of it is produced or even its compositions. When we have a material that has been treated chemically, like the glass we use for windows, recycling it is almost impossible. We need to start looking seriously at how we produce materials. We know that the construction industry accounted for 36% of final energy use and 39% of energy and process-related carbon dioxide (CO2) emissions in 2018; 11% of which resulted from manufacturing building materials and products such as steel, cement, and glass.

We also need to find a new purpose for the materials that we are not able to treat. There are systems and companies in a place like Rotor that is doing fantastic work in relocating materials and products.

DP: How did you choose the materials you used for your project, above other possible construction waste (e.g. ceramics, wood, etc.)?

IR: I couldn't believe how certain materials such as concrete or sands were so easily discarded; these are materials that are extremely polluting. From the beginning, I wanted to focus on materials that are very linked to architecture construction: concrete, bricks, metal mesh... Also, materials are major carbon emitters.

We need to understand that we cannot discard a material so easily after we pollute so much to produce it.

The whole collection has been handmade by myself, from the grinding, welding, repurposing the bricks and pigments, to the casting. I needed something I could easily shape into what I wanted without losing its feeling. I wanted people to see the original materials and see what else they could be.

DP: Do you see your project scaling in any way?

IR: Yes, I do. I used furniture and materials as a media to communicate architectural ideas. During my two years of research, I looked at a lot of different examples of informal settlements around the world. We can see in them the potential for innovation and experimentation. If we want to put design in service of a more sustainable and equitable future we need to start building with less. People have to start taking part in the decision-making process of their residential spaces. To promote this, we can create structures that can evolve with their users, relocating materials that we can no longer use in standardized construction for a different purpose without compromising any structural integrity. Maybe furniture, maybe small-scale architecture... anything we may need.

In the idea of appropriation, there is also empowerment, and that is the final goal of the project, to empower people to make things and to push for a change in the way we classify and code things in Europe, that is sadly not allowing us to do much in certain situations. 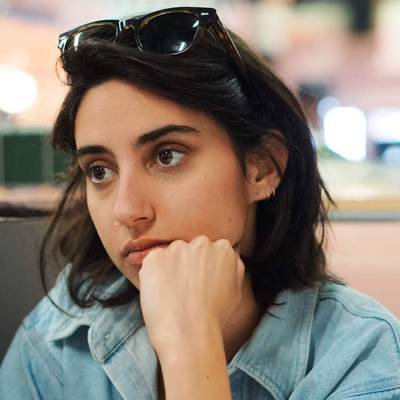 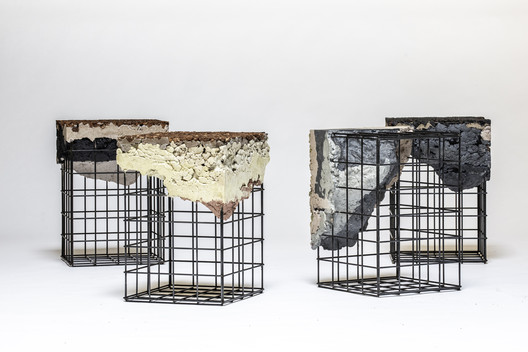