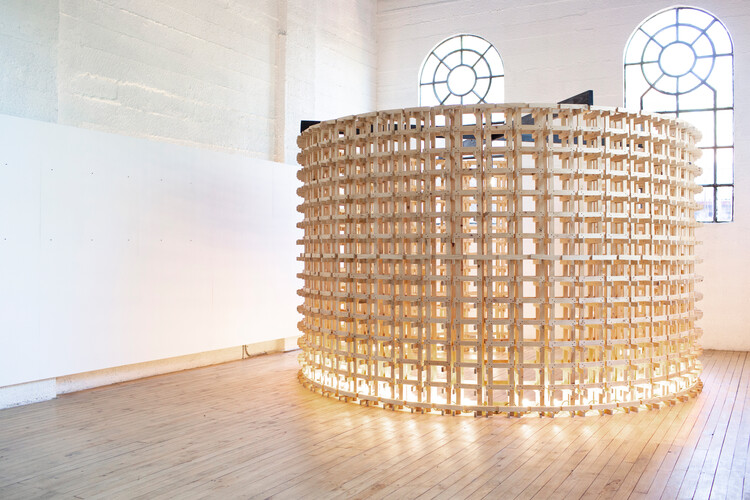 Fragments room is a roving pavilion for exhibitions. A cylindrical wooden room is proposed for it, capable of fitting like a “wedge” in potential cultural spaces, using an object without a clear direction, beyond a hollow used as an entrance.

The autonomy of the pavilion has, as its sole purpose, building one room within another, on one hand, in remembrance to the former than in the past housed a “Cabinet of Curiosities”, while, on the other, with the goal of looking into the possible mechanisms of progression considering the fitting out of cultural infrastructure on incorporating a single room.

The cylinder is built by a systematic repetition of a single column that forms a permeable and semi-transparent screen, making its visitors part of what is exhibited there, in the background and figure relationship.

Likewise, due to its autonomy, this object can be understood as an extension of what is shown there, i.e. as just another piece being exhibited, even though there is nothing else there.

The first staging that housed “Fragment Room”, was a retrospective to “Catalejo”, an essay of Azócar Catrón, where a route is set out through the five hills around the historic hub of the city, and a pavilion for each one of them, five in total.

The exhibition considered five monolithic planed wooden models, laid out on plinths like a still life painting. A mesh, normally used in construction, was mounted on the inner face of the cylinder, on which the proposed route is captured, thus unifying the five hills in a single profile.

Both parts of the exhibition tried to put, on a human scale, an invisible image of the natural heritage of the city of Concepción, with the goal of making these potential public spaces visible.

After wandering around different places in the city, Fragments Room is now in the Franciscan Monastery in the city of Chillán. The inclusion of the pavilion led to the recovery of an abandoned cultural space, which in days gone by, had been the Church Museum. With this, three other elements were added; the pavilion, with a couple of beams that aim at containing the space of a small room; lighting so that it could work independently from the rest of the place; a wall made from whiteboards; and, a curtain.

Ultimately, Fragments Room is one room inside another, a promoter of a new cultural space that is open to the public, or at least, is a curio. 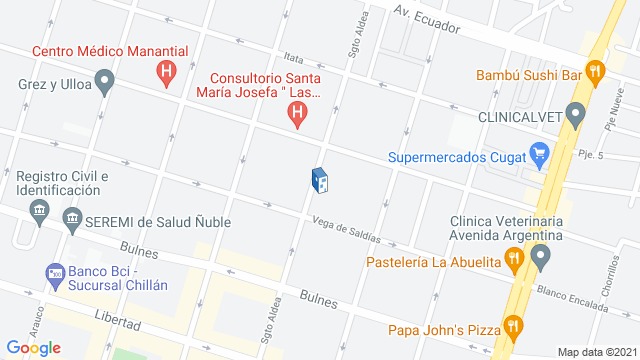