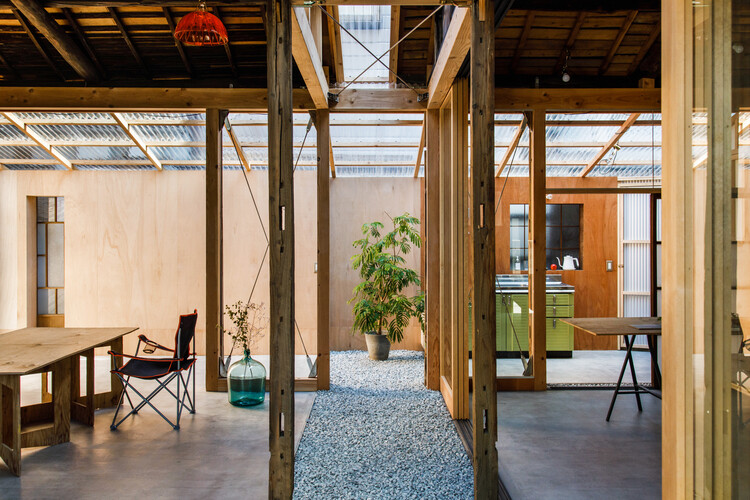 Text description provided by the architects. This is a project to renovate two row houses in Honjo, Kita-ku, Osaka City, into an office and event space.

The row houses were originally separate dwellings with a road leading to the back between them. At some point, the house, including the street, became a single residence. Furniture was scattered about, floors and walls were peeling, and some of the pillars were rotting.

We re-routed the original path between the two row houses and inserted structural reinforcement across each. In addition, we laid a flat earthen floor so that the whole space is continuous, and roofed the part that used to be the porch to create a large blank space.

or the large blank space, we defined the space by creating a large table, wooden fittings that can be fully opened, a top light that is as bright as outside, gravel that draws the outside in, and windows that allow the wind to pass through.

In order to inherit the existing architecture, we reused not only the composition but also abandoned furniture, lighting, and fittings, and left the pillars, beams, back of the roof, and mud walls with their original expressions. The pillars and beams, the back of the roof, and the mud walls have been left in their original state. In order to preserve the old while at the same time giving a sense of the new, the work has been left unfinished.

On the construction site, the designers and builders gradually build things up through trial and error toward the completion of the project, but in this place, we dared to leave the groundwork as it is and let everyone think together to build up the space.

We have decided to call this project, which has a "blank space" with no predetermined use, "the site", a state of "continuing to move toward completion". 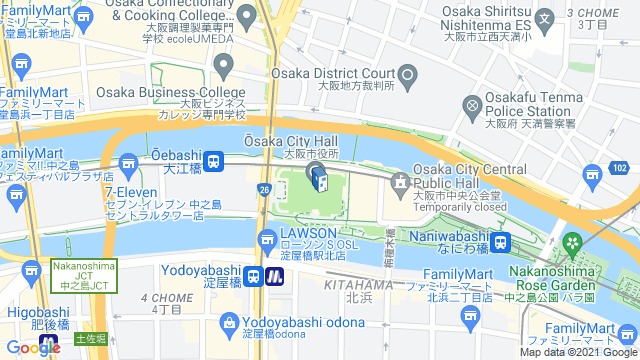 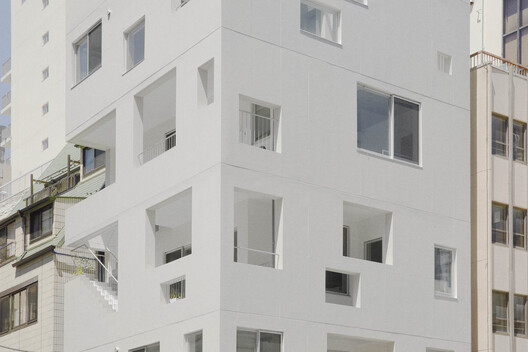 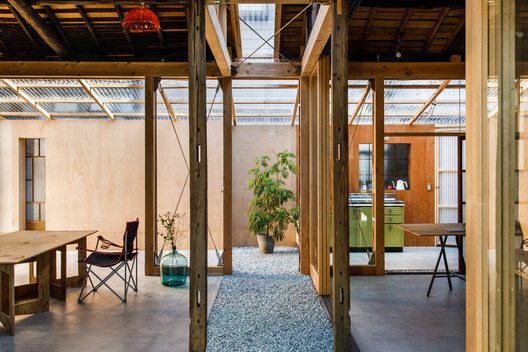