Save
House in Hikarigaoka / f a r m 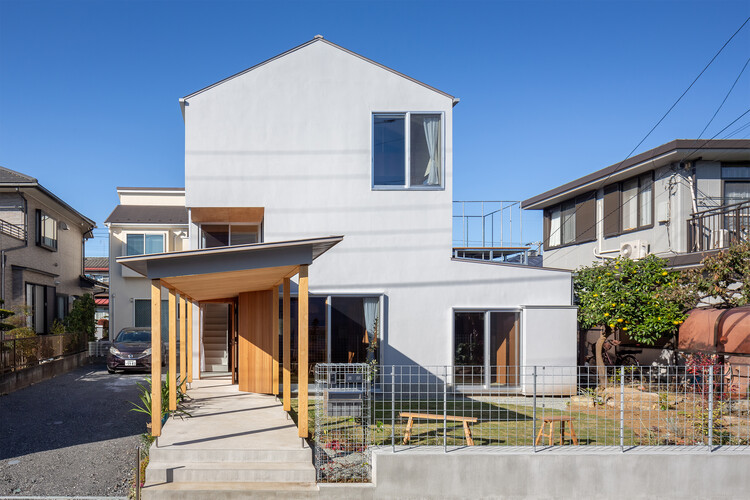 Text description provided by the architects. The site is a suburban residential area that was developed in the 1960s. The client wanted to rebuild the original house and create a two-family house for mother and children's family. We used the context of the existing house as a base for our design, as there were many requirements such as the location of the existing building, the location of the garden and parking lot, the location of the Japanese-style room, maintaining the number of rooms, and preserving the existing trees. We thought it was necessary to unravel and reconstruct the environment embodied by the inhabitants in order to create a new environment.

We felt two trees rooted in the land (a plum tree and a summer orange), though modest in their presence, created a solid outline of the relationship between the house and the garden in the past. The plum trees seen from the room, the yellow ripening of the summer oranges in early spring, the flowers and trees in the neighbor's garden, and the rich nature that reminds us of the changing of the seasons, we thought would provide an opportunity to organize a new life.

We first defined two gardens, a hard-finished stone garden that welcomes people, objects, and cars from outside the site, and a soft-finished green garden where plants grow naturally. Then we put large pavilion-like porch connects the building, the two gardens, and the road. We named this a “garden port” for people's place in the suburban cityscape where carports are in the foreground.

The garden port is pierced through the building to allow light and wind to penetrate the entire building. In the interior of the building, by shifting the position of the private volumes finished with lauan plywood, and by adding two voids and a loft, we created a gap space that connects the entire building together. Openings of different heights and sizes are placed in the gap space finished by white-painted plywood to create different shades of brightness in each location. In addition, the gap space allow the line of sight to pass through to the other rooms, the two gardens, the neighbor's garden, the park, and the sky, so that the circulation does not end in the rooms but is opened up to the gap space.

While maintaining the "suburban appearance" of the exterior, with its inherited building plot and ad hoc segmented volumes, the enlarged porch and the gap space with different scales and textures superimposed on the private rooms give the living space a multilayered character. By connecting the self to others and to the more distant outside through these spaces, the former relationship between house and outside is renewed as a flexible link between individual, family, and community. 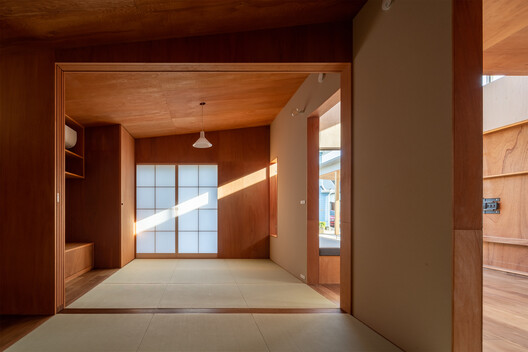 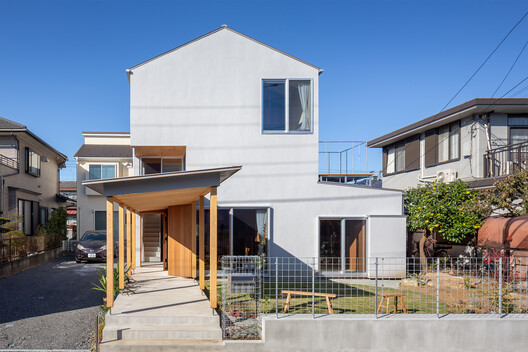