Save
Casa do Arco Apartment / ArquitecturaViva 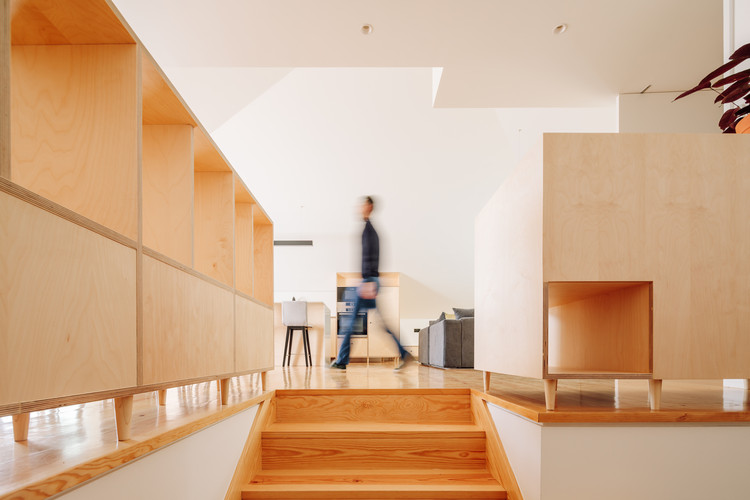 Text description provided by the architects. The apartment, located in one of the most emblematic squares of the city of Leiria, Praça Rodrigues Lobo, is on a corner lot within the historic core of the city in a building of 4 floors that have been completely remodeled, and the top attic floor, is where the apartment is located.

Intervention on the attic roof of this 19th-century building, with an extension at the beginning of the 20th century, in 1912, resulted in an amalgam of roofs, 6 roofs with different slopes, a consequence of trying to make the smallest possible external intervention.

The client contacted us during the course of the work, when she found it to be an apartment completely out-of-character, with a roof that looked like a circus tent, lost as to which direction to take regarding the design of the ceilings and furniture. In renovating the 135m2 apartment, there was a need to have all the formal areas that a dwelling requires, and we had all the openness on the client's part to work on an open plan, with all the flexibility that this allows.

The work that was developed, of minute detail, was very dependent on the available area, the result of roofing work. Ideally, the number of sloped ceilings would be reduced to a minimum, without lowering available headroom too much. It was possible to go from 6 to 3 slanted ceilings, keeping all the pitched roofs, except for the office, bathroom, and entrance hall. This arrangement of ceilings allowed us to work the open plan in different ways, marking out the spaces and introducing amplitude and containment as needed.

Once the ceilings were defined and having the kitchen, dining area, living area, entrance hall, and office all in the same space, the decision was made to create a uniform environment, using few materials: pine flooring, birch plywood furniture in the social area and white walls. In the private area of the apartment, because they are smaller spaces, we opted to differentiate with white lacquered and, once again, all the furniture was custom-designed, taking advantage of all possible spaces. In the bathroom, we used the sinks that were recovered during the construction of the rest of the building. 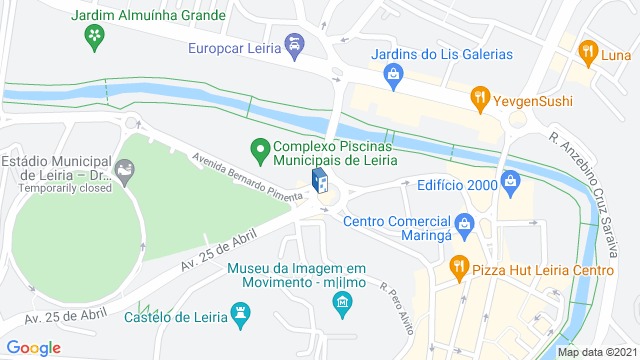 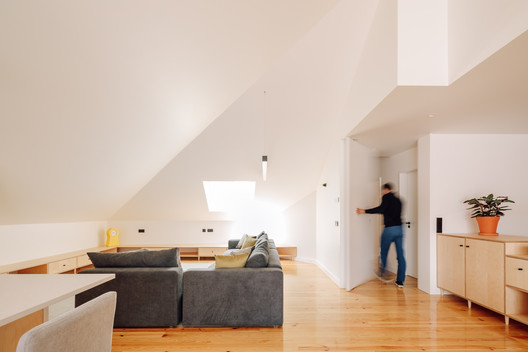