Architecture firms Topotek 1, Johannes Kappler Architektur und Städtebau, and Super Future Collective have released new images for the Nuremberg Concert Hall. While the project is on hold due to the pandemic, the competition-winning design was made as an addition to the ensemble of the Meistersingerhalle. The project is driven by the 1960s architecture of the existing building, and will address acoustic issues to provide a world-class space for performance. 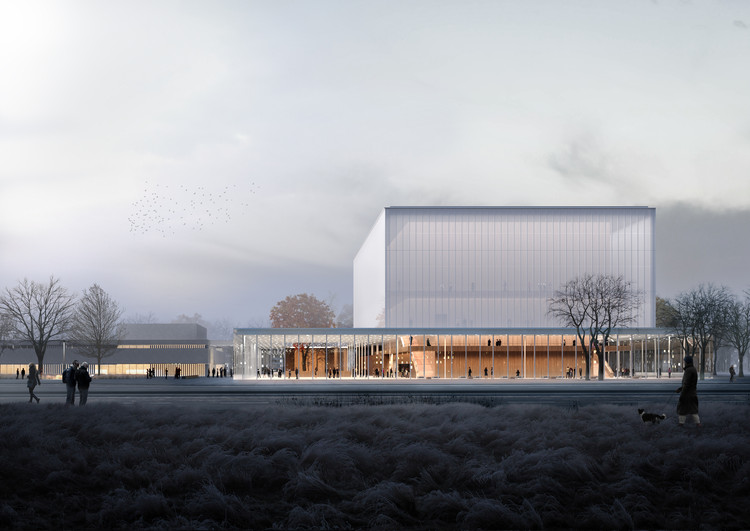 The design for the Nuremberg Concert Hall would seat over 1,700 people, featuring an ideal "shoebox" style space. The concert hall was organized to engage the existing infrastructure and context to create a connection between the present landscape and public space. As the team previously stated, the combination of the existing building and the new translucent exterior envelope provide "a house with four fronts" that engages the surrounding landscape on all sides. The completed design stage introduces a strict color-coding that defines the use of spaces.

Though Nuremberg Mayor Marcus König announced that the development is put on hold due to lack of funds, the design has been well underway. The hall would limit reverberation time to nearly 2 seconds, and the largest distance from a seat to the stage would be no more than 35 meters. In contrast to the existing building of the Meistersingerhalle, the open foyer is wrapped in a transparent skin, while the design of the outdoor space continues the existing structures and reinterprets them through the project's materials. 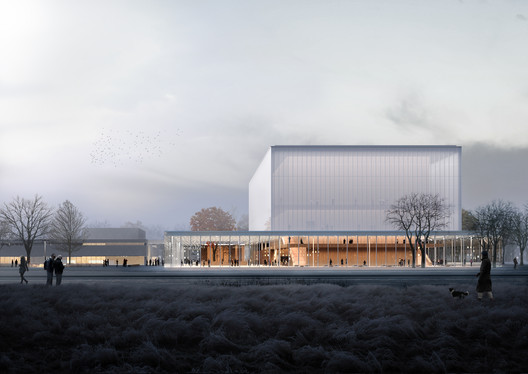